Instead Of Being Distracted By ‘Padmavati’, People Should Watch ‘Kadvi Hawa’

By shakeel ahmad in Culture-Vulture

The film “Kadvi Hawa” bears a resemblance to another yesteryear film “Garm Hava”. “Garm Hava” focused on the partition while “Karvi Hawa” focuses on the plight of poor farmers. Both films can be seen as portraying the change in human emotions in accordance with the given circumstances and conditions.

It has been a long time since a film like “Kadvi Hawa” has hit the theatres. Through its title, it gives an inkling of bitterness. Its gripping story is about the lives of poverty-stricken people and their desires. We had seen somewhat similar themes being covered in “Garm Hava” as well.

The film has received rave reviews. The reviewers have mentioned the stunning performance by Sanjay Mishra as Hedu, and how it captures the viewer’s attention. He plays the role of an aged, poor and blind farmer in a rural area and brings the character to life. 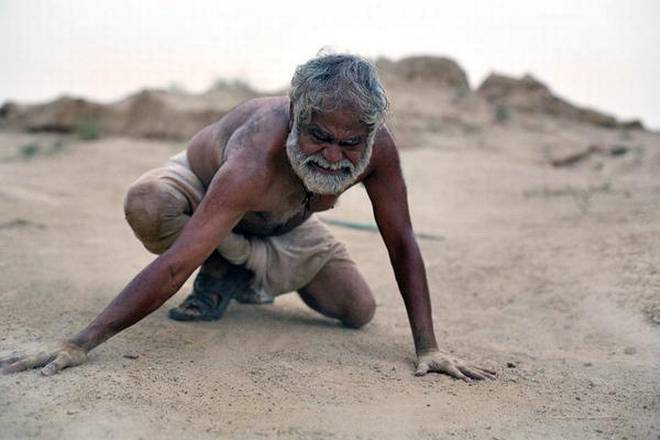 This film, in its various scenes, contains a good dose of reality. It is here that the film’s intrinsic beauty lies. Such realistic films shake our consciousness to its core, awakening us and making us aware. For instance, how Hedu’s family got entangled in a bank loan scheme has been ably portrayed. Hedu was not even aware of the exact amount his son Mukund had borrowed from the bank. Other characters played by Ranvir Shorey and Tillotoma Shome also leave deep imprints upon the viewers’ minds.

Nature’s fury has been filmed very skilfully. A wife gets disturbed on account of her husband’s whereabouts and a childish innocence fills the whole film and adds an extraordinary layer of interest.

When the country is reeling under protests over the yet-to-be-released “Padmavati”, audiences could instead give this distinct and touching film a watch. Is it not more important to stay connected with present-day problems rather than those of the past?