Delhi Is Pledging To Keep Cars Off The Roads This Sunday, Are You In?

In response to the unprecedented pollution increase in Delhi; the Centre for Social Research (CSR) has proposed a #NoDriveSunday on November 12, 2017. The idea of #NoDriveSunday was circulated on the social media and CSR employees have urged family and friends to not use any vehicle for a day.

There has been media coverage that the sudden increase of pollution level is owing to the phenomena of an ‘air lock’ that has slowed down air regulation over the state. Owing to which, all the pollution has remained stagnant and has been hanging heavy. “Accumulation of dust, high humidity level and no winds are major causes of deteriorating air quality” as reported by the Economic Times. Many have speculated that the major contributors to the pollution are firecrackers, stubble burning in the fields of Punjab and the vehicular pollution.

#NoDriveSunday does not intend to be token solidarity and seeks to be that call-to-action for making citizens opt for greener alternatives on a long-term basis. As we move away from plastic usage and towards cloth bags, we need to also promote usage of public transport that runs on energy and not fuel. The drive was planned on a Sunday because it is the most convenient day and it shall be extremely easy to implement.

Often in a campaign, the first step is crucial and needs to be an idea that can be implemented easily. Once the campaign sails over the initial hurdle, it catches its own momentum with people. The way fitness apps work for people who are not motivated to hit the gym; encouraging people to avoid creating vehicular pollution when possible will make a great impact in the long run.

Let’s start taking small steps for big reformations. Let us be the best we can be and when it is easy to do so. Once we garner enough motivation, we shall push ourselves over the rougher terrain. 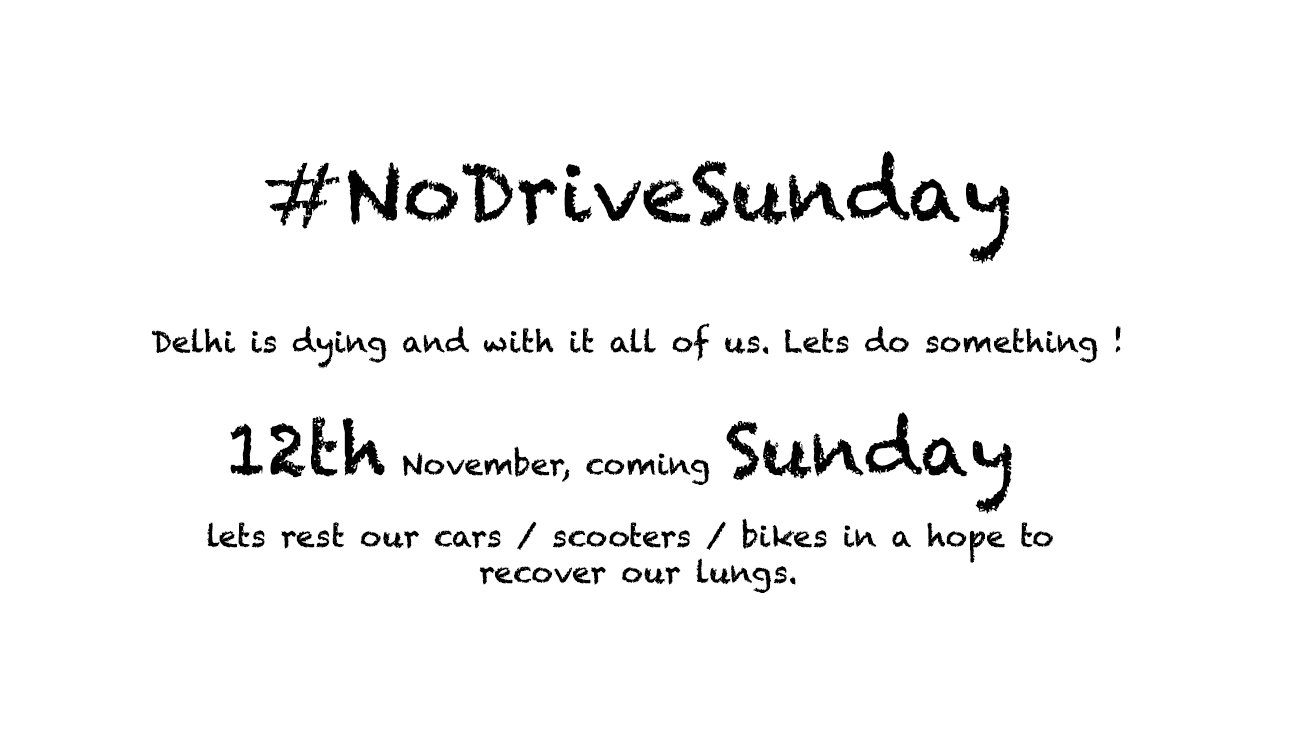