When You Refuse To Voice Your Opinion, You Become Part Of The Problem

By Amitoz Arora in Society

Contradiction is the mother of all innovation. When two opposite and contradicting ideas collide, a new idea is born. As we see in scientific approaches, exception is where the innovation is. It is not what fits the pattern but what does not that paves the path for further development.

If the idea of the minority is progressive, it will slowly but surely grow in strength as more and more people are convinced of the logic behind the idea. The process of growth and nurture of progressive ideas is a slow but consistent task. Discussion, debate and democratic space to ask questions are the tools which act as fuel to move this process forward. As an idea is discussed, questioned and debated on, it gets more and more refined. 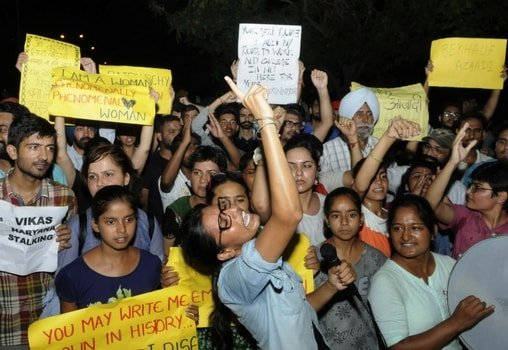 The process is very similar to the formation of a theory from a hypothesis. Once a hypothesis has been proposed, it has to be checked, practically put to use, experimented on and rechecked. Only then, a hypothesis is refined to form a theory. Discussions, questioning and debates serve a similar purpose in refining an idea. So, every time you voice your opinion, ask questions, fearlessly take stands, discuss and debate, you carry this process forward. No individual should feel that their opinion doesn’t matter or that it won’t have any effect.

Now, the speed of change increases drastically. The old regressive ideas receive numerous blows each day until they finally perish. For example, sati, which was once the idea of the majority in our community, has now perished. Child marriage is the idea of a very small minority now and is on its journey to oblivion.

So, we see how the birth and growth of progressive ideas is eventually followed by actual social change. We have also seen how when one individual voice their opinion, it strengthens the ideas of a collective, carries the process of growth and nurture of progressive ideas forward and serves a blow to the old regressive ideas.

But there is another set of people who know and are convinced of progressive ideas but still don’t speak up. Let us dive into their perspective by means of a story.

Once, there was a group of sailors. Their ship had been wrecked and they were stuck on an island. The conditions on the island were very harsh. Every few days, they would lose one of their men. There was only one tree on the whole island, which was so high that it felt like its top was in the clouds and its roots deep into the ground. The men held a meeting, so as to discuss what to do.

They had two options – either wait for help, which may or may not come; or to cut down the tree, build a boat and find their way to freedom.

They decided to wait for help as they thought that trying to cut down the big tree without tools in these harsh conditions was another way of inviting death faster to the table. But two men had a different opinion. They kicked the big tree for hours each day with the firm determination that no matter how big the tree, it will have to eventually give away. Other men laughed at them, calling them mad. They things like, “Are you searching for death?”, “The big tree is never going to give away, it has been there for thousands of years.”

After a week of endless kicking, there was a crack on the outer bark of the tree. On seeing it, a few other men were convinced and joined in the kicking. Now the men were taking turns kicking. There were others among the group who were convinced of the idea, but still remained quiet, fearing what the majority would say or simply because they thought what difference could one of them possibly make.

But seeing the impact the blows were having on the tree, more and more men kept joining them until most of the men had joined them. The tree now creaked with each kick and after months of hard work, finally fell to the ground. The sailors built a boat and found their way to freedom.

Make no mistake, the tree is going to fall one day. People who know this and still remain quiet are the biggest culprits of all. Because a thing called no opinion does not exist. When you do not voice your opinion, it serves as a consensus for the old regressive idea and hurts even more if it is an idea of the majority. The only thing it does is it prolongs the sailors from attaining freedom. It serves as a roadblock in the path of development, as an obstacle to the growth of progressive ideas.

I hope I have been able to convey why it is so important to speak up and use tools of debates, discussion and questioning to take the process of growth and nurture of progressive ideas forward, instead of keeping quiet and becoming roadblocks in the path to change and a better world.