Rajasthan Killing: Why Punishing The Murderer Is No Longer Enough

By Vivek Kumar in Politics, Society

A video went viral of a Muslim man being brutally attacked with a long pick-axe and a scythe. Thereafter, petrol was poured on him and he was set on fire. In the video taken by the attacker’s 14-year-old nephew, Shambhulal Regar (the attacker) can be heard saying things related to love jihad. The presence of a girl in the video has also fueled rumours.

The murdered man was identified as Mohammed Afzarul, 48, a migrant labourer from Malda, West Bengal. His burnt body was found in the woods, along with a three page letter left at the spot. Rajasthan police said that they have been investigating the case. A Special Investigation Team (SIT) has also been appointed by the state home minster to look into the case.

This is not the first time that someone has tried to take the law into their own hands and tried to punish a Muslim person without going through the proper channels. Cases of mob lynching have become a trend in our country. The growing intolerance of people, the way they enact mob justice, and the silence of higher authorities, ranging from several ministers to journalists, is very disappointing and unfortunate. 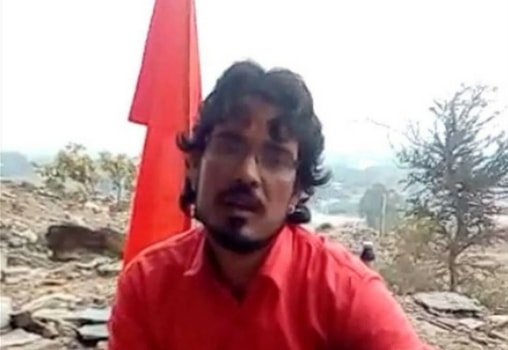 We all know that the act is inhuman and promotes violence. Not only that, but such acts may create more tense scenarios in different parts of the country. No matter how much we call ourselves true nationalists, many Indians have forgotten to be sensitive to our own brothers and sisters. We have forgotten to respect law and order. We have overlooked our common humanity in order to safeguard religion. Rather than criticising such inhuman acts, people come up with the strangest of justifications to defend people from their community.

Merely a proper investigation into the case and punishment being meted out to the accused is not a solution for the kind of climate that prevails throughout the country. We need to understand the seriousness of this issue. Social media is required to be more sensitive and work in order to make people realise their faults.

As individuals, we need to realise how important it is for us to understand that killing someone in the name of protecting a religion is the worst way to enact justice. This will worsen the situation and tomorrow, it may harm you, me or our fellow countrymen.

Opinion: Is The Much Touted ‘Modi Wave’ A Myth Or Reality?