This murder particularly impacted me. It wasn’t just the brutality and the brazenness of it. But also the fact that Afrazul was from Malda. Majority of the rickshaw pullers that drop me home from the Huda City Centre metro station in Gurgaon are Bengali Muslims from Malda. My father, a Hindu, also grew up there.

What made it even more depressing was how many in Udaipur, Rajasthan came out to protest in solidarity with Shambhu Lal after his arrest.

However, what made me feel better was how many people online responded to this violence with a sense of disgust, shame and anger.

India Today had uploaded a video on YouTube on December 6, which included a censored version of the brutality. Currently, there are 2,534 comments on it.

While there were comments which showed a side of India most of us want to get rid of, the positive comments far outweighed the toxicity of comments similar to the ones above. They also had way more support, indicated by a large number of ‘likes’ on the comments, as you can see below. 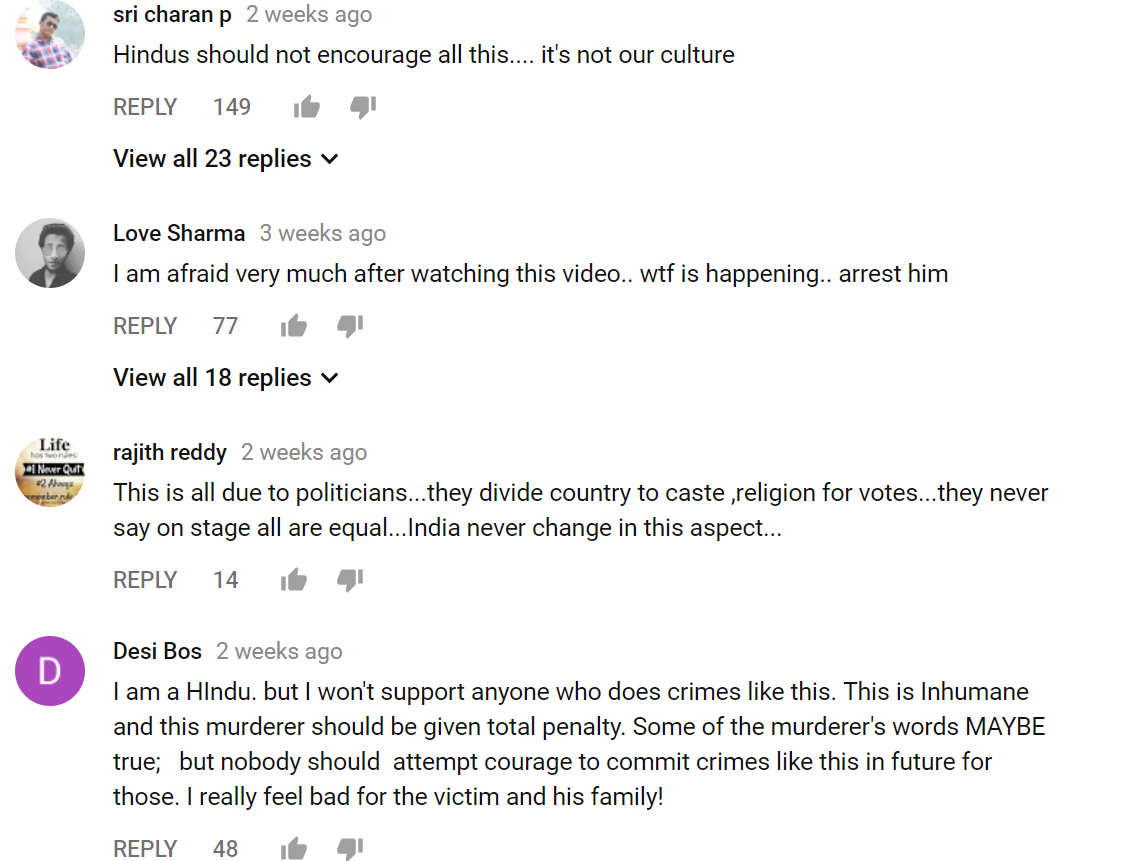 In times where many people have been killed in the name of religion, such comments are not only inspiring, they also help in capturing the online space, which in the 21st century is perhaps as important as a protest site like a Ramlila Maidan or Jantar Mantar

It is up to progressive voices to make their presence felt in online spaces, whether it be through posts or even comments on various social media platforms. It is important for the divisive forces in the country to know that the online space is not theirs and the battle shall not be won by them eventually.

Such is the importance of the virtual space that it can prompt governments to take actions based on public pressure. So, it is important for all of us who don’t want India to descend into a dark labyrinth to be active online. Never think there is no point in engaging or blatantly letting people know of your stand when evidently a large number of people are out there to spread hatred.

The online world has become political now. Even ‘liking’ a comment on Facebook or YouTube can be used to shape a narrative which can help in making the world a better place.