By BitGiving in Latest, Mental Health

India has one of the highest suicide rates in the world in the age demographic of 15 – 29 as per a recent Lancet report. And, every hour, one student commits suicide as per India’s National Crime Records Bureau (NCRB).

As a society, we treat mental health as a ‘hush-hush’ topic. Instead we find ways to blame a person instead of recognising their symptoms and helping him. Recognising the need for a conversation among the youth – a young man has decided to dedicate his life fighting the skewed notions of mental health in India. 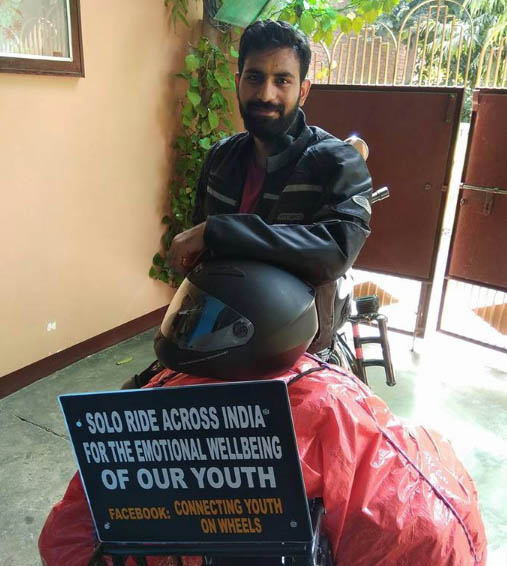 Shrawan Kumar was deeply affected when a student from his sister’s college committed suicide in his hostel room. The incident managed to bring Shrawan’s personal doubts, anxieties and insecurities to the fore. He decided to start the conversation among those who needed it the most – the vulnerable youth of India. Which is why he set up the Connecting Youth on Wheels initiative. 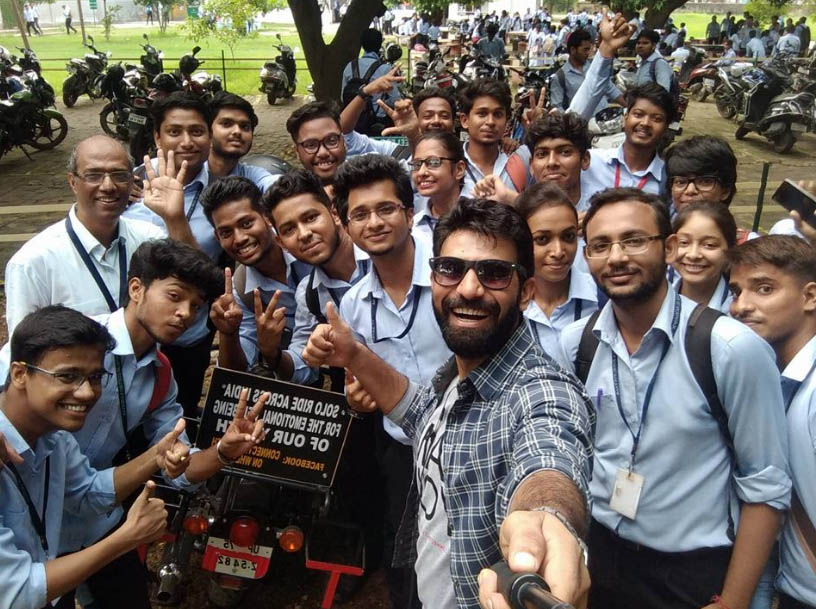 Shrawan has set off on a 40,000 kilometer bike ride all across India to connect with school, colleges and universities and hold seminars, discussions and activities focussed around mental health. He recently completed his 50th seminar and he plans to ride further with a modest pool of volunteers in each city.

Shrawan has already managed to visit 20 cities in four states and impacted over 1,200 students. But the mission comes with its own challenges on the road – like rough terrain, unpredictable weather, unknown roads, health risks etc.

Still, Connecting Youth on Wheels will always be his number one priority. Help him make a difference to the lives of thousands of children in India who need proper emotional support today.

The Fault In Our Looks: Body-Shaming In India