Why It’s Important To Adopt And Sterilise Stray Dogs

By Gaana Krishnendu in Animal Rights

The eyes of some are partially closed, the aftermath of an earlier fight maybe. Some can’t even open their lids to take a look at us, the visitors. The curious case of hundreds of dogs and cats in the PFA (People for Animals) organisation, Trivandrum-Kerala, brings us into the reality, the tug of war between cynophilist and the mob against stray dog menace, an issue that caught fire in the State in 2015.

The PFA is a charitable organisation that champions the cause of animals. A board (probably placed by protestors) with bulletins pointing out the grave crimes of having such a structure in the vicinity welcomes people to the place. It is about 17 kilometres away from the heart of the city, in a completely natural and bountiful setting.

The dogs there are either down in the mouth, born into terribly weak mothers who could hardly rise to feed them, or else picked up from lots where their previous owners abandoned them. Not far away from them is a clowder. The cats are despairingly in a big cage where they have a hammock and a small water tank, where they could kill time till death takes them away, most are hapless victims of spreading diseases. Hopelessness binds them to head to tail, as they look around at us. 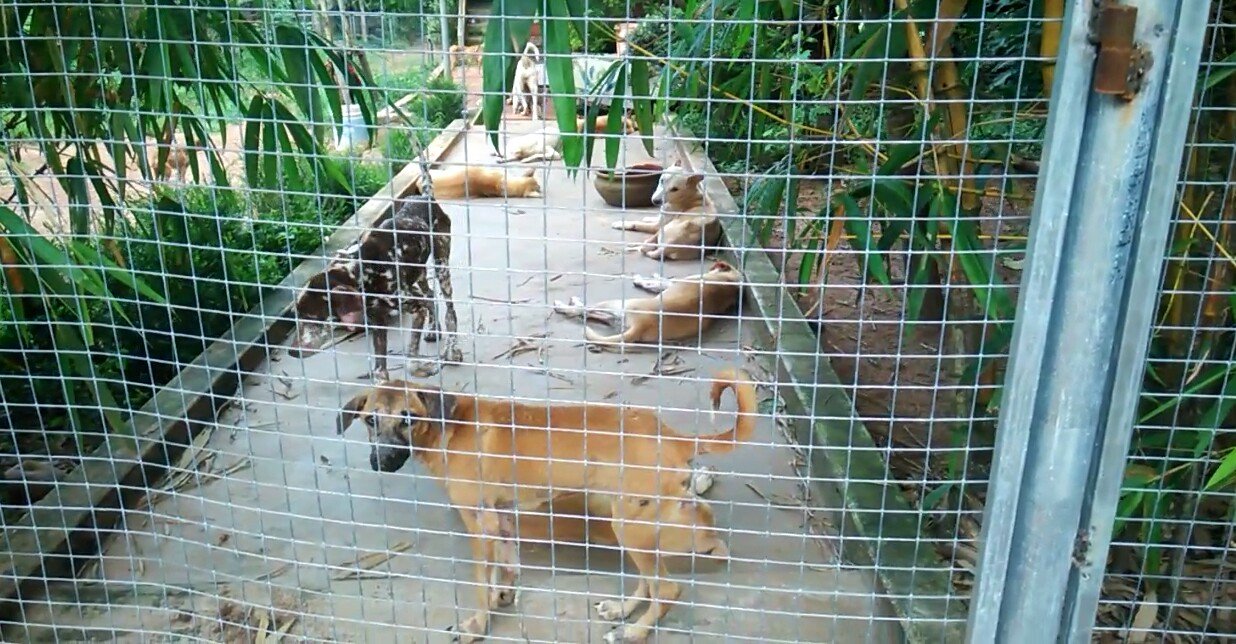 PFA is a nationwide network with Maneka Gandhi as the Chairperson. But there are no proper and clear funds from anywhere, and donations are the only hope for hundreds of such creatures, which would mean that if kind and compassionate people do not turn up for a while, these poor creatures will have to sleep with an empty tummy. We had seven kittens that desperately needed a home, and the organisers were ready to help us with their adoption. We were not ready to leave them on roads and see them die and the organisers were not ready to accept and make them the next victims of diseases.

Quite impressive are the works of the two ladies there, who were ready to help us with our issue, understood our concern and live with those hundred animals there, day and night, amidst all their barks, shouts and wails, loving them nevertheless. Like every other story, there is a group fighting to shut this place down.

The flex board fixed up by the activists on the front gate talks about how one is not giving care to human lives. We found it difficult to find a link between how saving a few animals could harm humans in any way. Proper sheltering and sterilisation of animals could only mean saving a few lives by and large. The place was set as far as it could be from the other homes; the noise would hardly affect the people around. The board is only a symbol of how society has the resistance to act towards anything to everything. Coming from a state where there is a hartal (strike) every other day, this might not be a big deal.

It is reasonable to understand the attitude of people who do not like animals, but for the rest, it is important to donate to such organisations which save a lot of souls, and adopt from such places before you import a breed from elsewhere. For the former, who shout for human life protection and killing such strays altogether, call these people before the strays turn out to be harmful, sterilise them and turn the pages of your old environment studies textbooks in which you read that the planet is not solely yours.

So the next time you buy a big bone for your buddy, let another one have a small meal as well!