Painting The Town Queer: Understanding My Own Queer-ness

By Annie Singhal in Cake, LGBTQ

I am Queer, but do I fit in or stand out?

The interpretations of the word ‘Queer’, originally meant to define something odd or strange, have not been overdone enough. It is commonly confused with being gay, or as an umbrella term for LGBT. Or rather, we sometimes see it plopped at the end of LGBTIA(Q). Everyone seems to have an idea of what their sense of someone, or themselves, being ‘Queer’ is, making it a flexible enough identity to build my articulations of my ‘self’ around.

Before I begin, let’s get this out of our way: my gender identity is gender fluid, my chosen gender performativity is female, and my sexual orientation is pansexual. All of this… is me, a Queer person.

For me, the word queer is like a slice of bread – full of possibilities! You can do anything with it, be it any flavour of jam, toasted, dunked in milk, used in dessert or a main course, grilled with cheese, a simple sandwich or the one with multiple layers, or even just have it plain. It covers a lot, like the umbrella term that it is. However, at the end of the day, it is about how one wants to express, appear, feel, love… and be. 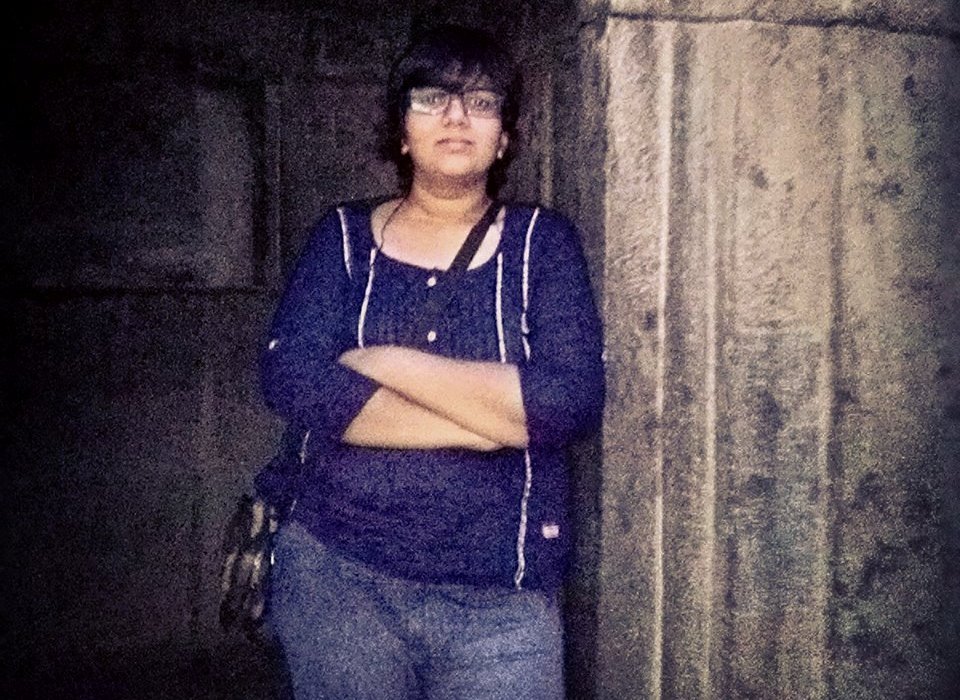 But is this ‘being’ so simple and easy to exercise, especially with people ready to tell you what queer does and does not mean? I mean, can you imagine people trying to put ‘Queer’ in a box? Oh, come on!

People have asked me what gender fluid means over and over again, while I have asked them to use the internet to get the very basic knowledge of things, and then come and have a conversation about it. Popular lesbians in the Delhi LGBTQIA (as if there is much of I and A visible here) have been shocked to discover the fluidity of my sexuality. In case you are a ‘biological female’ who sleeps with men (only one of the genders you are into), the ‘pure lesbians’ will judge you. I know this might make me sound bitter, but this is coming from a place of having received shocked expressions and taunts from the ‘swachh swachh lesbians’ who only sleep with their kind!

I do understand the pain of the experience of a female lover choosing a man (or a dick) over you. I have been there too… multiple times! However, the projection of the fear of such experiences feels like a phobia, which is discriminatory in nature.

On the other side of the meadow, I have had several men deduce ‘bisexual’ from me mentioning the word ‘Queer’. I don’t think there is enough awareness out there about bisexuals and biphobia in the first place because for most people, the only two genders that exist are men and women.

Statements like “Oh! Why don’t you just admit already that you like sleeping with men” and “Whom do you like better in bed – men or women?” have me thinking – which part of being Queer did these people not understand? Surprisingly, for me, such incidents have happened inside and outside the LGBTQIA community multiple times. LGBTQIA is not just about one’s sexual identity but gender identity, expression, performance, and so much more.

So, let’s see if we can figure out an equation to make things easier for… umm… you’d know.

‘I’ doesn’t only and always mean the gender and sexual identity, does it? ‘I’ am a lot more than that for me. I am my anxiety, my sadness, caste, class, religion, region, profession, politics, parents, abuse, survivor, oppression, perpetrator, education, language, privilege, food, and so on. While being so many experiences and choices, how can my sense of identity be limited to the structure of gender and sexuality? So, I define my idea of ‘Queer’ as being all this, because for me none of these identities can exist in isolation.

I call myself queer, as it allows me the fluidity to move about in myself and the various environments and identities I interact with. This fluidity also has space for me to express my sexuality in any way I want, and to feel safe against my history of child sexual abuse (CSA) every single time. Having a lot of triggers, for one, means I don’t feel comfortable around most people – physically, mentally, and emotionally. The fluidity I find in queerness helps me experience my body and mind sexually when I want, however I want, and with whoever I want.