Saving Innocent Animals on the Road, One Collar at a Time

By BitGiving in Animal Rights, Society

Ever so often we come across animal videos on social media, of dogs being rescued from solid tar on the roads or baby elephants being helped out of a ditch.

Most of us are so used to dogs around us – at home, in our neighbourhoods and on the streets. And if you are crazy about them, you might have even adopted a few!

But hundreds become roadkill or are injured every day. In fact, take the case of Bhubaneshwar, where a recent census by the Bhubaneswar Municipal Corporation (BMC) put the population of stray dogs at over 12,000! 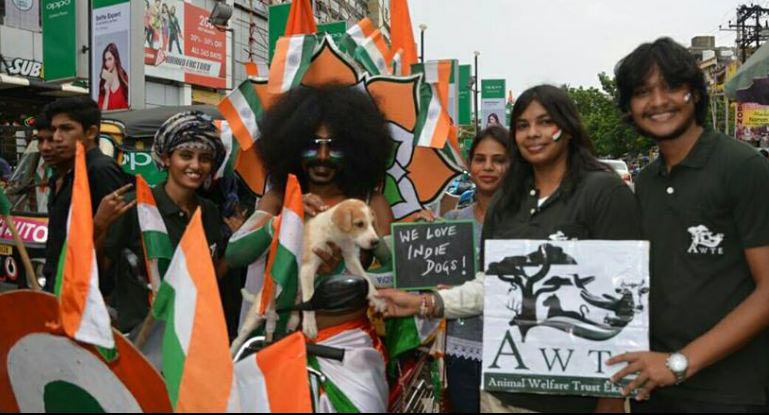 These dogs are often victims of the night, when due to poor visibility drivers find it hard to spot animals on the road. By the time the driver realises and brakes, it is too late. Most times, this results not only in the loss of an innocent animal, but also injures the people involved along with damage to property. Volunteers of the Animal Welfare Trust Ekmara (AWTE) are helping save the poor animals by using reflective collars.

The easiest way to avoid such accidents is by tying a reflective collar around the animal’s neck. These collars will pick up light from vehicles and other sources and shine which will help the driver to see the animal even from a distance.

The initiative called ‘Illuminating Lives’ was started in September 2017 and has already seen more than 100 collars being tied to animals. These animals are not restricted to dogs but also include cattle.

On September 24, 2017, Phase 1 of ‘Illuminating Lives’ was executed. In this phase, we tied 100 such collars on dogs along NH-16 (Khandagiri area, Bhubaneswar). This was made possible with the help of local volunteers of Animal Welfare Trust Ekamra.

We plan to take help of dog catchers so that the unfriendly dogs can also be given collars. This was in response to one of the issues faced by our volunteers during the initial phase.

Each reflective collar ranges from ₹40 – ₹60 depending on the size. They are now raising funds to help more animals on the road and look forward to collaborations with animal lovers and welfare associations alike. Join AWTE in their journey to create awareness for the mute, for those who need a voice?