By Rajkanya Mahapatra in #NoPlace4Hate

In 2013, I had just begun college. My energy levels and enthusiasm were shooting through the roof. I was beginning to understand the complex ways in which the media worked. This was also the time when a lot of us were first introduced to important theories/ideologies/ways of life, like, feminism, Marxism, capitalism and the like.

I was fortunate enough to have made it to the Youth Ki Awaaz Writers’ Training Program in my very first semester in college. The training program gave me the space to voice my opinions, and write about issues/topics that I hadn’t delved deeper into before. Two months into the training program, and a few articles later, my mentor thought it was time for me to test troubled waters, and she asked me to write about feminist pornography.

Here are a few gems: 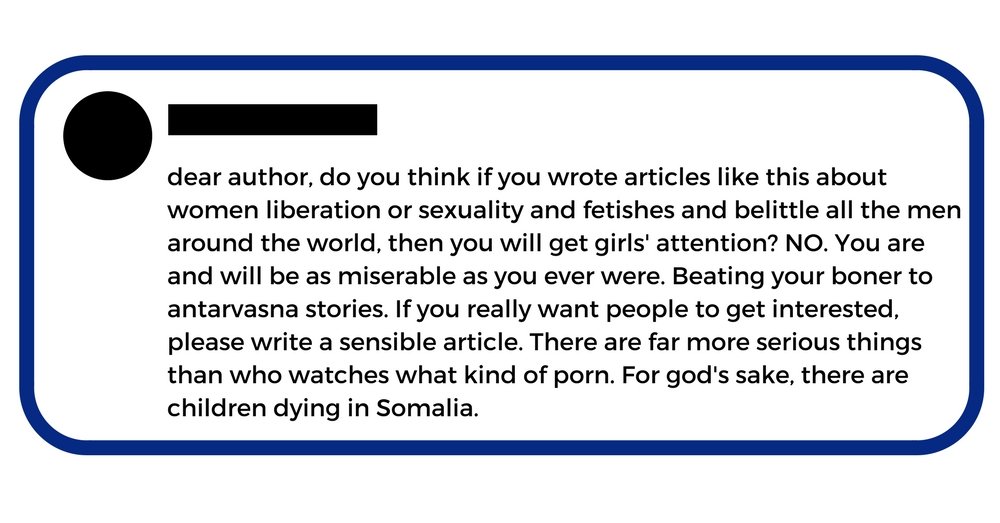 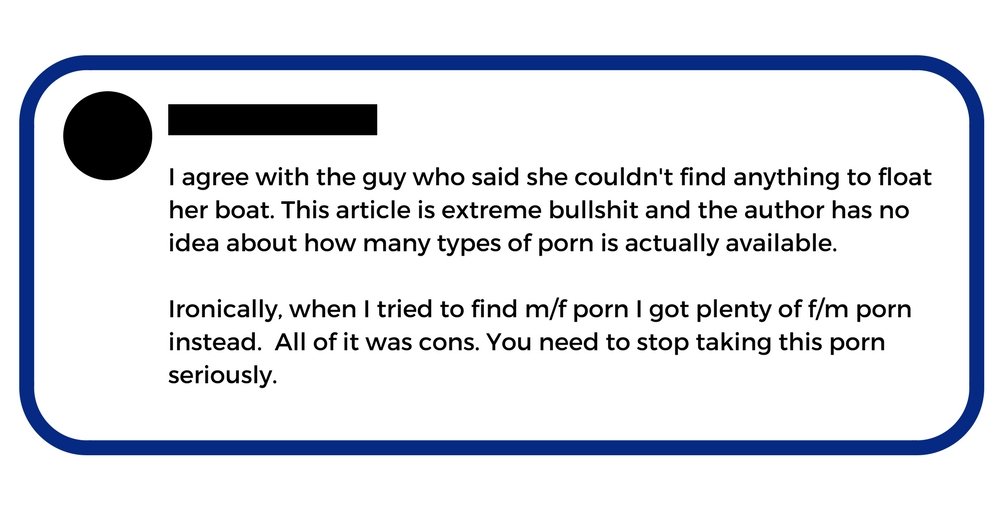 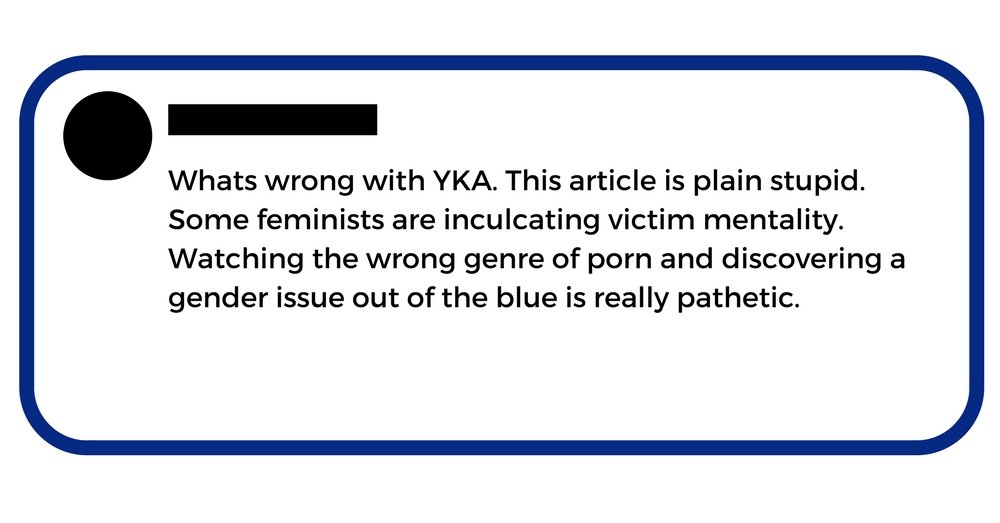 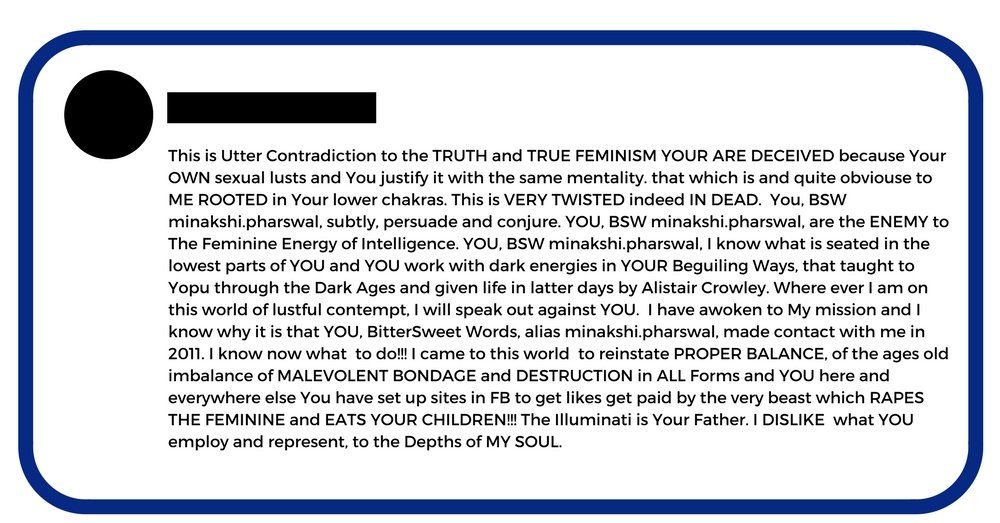 A lot of readers (who were also women) came out in support of the article, and it was very reassuring. Their comments helped me think deeper about the issue. 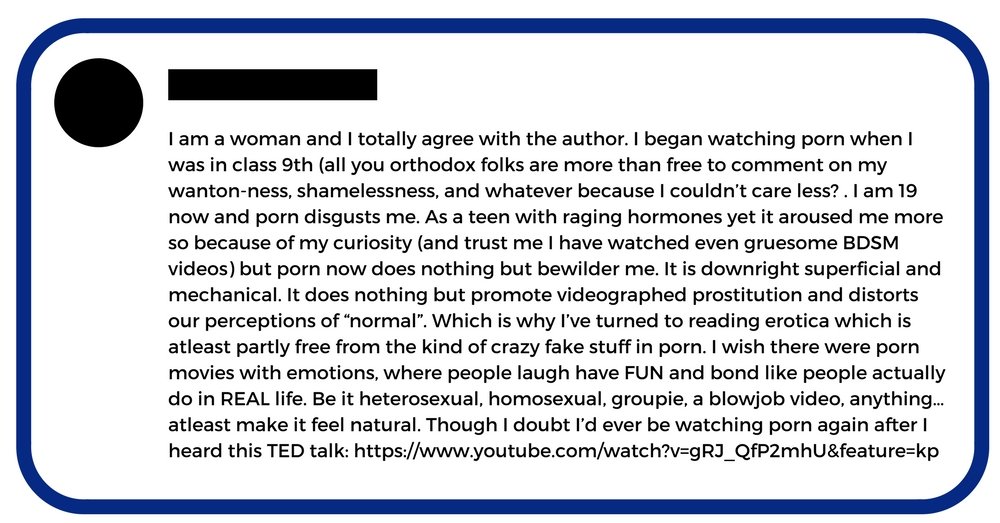 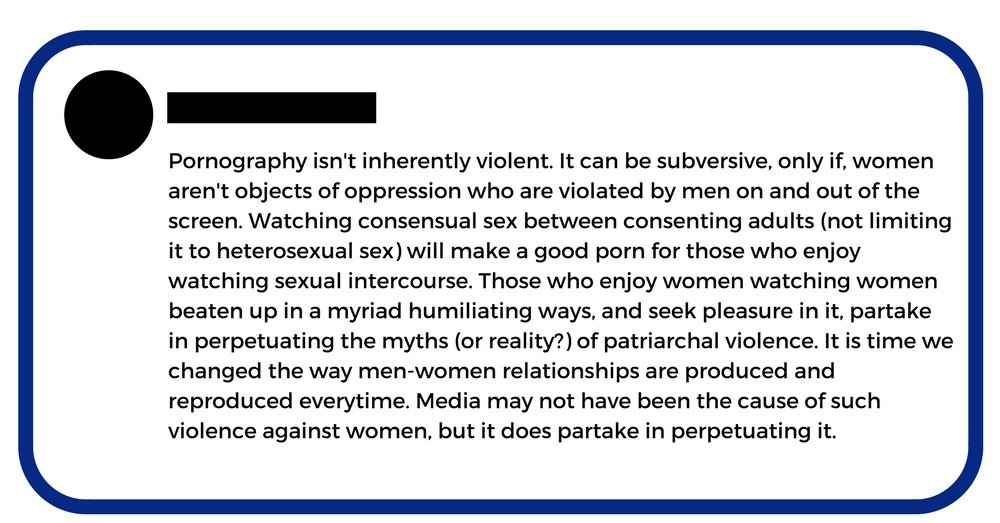 I learnt a great deal more about patriarchy and misogyny, and the many ways it can manifest after going through all the comments on the article. It was interesting to observe how little it takes to get people to take personal digs at you, especially when they’re using a fake or anonymous account. I was disappointed with the overall engagement, but it made me very happy to know that the article resonated with lots of women. And that really was the whole point.

I’ve continued to write on various issues, and the comments don’t bother me anymore. I look for comments that reflect thought, and genuine engagement with the text. I’ve come to understand that it’s very easy to start a conversation on the internet, and it’s just as easy to trash that conversation.

I have blocked several people over the years who had taken it upon themselves to try and bully me for my opinions, but why should I have any of it? We shouldn’t be hesitant to protect our mental and physical even for a second.

P.S – My ‘lower chakras’ need no intervention, I am doing just fine. Thank you.