By iyadavdushyant in Books, Society

It was humid in the morning but as the day progressed, I could smell the rain. By afternoon, outside the huge bungalow in Lucknow’s Dilkusha Colony, the clouds had taken over the sky.

Inside, I was discussing the clouds with my day-old acquaintance, Frank Huzur. My elementary analysis of Mr Huzur, a writer by profession, revealed to me an enigma. A man on the cusp of turning ‘naughty at forty’, his book-studded drawing room and his giant house only added to my curiosity. And then came his 60-odd cats. Yes, he houses 60-odd cats. That was probably the most intriguing part of his character. His unprecedented love for cats made him resemble the kind of character Bollywood thrillers crave for.

After a hard time nagging around, I sat down with him in his drawing room. We started discussing the political repercussions of the BJP taking over Uttar Pradesh and other socio-political issues. And just then, I got a glimpse into his past – his days in London, his multiple visits to Pakistan while writing Imran Khan’s biography, his college days, etc.

This investigation introduced me to his his book titled “Hitler in Love With Madonna“, a college play he had written in 1998 during his stint at the prestigious Hindu College. Aroused by the curiosity the title offered, I asked him to tell me more about the play. And this is when the drama began!

Like Huzur, the play also turned out to be interesting. “It was touted as the return of political theatre,” he said. Just like the title, the play too was alluring. It was the a controversial play of that era, the era in which I was born. At the centre of the controversy was the sixth act of the play, which had a reference to the demolition of Babri Masjid.

Back then, the play had received a lot of national and international media coverage and was subsequently taken off the shelves. Having heard so much about it, I requested Mr Huzur to show me any remaining copy of the drama.

He went inside, leaving me contemplating, and brought back a tattered book which he carefully handed over to me. “Handle with care,” the expression on his face said. He was barefaced with love for his maiden drama. With utmost care, I took the book and read the controversial part. I was flabbergasted. As a 20-year-old, Mr Huzur had produced a masterpiece that had shaken the political aisle of the country.

The more I read, the more I was enticed. Finally, I closed the book and announced to him, “Why don’t you reintroduce it? Its political implications are very much contemporary.”

To my surprise, he retaliated with, “Can you transcribe it?” Without any hesitation, I said yes, and demanded a time frame of one week.

That night, I returned back to Jhansi and set upon the resurrection of the masterpiece from the following day. For the next one week, I dedicated myself to transcribing and simultaneously editing the drama. My fingers were either on the keyboard or on tea cups for the next seven days. The content was so rich I felt completely immersed in it. I found myself in Nazi Germany, even after completing the work. Hitler was my leader, Madonna my desire and the Third Reich my house. 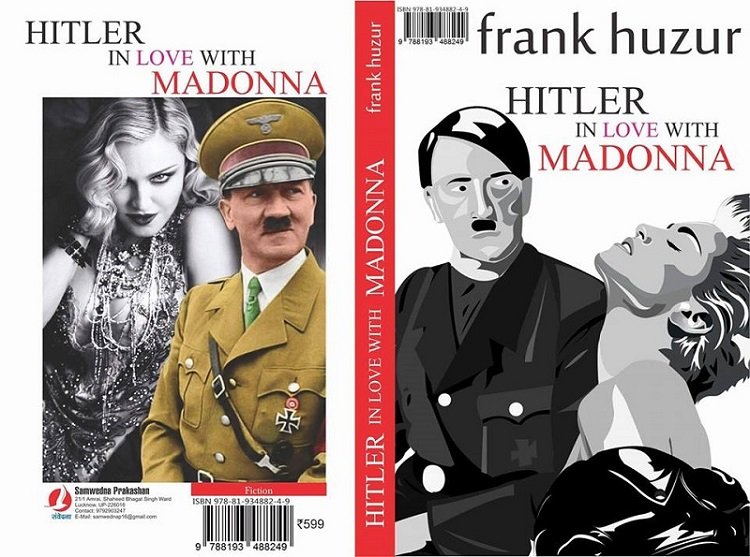 Once finished, I rushed back to Lucknow to hand him his possession. Thereupon, we started a friendship – a relationship and a collaboration. Then, I asked my friend Poornima Gupta to design the cover. Together, we produced a design that complemented the title and was also approved by Akhilesh Yadav, former CM of Uttar Pradesh. In November, we found a publisher and on new year’s eve, the book, one of the most celebrated dramas of the 90s, made its historic comeback on the shelves.

I often wonder what would have been the fate of the tattered book had we not met. The playwright would have never been encapsulated on its new cover had I not visited Frank Huzur. Also, thanks to Mr Huzur for giving me this opportunity to play a part in this historic resurrection. Today, I feel as connected to the play as Mr Huzur does and together, we are committed to ensuring that the play reaches every Indian household.