A Significant Acheivement of #lahukalagaan

Today BJP has launched its 17 Pager “Vision Document” for Meghalaya for the upcoming Assembly Election on. Our Defense Minister and BJP leader, Nirmala Sitharaman was there in Shillong to unveil the promises of BJP from Meghalaya, if voted for power.

But the key attention is, the promise of “a packet of sanitary napkin to all women form Below Poverty Lines household”. It’s a significant achievement of the the widely supported campaign #LahuKaLagaan. 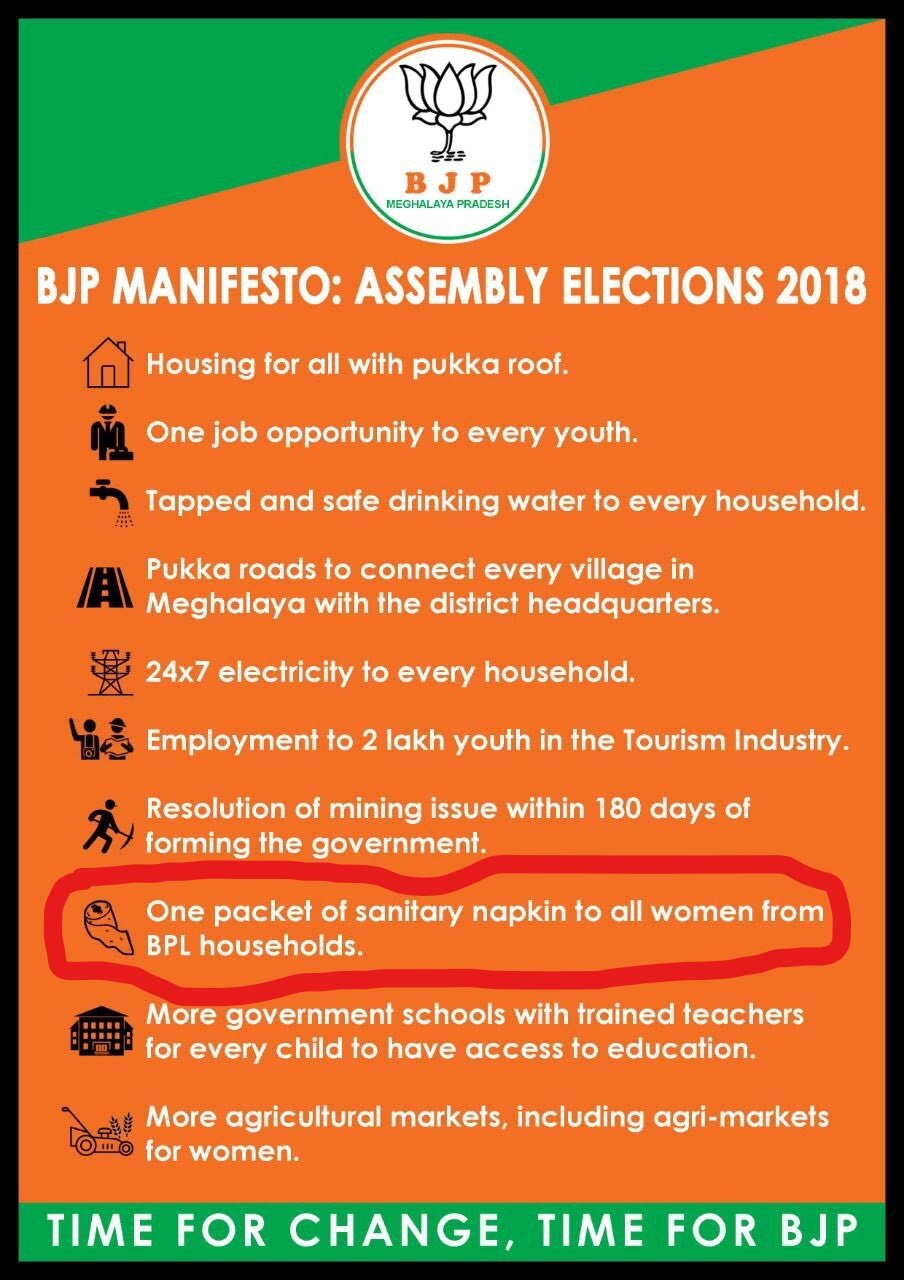 Finally, a political party in India – the BJP – breaks the glass ceiling! Makes provision of means for menstrual hygiene an electoral promise. Smt. @nsitharaman ji terms the move as a move towards #SwachhBharat #SwasthaBharat #Padman must be proud! @akshaykumar @mrsfunnybones pic.twitter.com/UXRrbXaXZV

Now we can hope for the best and expect that in similar way, at later stage this promise will be one of the promises by political parties for General Elections’. If not all, then at least of one party because it has already started making such promises.

It’s good idea too, to start the initiative from a small state like Meghalaya, which has a population of around 32 Million and analyze its shortfalls in implementation and then implement it in larger states.