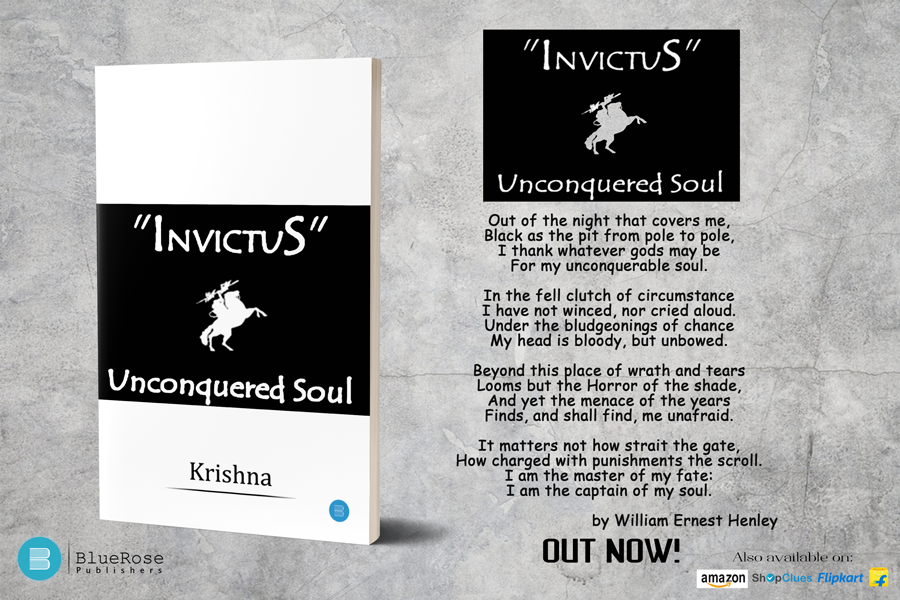 “Invictus” (‘invincible or unconquerable’ in Latin) is a short Victorian poem published by the English poet William Ernest Henley in A Book of Verses (1888).

The poems in this book have been compiled in memory of Nelson Mandela who was incarcerated for 18 years at the brutal Robben Island Prison. Mandela’s total prison term spanned 27 years. “Invictus” bolstered Madiba’s inner strength and perseverance during his very long period of imprisonment.

The book has 49 poems covering a wide range of interests and concerns commencing with one on a mischievous Avatar. You will find poems that celebrate intelligence, tolerance, upholding of democratic ideals, decrying intolerance and the fear that haunts the world. Poems that highlight the plight of farmers and poems critical of the pernicious caste system and the innate cruelty of humans also find a place. There is both light and dark humour.

Beneath the humour however, one cannot but notice the poet’s apprehension about the uneasy times not only in India but also in other parts of the world. The poems raise questions that are both grave and incisive requiring the reader to introspect.

Philosophy begins in wonder. And, at the end, when philosophic thought has done its best, the wonder remains. — Alfred North Whitehead

A poem begins in delight and ends in wisdom. — Robert Frost

Readers may find fragments of philosophy, wisdom and even some delight!