By Vandita Sariya in Disability Rights

Mumbai, the city of dreams, calls its local trains and buses its lifelines. Approximately 80 lakh people travel by locals daily. But in the midst of this metropolis, many feel the challenge in commuting and getting around the city.

Savla met with an accident in 2010 and has been in a wheelchair since. A regular user of local trains till 2010, Savla had to change his way of commuting after the accident. He commutes by his car now and spends Rs. 250 per day on an average for fuel. “I am fortunate enough to afford this, but what about others who hardly earn Rs 200-300 daily?” he asks.

Ramps, slopes, and escalators are available only at major local train stations. The closest station to his house, Bhandup (central line) is inaccessible to him. To start with, the road to the station does not have a footpath, making it impossible for him to reach the station in his wheelchair alone. Even if the station has a ramp at the entrance, there is no other way to go from one platform to another except the footbridge. Then, in absence of a ramp between the train and the platform, there is no way to board the train in a wheelchair. 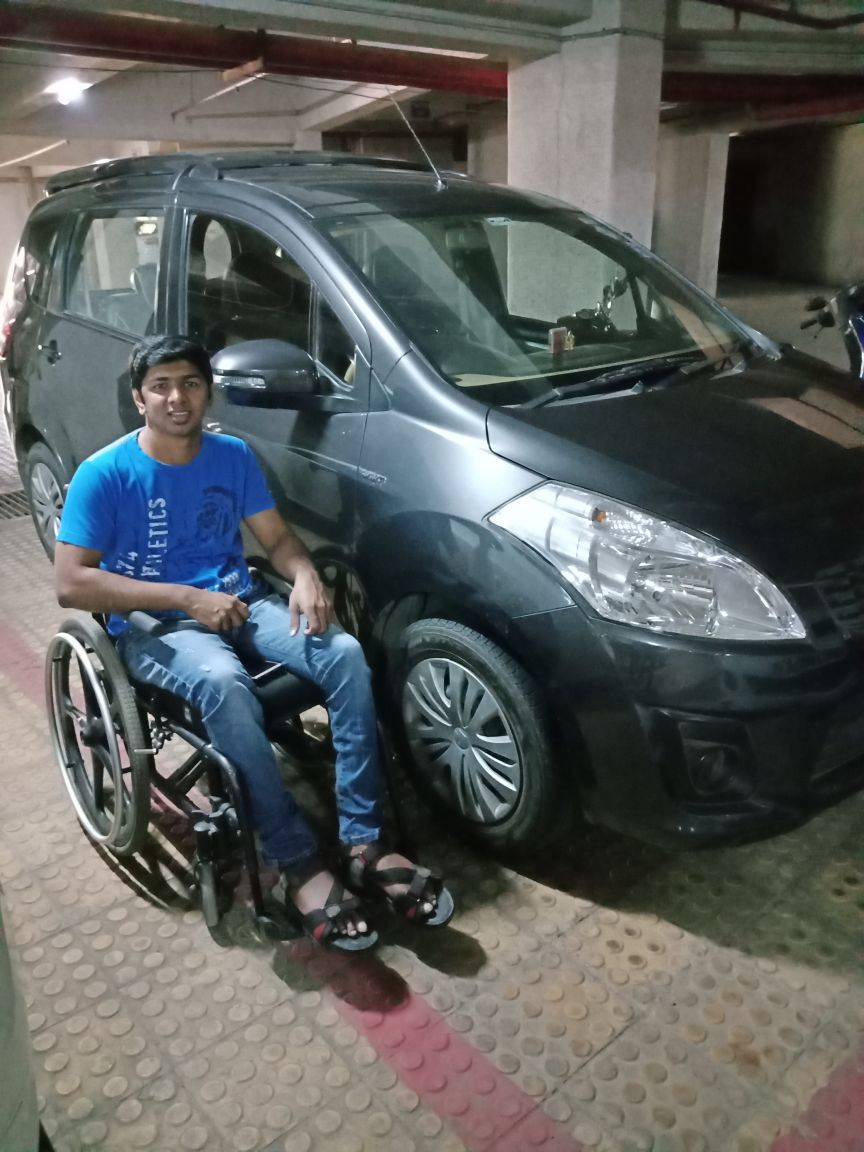 Not just trains, the Brihanmumbai Electricity Supply and Transport (BEST) buses have their own set of problems. “Buses are also not accessible. Like trains, there is no ramp to get on buses as well. There is also no space to keep the wheelchair on the bus,” says Savla.

Habib Sheikh, 28, was afflicted with polio when he was six-months-old. He travels with his father, Shira-Zul-Sheikh, 60. Shira carries Habib’s wheelchair, lifts it from the train and mounts it on the platform while Habib drags himself down from the compartment. “It was not a problem when I was young but now I am getting old and this requires more energy,” says Shira. Habib says that travelling without his father is impossible for him.

The absence of escalators and ramps is not the only problem. For those who make it to the station, the journey to their destination is not easy. The reason behind this is overcrowding of compartments meant for the disabled in the trains. According to the official records at Central Lines Railway Department, 1,465 cases of illegal travel in disabled coaches have been prosecuted and an amount of Rs. 3,00,150 has been collected as fine from April 2017- January 2018.

Sonawane does not travel by bus because she will always need someone to ask the bus number from. “It is easy with trains as they announce which train is coming,” she adds.

A basic commute is a gruesome task for many in Mumbai, a city which epitomises urbanisation in the country. Therefore, the government must take notice and ensure that the Accessible India Campaign does not completely occupy itself only with renaming ‘handicapped’ to ‘divyang’, but actually works towards the cause.