By Resma Jain in News, Politics

India is a nation with 29 states. The country has elections that are held annually in different states, after any state government completes its five-year tenure.

In 2017, assembly elections were held in Uttar Pradesh, Uttarakhand, Goa, Punjab and Manipur. Gujarat and Himachal Pradesh also had assembly elections in November 2017 and December 2017, respectively. In 2018, assembly polls are being held in Chhattisgarh, Karnataka, Madhya Pradesh, Meghalaya, Mizoram, Nagaland, Rajasthan and Tripura.

The Lok Sabha elections took place in 2014, where the NDA government came into power and Narendra Modi became prime minister.

The next Lok Sabha elections shall take place in 2019, and the NDA, the UPA and other parties have already started preparing for them. 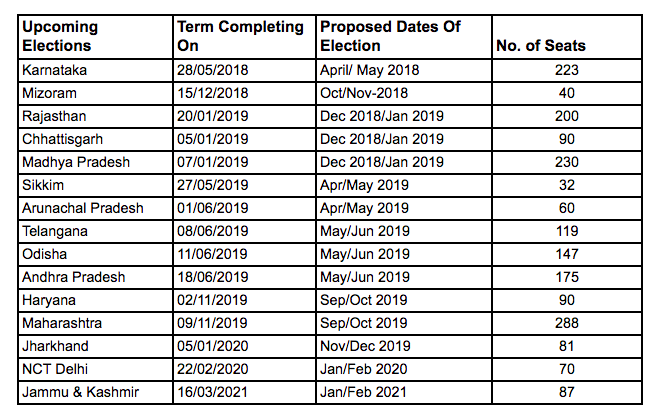