India’s renowned educational institutions are being targeted one after another – from Jawaharlal Nehru University to Aligarh Muslim University, and now it’s time for Jamia Millia Islamia University.

Multiple attacks on educational institutions prove that our government is actually scared of the youth. They fear that our generation will speak for the truth, and stand against the injustice perpetrated by the government.

On May 8, 2018, around 4:30 PM, a crowd was seen near the New Friends Colony area. They were moving towards Jamia, holding placards that said: “Don’t suppress the voice of Hindu students studying in Jamia.” “Do not terrorise Hindus.” “Hindus not safe in Jamia.” 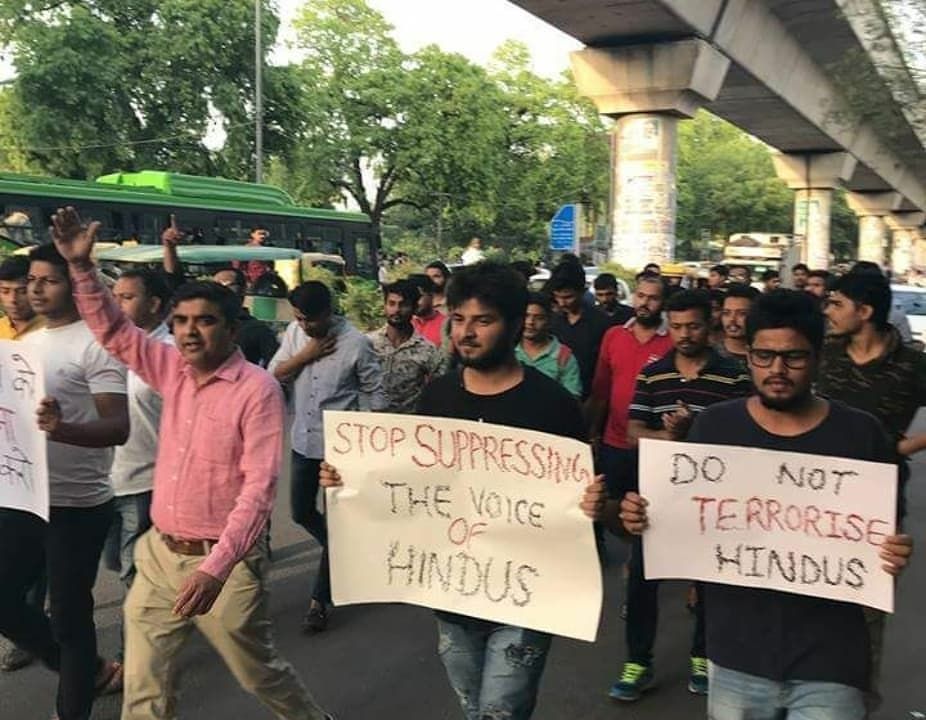 There has been no incident of any student from any religion or state being suppressed. Even if there had been one, they should have discussed it within the campus.

The students of Jamia are demanding to file an FIR against the goons who attacked the students in the campus and raised provocative slogans. The students have been peacefully protesting against the idea that Hindu students are unsafe in Jamia – an idea that seems to have little basis in reality. On various social media platforms, students are posting about this issue, clarifying that their voices have never been suppressed in the campus and that Jamia to them is like their second home. 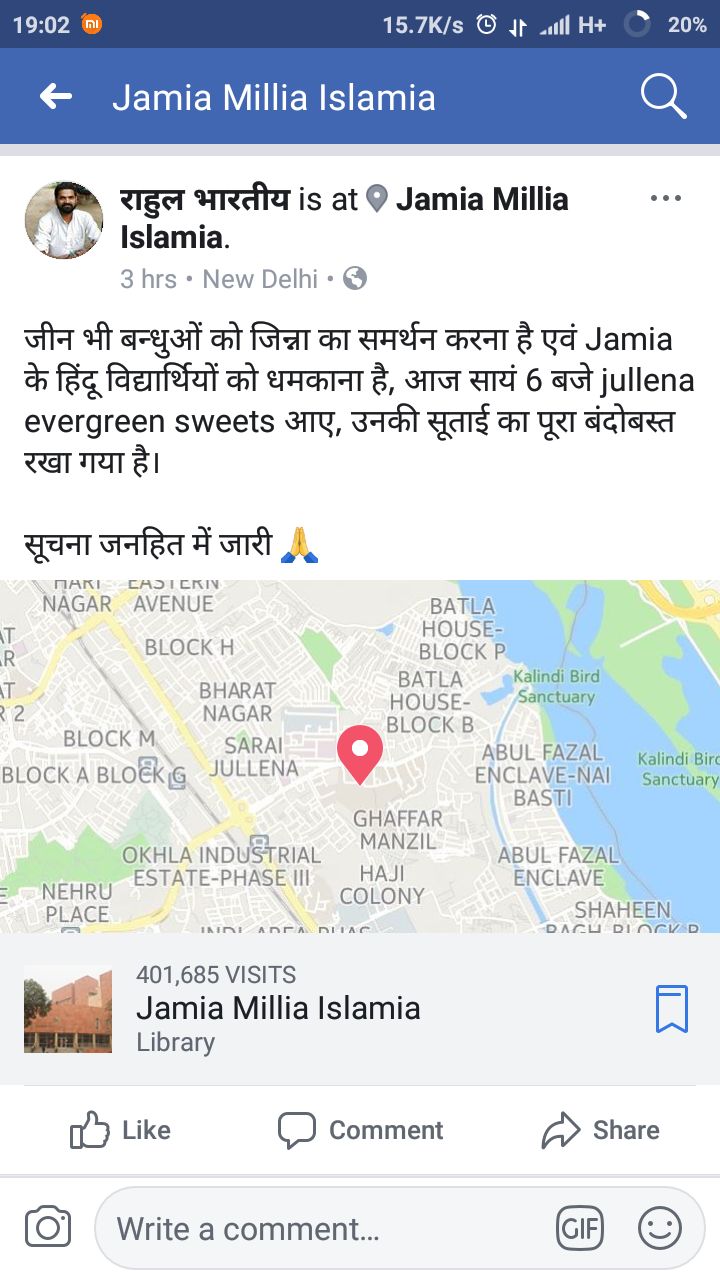 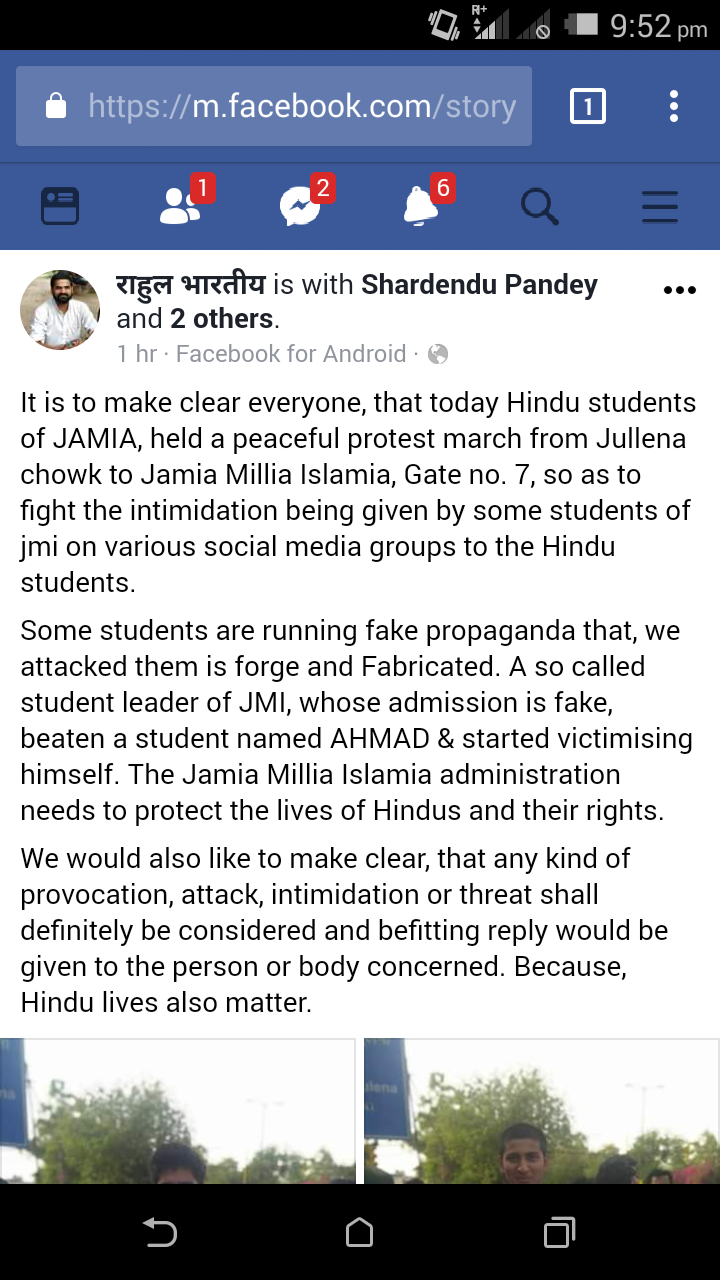 After a few hours, he himself stated through his account that it was a peaceful protest to let some Jamia students know that they can’t overlook the voice of Hindu students. It looks like ABVP and RSS have hopped in and created a ruckus in the multicultural environment of Jamia.

We should not forget that all of us are Indians first and students don’t come to the university with a religious tag.

LSR Suicide: How Many More Suicides Before Institutions Realise Their Responsibility?