10 Lessons Karnataka Elections Taught Us About Politics And Democracy

By Sayantan Ghosh in Politics

The mercury of the capital reached 42 degree Celsius on the afternoon of May 19. The restaurants and pubs at Connaught Place, the city centre and a hotspot for the weekends in Delhi, were mostly full. However, the routine in the pubs and the cafes were a bit different that day as many of them skipped the music and sports channels. Instead, their eyes were fixed on the news channel.

The attraction was the floor test of the newly elected BJP Chief Minister BS Yeddyurappa. The 2018 Karnataka assembly elections and its post-poll developments have provided plenty of entertainment for the Indian audience. It maintained a high entertainment quotient on the day of the floor test too.

There were rumours that the CM will resign before the floor test as he didn’t have the numbers to prove the majority. Fulfilling the hunger for entertainment, Yeddyurappa gave a speech and left the floor of the house to submit his resignation.

The drama might not be over in the case of Karnataka but by now, this particular election has taught us some lessons about democracy and politics in India. Let’s understand the lessons here.

1) An Election Is A Number Game

Accepting reality is one of the major lessons in a democracy and the Karnataka elections have proved it again. Be it a post-poll or pre-poll alliance, the mandate should be accepted by the political parties.

Yes, it is unfortunate but the reality is that political parties in power use Constitutional posts like that of the Governor, Vice-president and others. These are very important posts – and yes, the party in power does have the authority to assign their own people for these posts. But choosing people just by their political affiliation can destroy democracy and the Karnataka elections have proved it again.

4) The Judiciary Of India Still Works For The People

The all-night hearing of the plea at the Supreme Court against the decision of the Governor to choose Yeddyurappa as the CM was an eye opener for all. Following the hearing, the SC gave the order to have the floor test within 24-hours which led to the failure of the BJP to prove their majority. Yes, the Karnataka elections have proven that the judiciary still works. 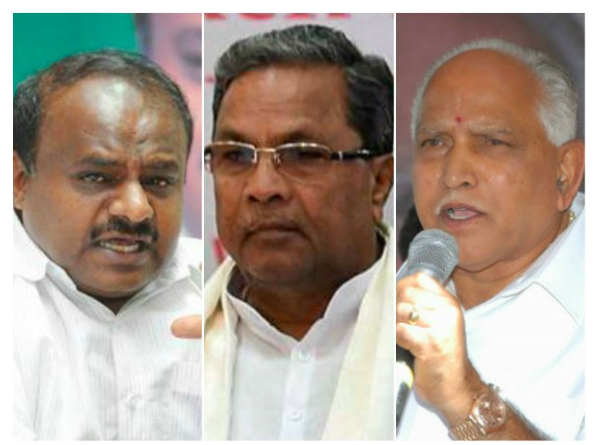 5) No Power Is Ultimate

Democracy is for the people and by the people. The political parties should not manipulate this. The parties use money and power by disrespecting the mandates which are not right. For example, if you think about it, in Bihar the mandate was against the BJP. But with time, the BJP manipulated the situation and formed a government with Nitish Kumar.

To combat the BJP democratically, a united opposition is needed and the Karnataka elections have clarified it. Let the Congress party understand that they do not have the power to combat the BJP alone and they should come together with the regional parties.

8) The 2019 Election Is All About Regional Parties

9) Give A Push To Local Leadership

After the Karnataka elections, the Congress should understand that it might be a historically important party but it has no leadership. Rahul Gandhi has miserably failed as the chief of the Congress and the party should push the regional leaders and not depend on just one person.

The Karnataka elections have proven that people should not lose hope of defeating the BJP. People have seen the party for the last few years and will take the call based on that. If the opposition can win over people’s faith, then they might receive their votes as well.