15 Years And Counting: How Odisha’s ‘Lady Tarzan’ Has Been Protecting Sal Forests

For years, the dense sal forest surrounding Maturkham village in Purbi Singhbhum district of Jharkhand was plundered by the forest mafia for its precious sal timber and rare fauna – till a young woman from Odisha married into a family in the village.

Young Jamuna Tudu was incensed to see the mafia chopping down sal trees with a complete disregard for the law or the tribal tradition that bans the cutting of the trees. She was even more bewildered by the passive response of the community at their habitat being attacked. 17-year-old Jamuna decided to take matters in her own hands. She mobilised a group of 25 women from the village, armed them with bows and arrows, lathis and spears, and marched into the forest to take on the intruders.

Over 15 years of many fierce encounters with the mafia and relentless sensitisation of the community, Jamuna and the Van Suraksha Samiti (which she formed) have succeeded in protecting and conserving 50 hectares of forest land and its flora and fauna. For her courage, passion and persistence in the face of odds, the community calls her ‘Lady Tarzan’. 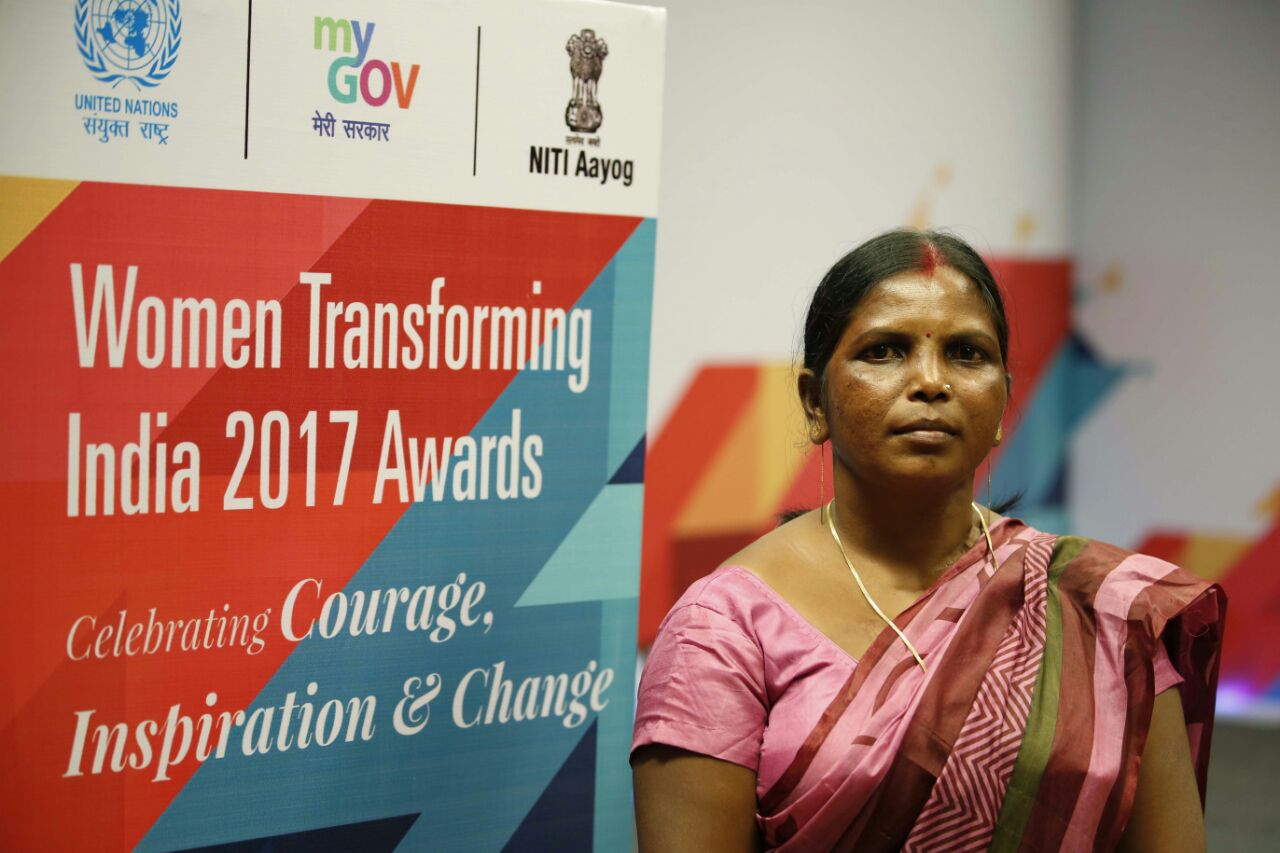 The Van Suraksha Samiti has about 60 active women members, who patrol the jungle in three shifts a day – morning, noon and evening, and sometimes even at night, when the mafia sets fire to the forests in random acts of vandalism and vengeance.

Jamuna’s fight has not gone unnoticed. The President of India has awarded her conservation efforts. The Forest Department has ‘adopted’ her village, which has led to Maturkham getting a water connection and a school. In 2013, Jamuna accepted the Godfrey Phillips Bravery Award in the ‘Acts of Social Courage’ category.

Maturkham and its nearby areas are deep in the heart of Naxal territory. Jamuna faces a dual challenge running an environment conservation campaign in the volatile region. Today, she runs awareness campaigns through various forest committees in the Kolhan division. Around 150 committees formed by Jamuna, comprising more than 6,000 members, have joined her movement to save the forests.

If you know undaunted spirits like Jamuna, nominate them for the Women Transforming India Awards 2018. Click the link here. Deadline for entries: June 30, 2018.