My Take On The Assault On A Couple In Kolkata Metro 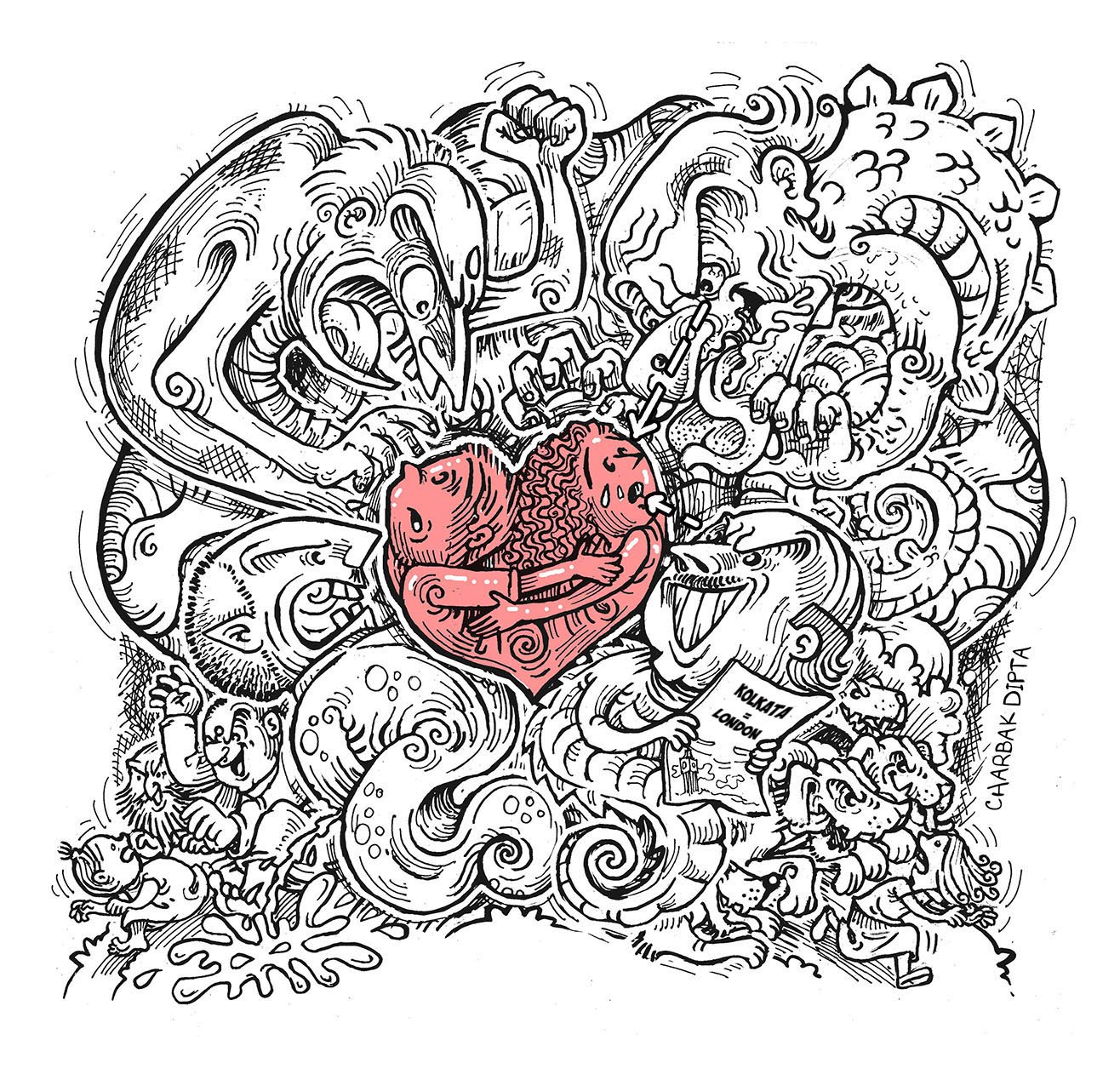 This is a cartoon I made to criticise the Kolkata metro incident (April 30), where a mob of passengers assaulted a couple for hugging in public. This is not an isolated incident but just an extension of the country-wide culture of moral policing claiming to protect a made-up version of “Indian culture”.

Here Is A List Of All Types Of Philia, Or Excessive Desire, Which Humans Can Feel