To The Brave Police Officer In Uttarakhand: I Hope You Inspire Millions

Almost all the jokes I heard in my childhood were about Sardars. Later, they took the name and shape of Santa-Banta which till date are massively popular among Indians. If we look at WhatsApp jokes, a lot of your data will probably be about Sardar jokes.

I am unaware of the roots of Sardar jokes but the stereotype is extremely offensive and deeply hurtful.

Today when I read about this Sikh police officer in Uttarakhand who single-handedly stopped a violent mob from lynching a helpless Muslim boy the Sardar jokes all came back to me to remind me how awfully we paint a certain community based on biases and hatred. 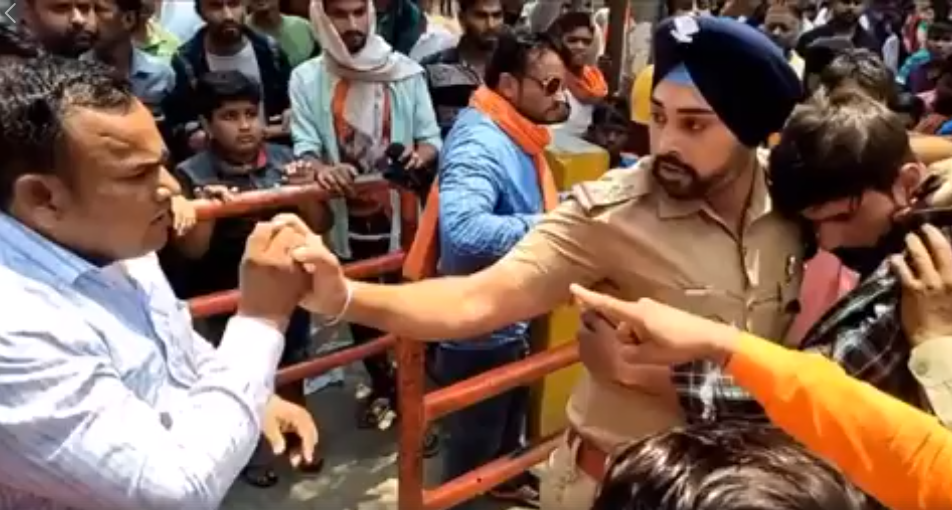 When I looked at the still photograph, it reminded me of one time when I visited a zoo in Uttrakhand with my cousins where the tiger cage’s keeper had hung a piece of meat on a string in the middle of the large cage and the hungry tigers were violently jumping to tear it apart from all sides.

This scene is similar.

Apparently, the Muslim man visited a temple with a Hindu female friend. A mob found out that he is a Muslim and locked the doors so he couldn’t escape and began hitting him when the Sikh inspector, Gagandeep Singh intervened and protected him.

Obviously, Twitterati had to respond to it with lots of hearts and RTs. 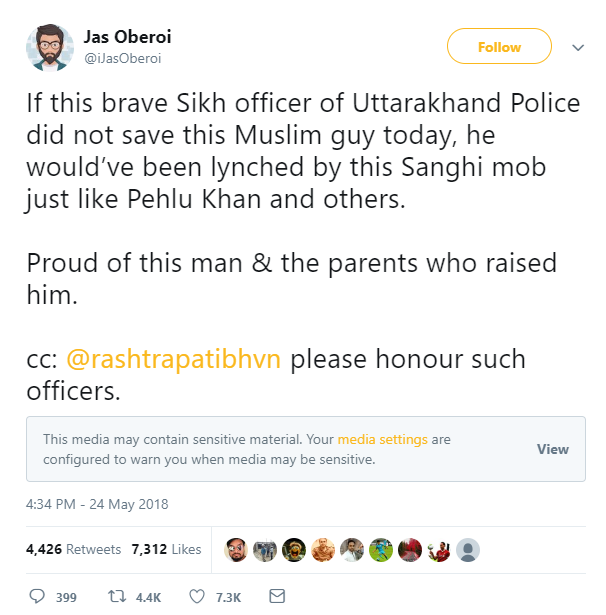 The most powerful lesson this incident teaches us is that being a witness to an aggression or a violent act is not easy but there is almost always a choice to either ignore it or to do something about it.

If it wasn’t for officer Gagandeep Singh, the Muslim guy would have returned home in a coffin.

If you are not the target, and you are not being hurt, you may be in a better position to stop an aggression or torture from happening.

Yes, Gagandeep Singh is a police officer and it was his job to stop a crime from happening. But in India, if I count the number of times massive crimes have taken place in broad daylight and the police were stood aside doing nothing, I’d lose count.

I hope others get inspired and stop angry mobs from hurting helpless and powerless individuals, keeping the religion and caste factor aside.

How Do We Tackle Rape Culture When Society Still Believes Women ‘Ask For It’?

Turiyavaad: An Ideology Of Truth And Transcendence in Life, Society And Politic