By Wajiha Haider in News

Recently the state of Yogi saw many crimes, adding to it Unnao, Uttar Pradesh that has been lately popular as a minor from the district was gang-raped, saw another shameful act being done by the U.P police.

On Saturday late night, two men were killed in a road accident by a truck where a man from Alamshah village named Subhash lost his life on the spot. After a police jeep took the dead body for post-mortem, a few policemen forced an underage boy, the 13 year-old-son of Subhash to wash off his father’s blood as their jeep had ‘gotten dirty’ with the blood.

No matter how many times the political leaders or government officials say that police should maintain a friendly behaviour with the people, what we see is no sign of improvement from the district police. With this incident, we see no traces of humanity left in the police department. 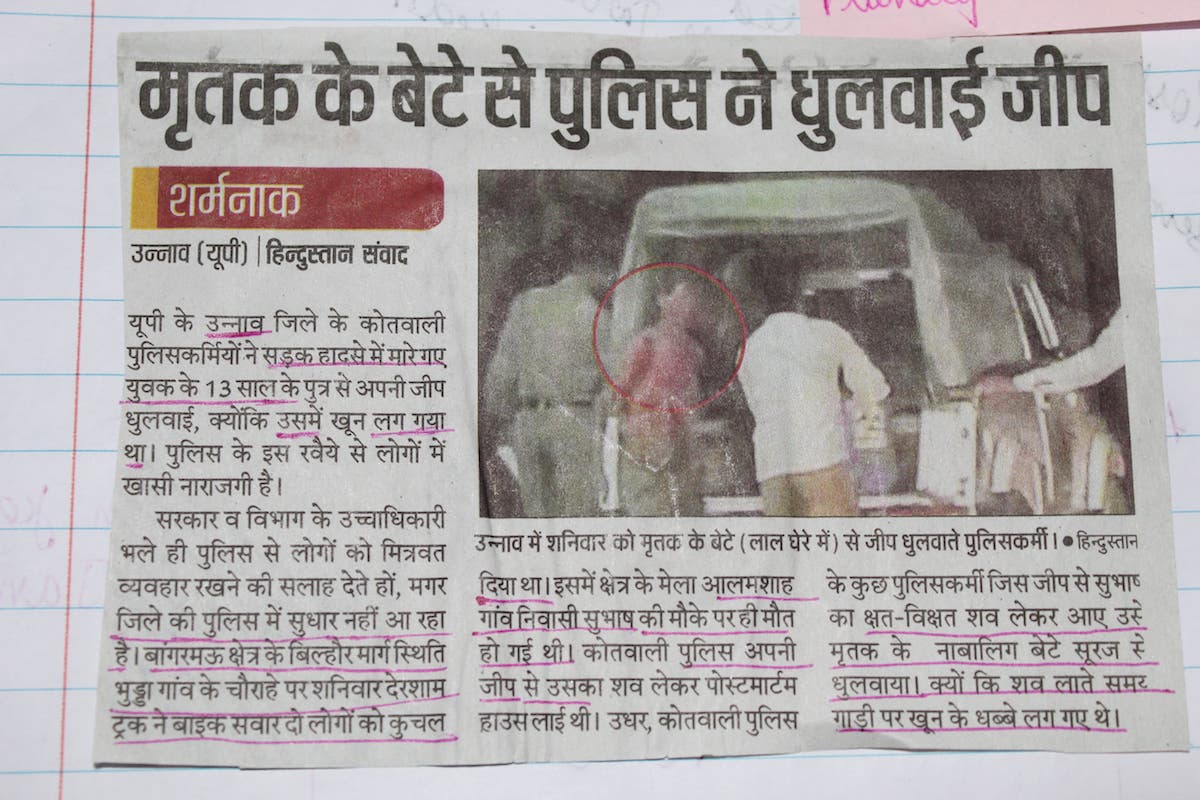