Are You In Charge Of Your Sexual Health And Wellbeing?

By SHEROES in Sex 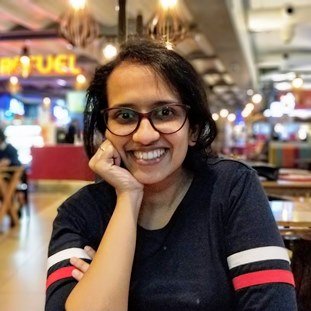 In the 1960s, a revolution began when the birth control pill earned the Food and Drug Administration’s approval. Women and couples were able to maintain the spontaneity of sexual relations and avoid pregnancy with almost 100% efficacy.

In India, today, while there’s progress with contraception options, the education and awareness surrounding it is lacking. Indian households tend to teach their girls that it’s a woman’s ‘duty’ to bring children into the world. Period. Sexual gratification or thinking of sex as a means of pleasure is a big NO.

The social stigma and taboo around sex simply prevents any conversations around healthy reproductive choices. What’s more disheartening is that young women don’t feel comfortable consulting a doctor in such matters, and tend to opt for over-the-counter medicines instead of a conversation with a gynaecologist. In the process, they compromise their own sexual well-being.

As the resident medical consultant at SHEROES, an-all women platform, I have the privilege of assisting and educating young women to feel more liberated and gain control of their sexual lives.

However, some common concerns surface, too, often leaving me to wonder—“While the age for first sexual contact among women is decreasing, why is the the willingness to adopt and use contraception not increasing proportionately?” 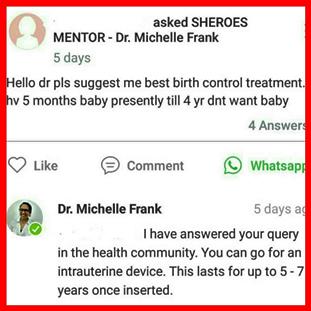 In the SHEROES Health Community, women write to me sharing their apprehensions and anxiety related to unprotected sex. They’re young, sometimes pregnant out of wedlock, and worry about societal norms that will implicate them as outcasts. Other common dilemmas and issues include – whether it’s right to have sex before marriage, issues around having multiple sexual partners, and the viability of an abortion, to name a few.

These are difficult topics to discuss, but the judgement free space in the community enables free discussion and gives me the scope of sharing the much needed correct information.

As a society, I believe that women—as friends, teachers, colleagues, and doctors—should share and openly discuss reproductive and sexual health. Women should proactively create awareness and engage in free dialogues about taking care of their own sexual well-being.

It’s also high time girls and women freely consulted  gynecologists to discuss contraception. Being a doctor, I wish to see a progressive change in the mindset of women.

For instance, why should buying condoms be a man’s responsibility only?

Why not take charge and ask your partner to use a condom during intercourse?

A sexual relationship is about respecting each other’s wishes. If intercourse feels better without a condom, then the couple needs to keep in mind sexually transmitted diseases (STDs) and other viable contraceptive options.

In developing countries like India, women must take a stand and own their rights. Mindsets will change only when mutual dialogues are initiated.

SHEROES Communities for women are accessible via sheroes.com and the SHEROES app