First of all congratulations for all the amazing work you are doing for government school students.

I never thought I will ever get a chance to write such a letter because I never expected someone will ever attempt to change government school conditions like this.

Throughout my life I studied in different government schools and I used to compare my schooling with resources and facilities that students from private school students had access to. It was really disappointing because when you have to compete with those students in higher education it becomes really difficult as limited resources affect our performances which reflect in scores.

I still remember my school days 10 years ago when government school students had to face basic problems like drinking water, clean toilets, no desks and many times no electricity. There was a rule that students had to clean the classroom and most of the time to avoid morning assembly in the summer, many students used to fight for the same. Students were supposed to sweep the floor and now when I look back it doesn’t feel like a pleasant experience. 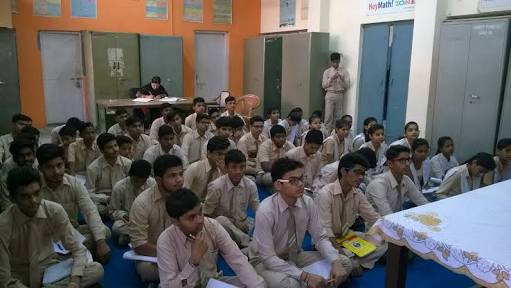 Conditions of toilets were so bad that every time we used to enter toilets we had to mind our step and you can understand why. Getting drinking water in a government school was like a dream. Generally it was an old black water tank which was never cleaned and you were supposed to drink that water. I know its really difficult to explain all such conditions in one letter. If you talk to private school students you will realise they were only going to school to study and for us along with studying we were sweeping, mopping, fighting for drinking water, and exposing ourselves to those uncleaned toilets.

Now, I have visited many government schools near my area and looking at the condition I am so impressed that I wish to study again in government schools. Like not only basic facilities like desks, drinking water and clean toilets, there are multi purpose gyms, swimming pools and AC rooms for activities. I wish these things were available in our time. I would have proudly told everyone that I am from a government school.

At the end I would say thank you for improving the conditions of government schools in Delhi and giving a chance to students from lower and middle income backgrounds to focus on their study.