Did The BJP Score Brownie Points By Splitting With The PDP In Kashmir?

By Gladvin in News, Politics

The end of the BJP-PDP alliance in Kashmir will have a major political significance. I would consider it a well-played political stroke by Amit Shah. Let’s analyse the possible impact of this schism on the upcoming election. 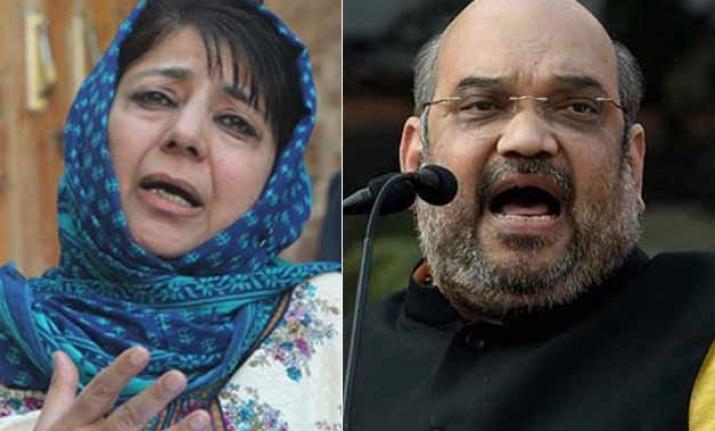 It is a well-known fact that Kashmir is one of the hot-spots in Indian political arena. Now, the BJP will try to use this manoeuvre for better political gains.  By ending its alliance with the PDP, BJP will now play the nationalist card by directly blaming the PDP for all the issues and problems in Kashmir. It will portray itself as a party that does not tolerate violence and terrorism. BJP spokespersons will hail it as a political sacrifice, by accusing the PDP of not allowing them to fight terrorism in the Kashmir Valley.

The BJP is a smart political party, and they will not break its alliance with the people at this crucial period when the NDA is going through so many reversals. Instead, they will try to gain political brownies by riding on the sentiments of the people. Our soldiers will be again dragged into political debates, and Pakistan will once again become the scapegoat. In the meantime, the real, burning issues will be pushed aside by the debates on nation, nationalism, and patriotism.

The BJP-PDP alliance has performed terribly in improving the situation in Kashmir. And it’s only normal that the BJP will not proceed with its failed policies in Kashmir, especially in the run-up to the 2019 election. Now, they will cross their arms and will probably turn a blind eye to the situation in Kashmir, but it will be interesting to see how they handle the deteriorating situation in the LOC region. Buckle up for the big political drama ahead!