Flaws Aside, Society Needs A Book Like ‘The Gutter Princess’ By Mini Gautam

By Tejaswinee Roychowdhury in Books 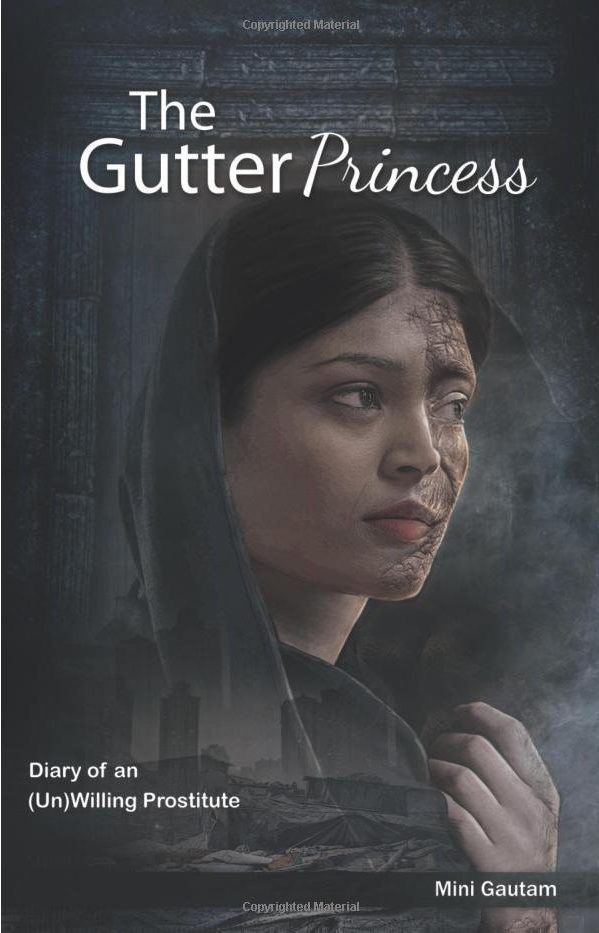 So, recently, I just finished reading a book titled “The Gutter Princess: Diary of an (Un)willing Prostitute” by lawyer-turned-author, Mini Gautam. I had acquired it as soon as it was published but it took me a long long time to finally start reading it. And now, I want to talk about it because it has the potential to be one of those books that leave a mark, an impact on the society.

So, firstly, I felt that the first half of the book, that is, until Chapter 9, the story could have been a lot more fast-paced, and overall, a little more attention should have been paid to the very few grammatical errors. For someone who is writing, it is often difficult to notice these grammatical flaws and that is why it is pertinent that the editors read and re-read the manuscript to the point of perfection.

Leaving that aside, most of the book is essentially a first-person account of a woman who, both willingly and unwillingly, became part of the flesh trade in the City of Joy. Despite my need for a faster story-line, I think that the author paints a brilliant picture of the society, especially men and their emotions, from the perspective of a sex worker. This perception is bold, uninhibited and often, graphic, thereby, engaging the reader in sharing the perception.

Secondly, while not giving away the details of the story, I would like to point to the part where a man is arrested and tried for his heinous act – acid attack. I appreciate the fact that the author has explored the social evil of acid attack, the plights, the emotional turmoil, and the social perception of an acid attack victim and her family. However, I had really hoped for a dramatized description of the investigation and the trial because the author is a lawyer. It would have made a gripping tale, or maybe it’s just my expectation after John Grisham’s “Rogue Lawyer”! Not to compare, though. Just an opinion.

Additionally, the author stresses upon the rehabilitation of an acid attack victim and couples it with her revenge saga. While the revenge saga plays out in the form of an undescribed trial, it is really appreciable of the author to focus on the rehabilitation of the victim. At the same time, by virtue of the story-line, a sex worker is rehabilitated and it is a pleasure to see that happen so smoothly, at least in fiction.

Thirdly, what I really liked is how, much like Jefferey Archer in “The Clifton Chronicles” series, the author attempts to tell the story through the first-person account of each of the significant characters. She explores the idea that there is more than one perception of an event or a moment or a chance encounter and presents it beautifully, albeit, briefly.

In doing so, she touches upon other issues – the ups and downs of marital relationships, the emotions of the man who chooses to be with a sex worker for a night, the stress associated with the professional life of underappreciated lawyers working in law firms, the turmoils of a single mother, and the self-realisation of a man who fails to be who he should have been. But amidst these issues, what stands out, in particular, is – the lack of safety of a girl in her own home and the role a mother plays in such a scenario.

Takeaway: There is a vast multitude of social issues and the fact that the first time author has touched upon so many of them in just 137 pages is beyond amazing. Flaws aside, the author tried to speak of issues that otherwise usually remain in newspapers and judgments, in a fictional light. The book is not perfect, but it is something the society needs, and I laud the author for having written it. Hopefully, she’ll write more books and make some more impact while she’s at it.