‘I Was Worried If I Was Feminine Enough’: What Indians Think While Getting Naked For Sex

It’s one of the most confusing things about sex. You feel this pressure building inside you to take off your clothes, take off your lover’s clothes, and be skin-to-skin as urgently as possible. BUT! But we also feel suspense, anxiety, uncertainty, excitement and maybe even a little fear about what getting naked will mean. Should we? Shouldn’t we? Especially the very first time — what are you supposed to feel? 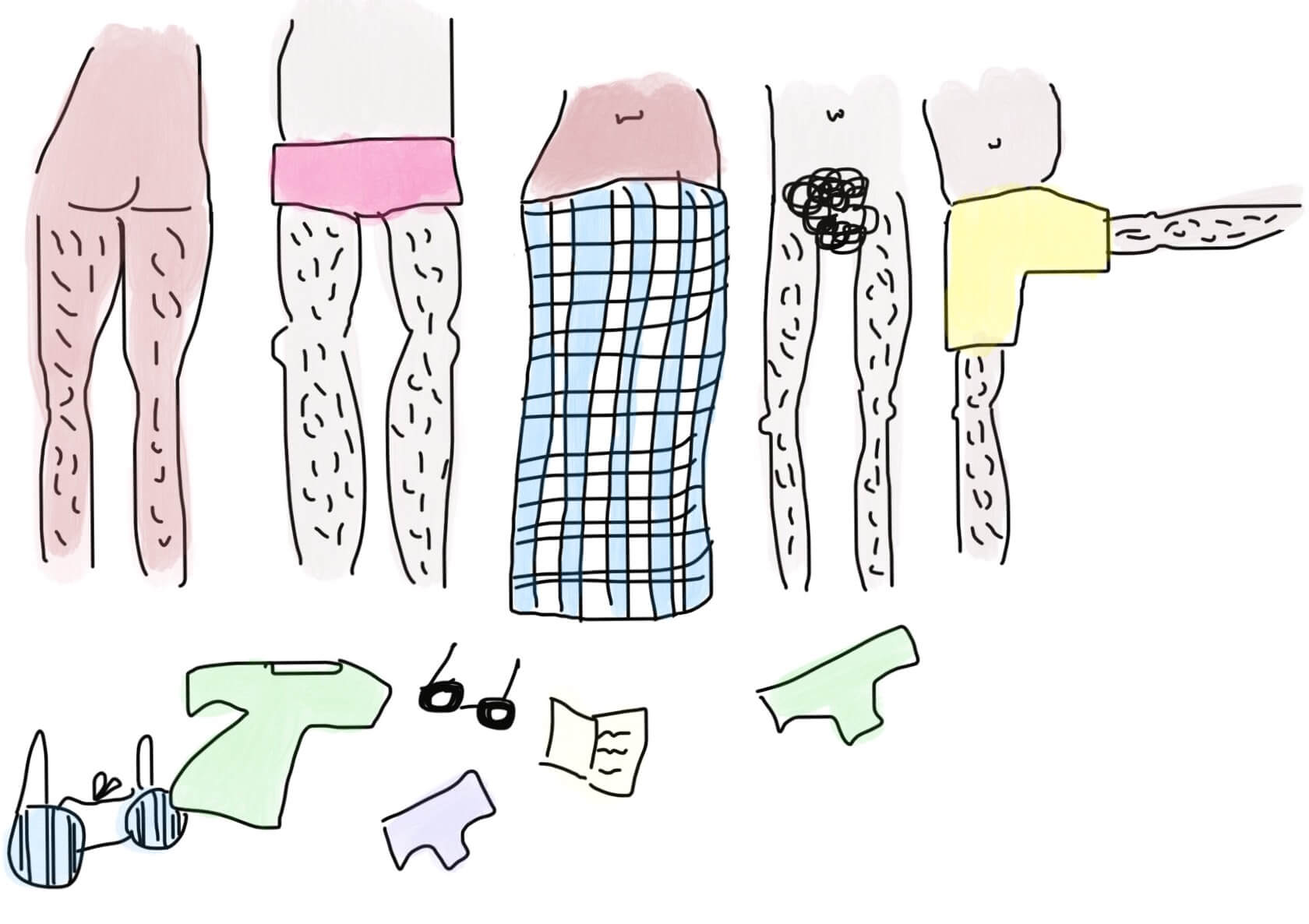 Madhu, 21, learnt a lot about nakedness from her childhood experiences of being around other people in school. 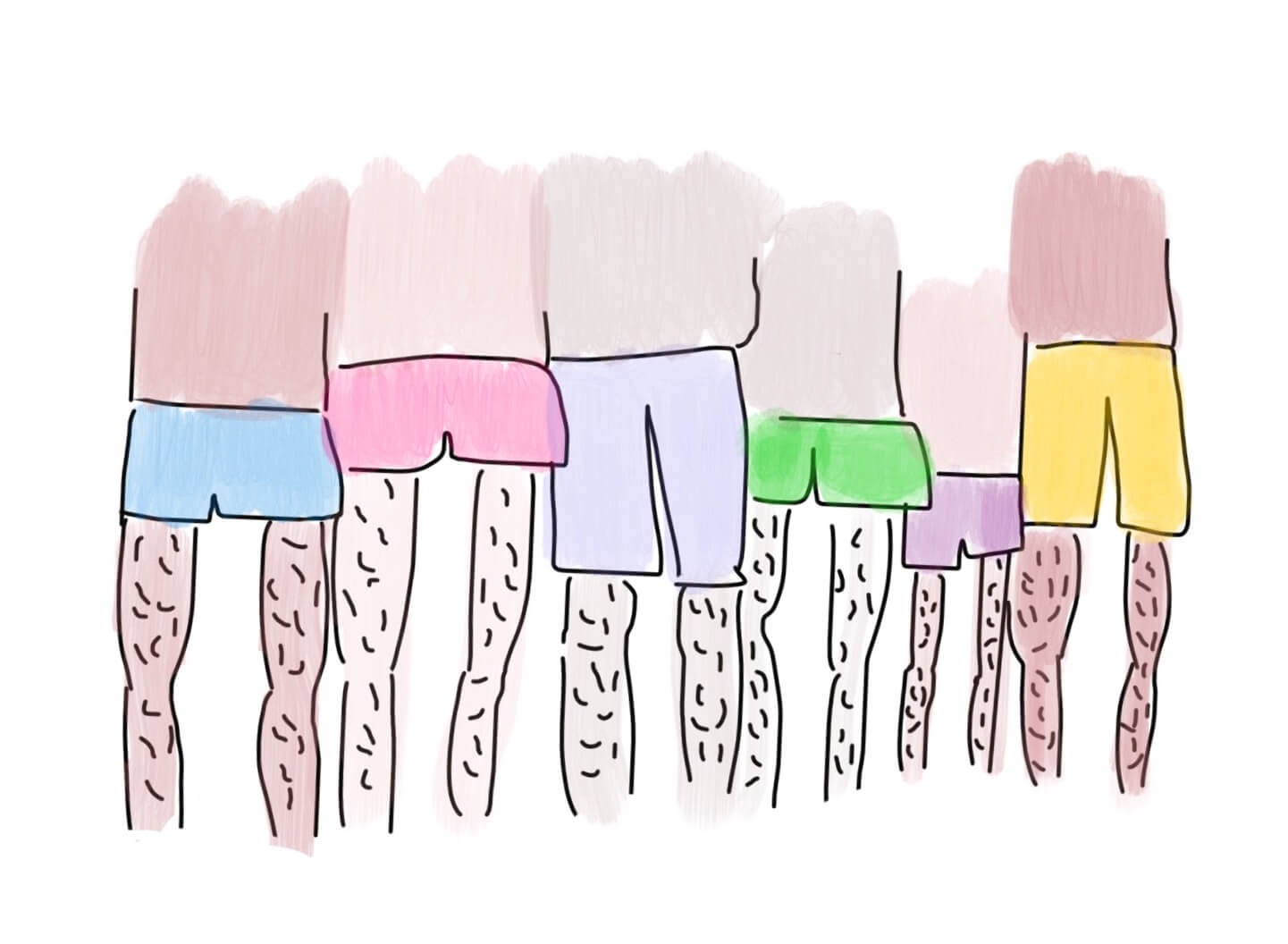 As a member of an OBC community in an elite school, he also felt like his “too-small” body was an indicator of his caste, and it always made him feel self-conscious. At a school medical check-up, where all the boys were made to strip and stand in rows to be examined, he remembers feeling as though he was on display. To him, his childhood body and adult politics cannot be separated. He carried over what he calls a “leftover consciousness”, despite years of being politicised, but was never conscious of his body when he was with his lover. He said it was love that broke that consciousness.

Getting naked is a wonderful moment for a lot of people. Many remember the actual moment of getting naked with a lover with a quick, secretly delighted smile, although it doesn’t necessarily translate to a great first sexual experience. 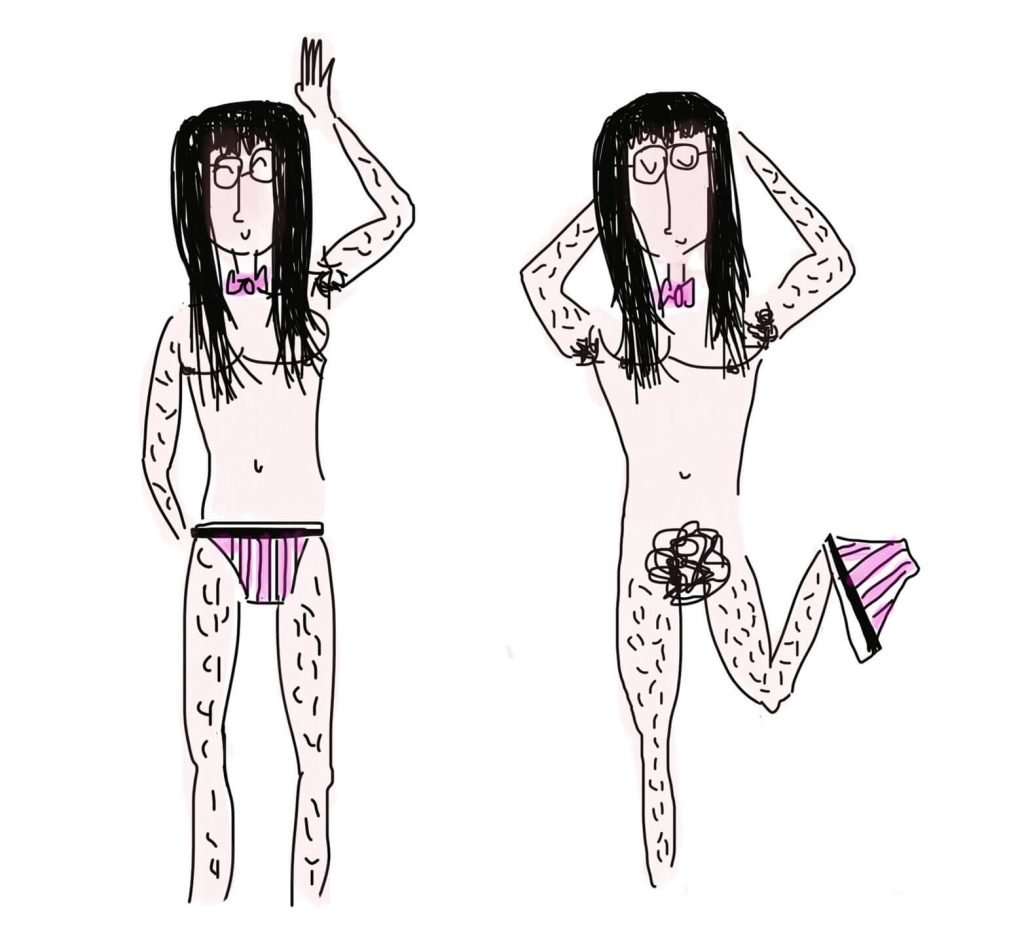 Surekha, a 27-year-old lawyer in Ranchi, remembers her first time being naked with a lover as a slow and, she says, languorous experience. “It must have taken a full two hours for us to get naked that very first time,” she reminisces. “Nowadays, people [myself included] seem to just jump straight into it, as if they can’t bear to spend more than a couple of minutes kissing. My very first time was with my ex-boyfriend, and it was his first time too. We took it so slow, the entire process of getting naked was so spread out that by the time I finally was, it felt like my whole life had been leading up to this. I was just too physically turned on to even think about insecurities, or even to process anything properly. I think he was in a similar state too: it felt too natural and too urgent at that point to actually dwell on being naked.”

The moment of getting naked isn’t all fields of roses though. For many, it’s a moment when hidden insecurities can take centre stage. 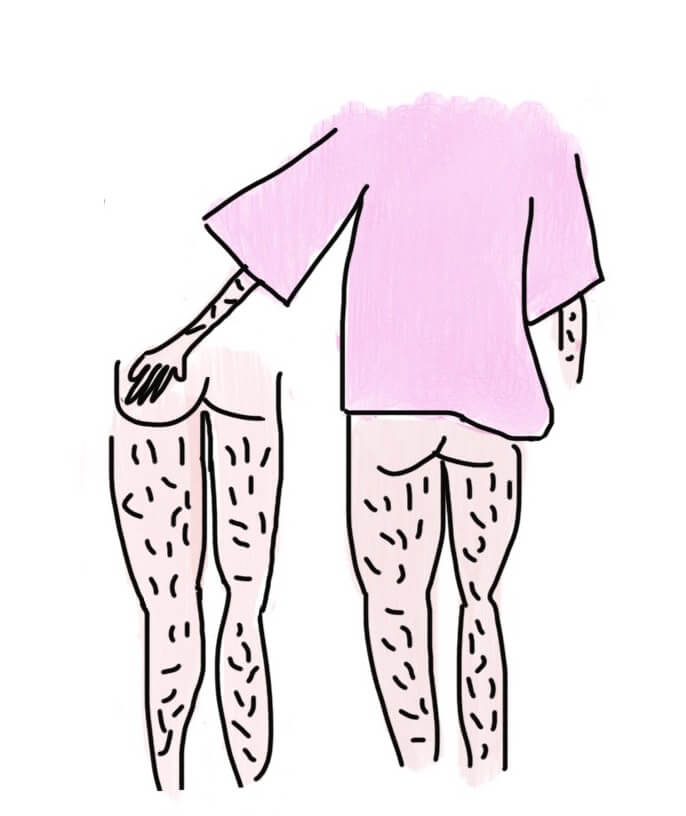 Manisha, 25, said that the first time she got naked, was with her best friend, who soon became her boyfriend. She was 14 and says that at that time, she loved her body. “Not in an oh-my-god-I’m-so-skinny way,” she says, “but more that I didn’t have a shred of fat on my body, so I was so incredibly confident. It felt really good to be naked that very first time; it felt like it was just meant to be. We were best friends, and the second we were both naked, we literally exclaimed out loud, ‘whoa, this is so strange and so awesome’. At the time, I was a huge proponent of nudity. Not that everyone should be naked all the time or anything like that, just that nudity felt so natural and comfortable, I felt sure there was some intrinsic value in letting your body be free like that every once in a while. It’s different now. I dread taking my clothes off in front of someone new these days because I’ve gained some weight since then.” 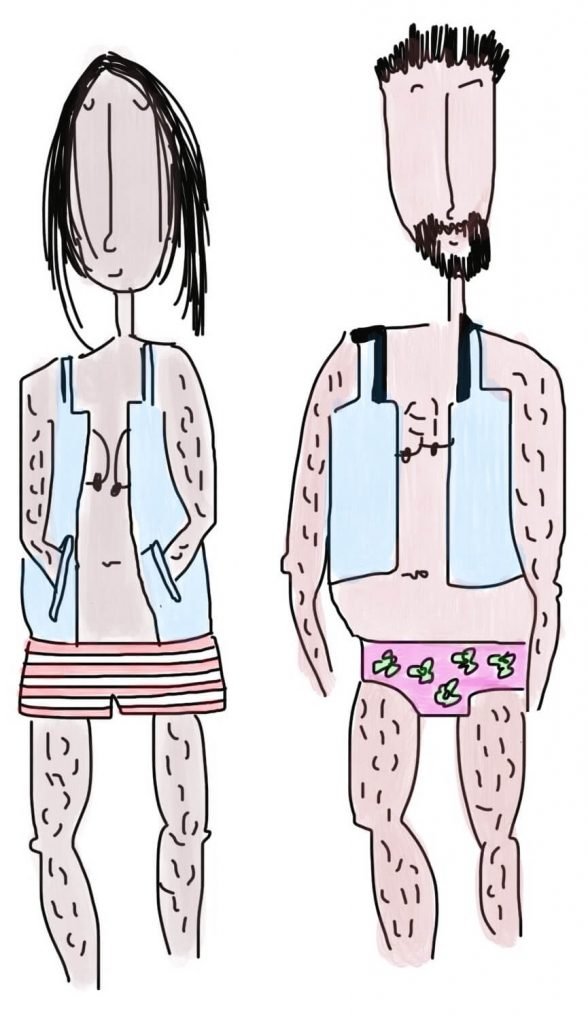 Malini, a 34-year-old Bangalore-based media professional, says that in hindsight, she feels like her insecurities about her weight badly affected her first sexual experience. “I was so preoccupied with positioning my body in ways that I thought ‘hid my problem areas’, and also in sucking my stomach so that he wouldn’t notice my love handles, that I absolutely couldn’t let go and enjoy myself. In fact, I was pulling my stomach in so hard that I could barely breathe, forget anything else!” Malini says it’s gotten much better now, though. Although she faced a lot of the same insecurities the first time she had sex with her then-boyfriend-now-husband, she said they soon evaporated, and that she’s never been more confident. “You can only suck your stomach in for so long: my husband has seen all my flaws, and I’ve seen his, so I don’t feel like I have anything to hide, or even that I could hide anything if I wanted to.” 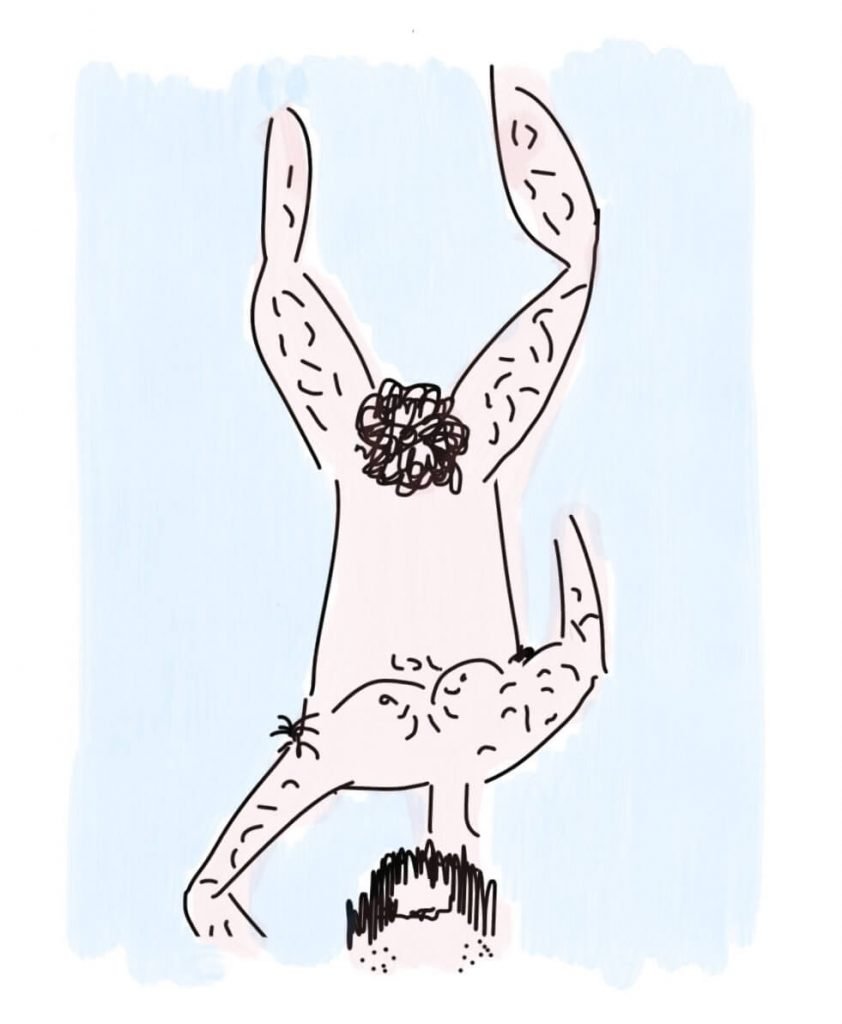 Bryan, a 30-year-old queer teacher, wishes he could reach that level of intimacy with a partner. “I used to have acne, and still have the scars, so I wanted the room to be as dark as possible so that he wouldn’t notice. I was thinking about that more than what I was feeling! I still worry about my skin and what people think of it. It’s always worse with new people. I’m tired of feeling the same way each time. I wish I could just find someone and settle down; a person I could trust completely and just let go with no fear.” 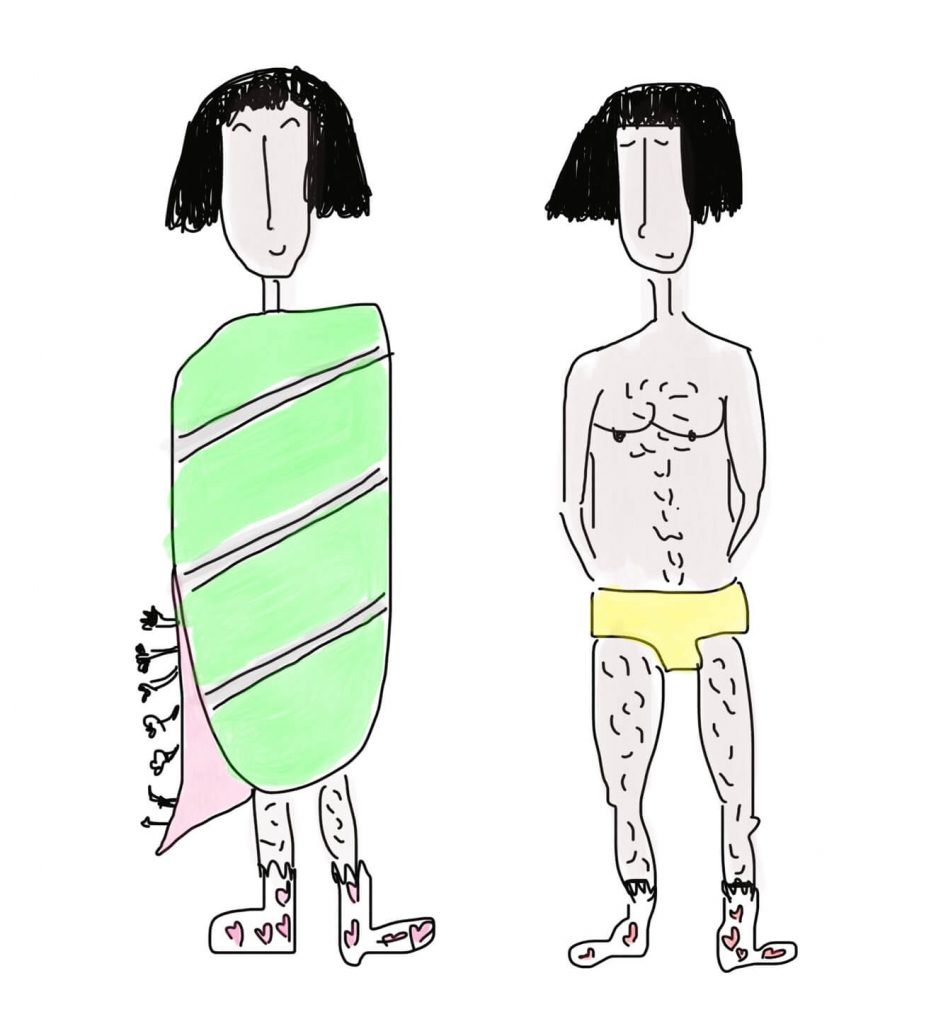 Aseem, 24, says he always felt shy about being naked. “I love sex, but I feel a bit ashamed about getting naked, or rather, having someone see me naked.” When questioned more closely about this “shame”, he says, “I don’t know exactly. Everyone has that feeling. I think it’s the programming that we’re raised with. I try to keep socks on or hide under the blanket a bit so that I don’t feel totally naked.” He says, though, that it gets better once you are fully, or in this case, almost naked: “Then your body just takes over, and you forget about other things; your body just wants to have fun. I wish we didn’t have to look so much at each other during sex, and could just feel it instead. As much as I love sex, I wish it didn’t involve so much staring!”

This kind of conditioning Aseem talks about could come from different places: from family and popular culture to television.

Priya, a 40-year-old Kannada writer, looks back at her own first time and contextualises it against a different cultural background, one that was less preoccupied with weight (or losing it). “I wasn’t self-conscious about my body in the way young girls are now. I wasn’t worried if I was thin enough and I didn’t have some catwalk model’s body in my head. But I did worry if I was feminine enough, delicate enough. I wasn’t feminine or delicate. It reminds me of that moment in “Chaalbaaz “when Sunny Deol is holding the hand of the rowdy Sridevi thinking he’s got the shy Sridevi. Then rowdy Sridevi says “Chodo Na!” And he lets her hand go. And rowdy Sridevi is shocked: “Chod diya?!” I felt like that.

I felt he was looking at my body and then touching my body as an opportunity to see something in live action that was he had only seen in pictures before. A demo model. I wouldn’t say the experience was exploitative or ugly, just that it wasn’t intimate in any way. I didn’t feel curious about his body and was sure back then that my body was a lot more interesting than his.” 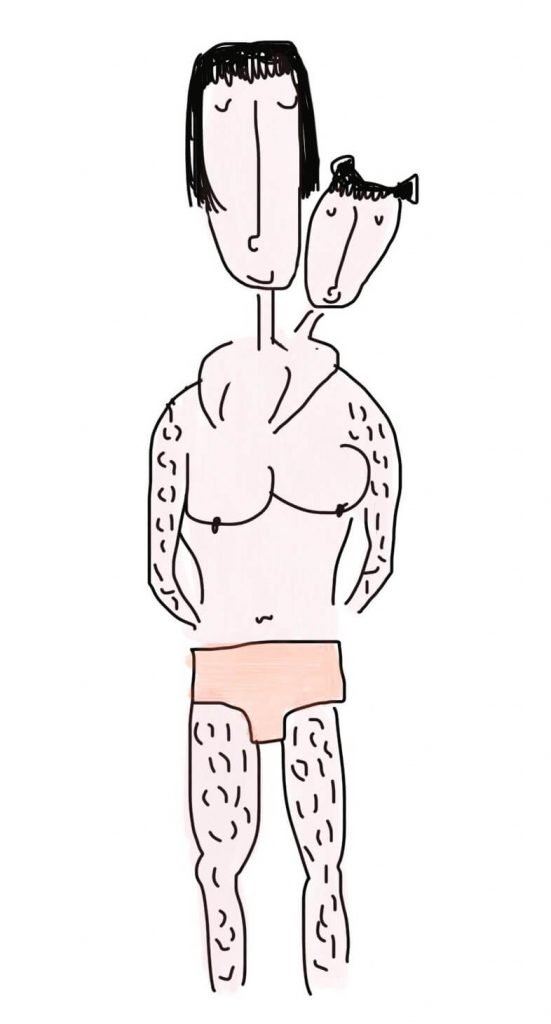 Circumstances force some people to change the way they feel about nakedness.

Alfiya, a 24-year-old psychology student, says that whatever bones she ever had about nakedness disappeared after she gave birth to her first child. “I felt shy the first time I was naked in front of my husband, it didn’t seem like it was really happening, but you get used to it. When I was pregnant, I used to worry about the delivery. I couldn’t imagine having so many strange people look between my legs, but then during my 12-hour labour, I didn’t care less. I feel the same way about breastfeeding now: I don’t care where I am or who is around, feeding my baby comes first, and all the thoughts about propriety and modesty I had when I was younger can just fly out of the window.” 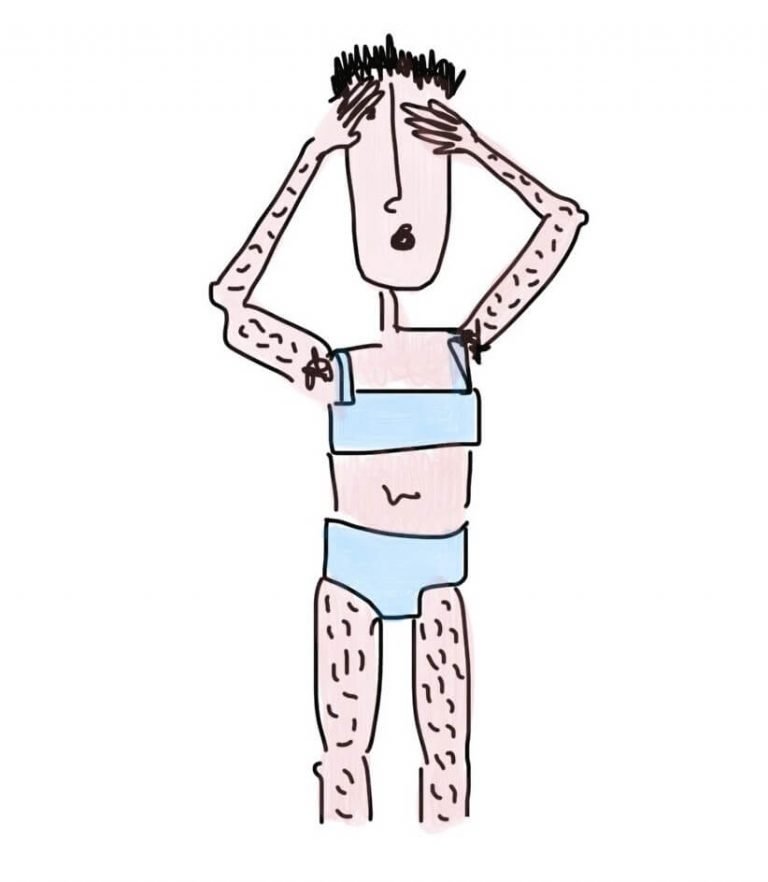 And for others, it isn’t really an option at all

When asked about her first experience of getting naked in front of someone for the first time, 21-year-old Deepti said, “Oh my god! Who would ever do such a stupid thing!”