By Jessy Preethi in Latest

“Both Kamal and Rajini are always my friends. But when it comes to politics, my choice will always  be Kamal Haasan over Rajini,” says actress Srirpriya in Vikatan Interview. 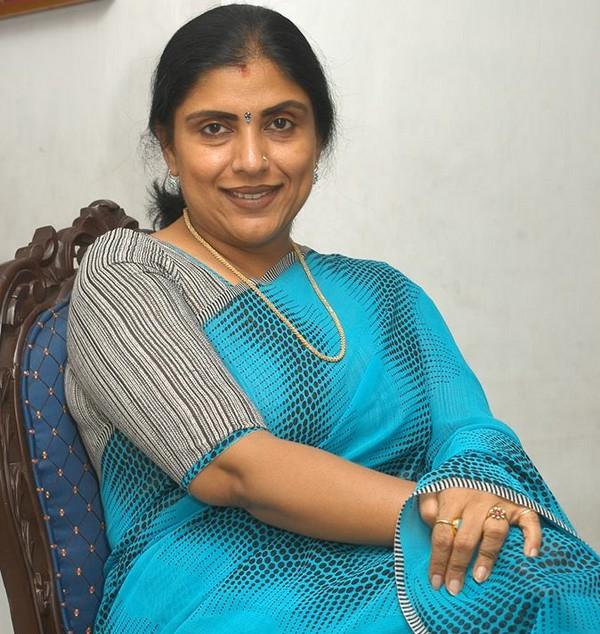 Sripriya had a great breakthrough in “Aval Appadithan“, a movie directed by C Rudhraiya, starring Rajini and Kamal. Sripriya also acted with Rajini in “Billa”.

On June 17, 2018, Vijay Television is set to telecast the opening episode of Bigg Boss Tamil Season 2. In the first season, the show had a huge audience among the people in Tamil Nadu leading to its huge success. Many people even reviewed the show on social media (especially Twitter). Sripriya was one of them.

In this interview, she was asked about Bigg Boss Tamil Season 2 and her political life.

A: The Bigg Boss house is surrounded by so many cameras. The people inside the house have been kind, angry and affectionate. Some even forget that they are watched by cameras. That’s why I like that show a lot. I even shared my opinions about the show on Twitter last year.

Q: Why did you join as a member in Kamal Haasan’s party?

A: I was not involved in politics till now. But I always thought something needed to changed in society. Rather than raising a voice among the crowds, it is better to raise your voice alone in a manner that will make others listen.

Also, I liked the principles of Kamal Haasan’s party. So I joined his party. Rather than terming it as a political party, I would like to call it a platform which helps people. While I am interested in earning money and designations, I am joining politics to help people and to make my family proud.

Q: Why did you choose Kamal over Rajini?

A: I need a leader who can be a good decision-maker. Ideally, they should be knowledgeable, besides being a leader who can take good decisions at a particular time. My leader has not just been sitting for 40 years thinking whether to enter politics or not. He just decided on it and acted accordingly.

As friends, I like them both. But when it comes to politics, I always choose Kamal over Rajini.

This interview reminds me about the movie, “Aval Appadithan”. In that too, the leading character (played by Srirpriya) chooses the character played by Kamal over the one played by Rajini.

Does ‘Violence Against Women’ In India Even Exist?