How Can We Tackle Menstrual Stigma When We Don’t Accept Its Physical Effects? Menstruation is a vital determining factor of a woman’s health. The regularity, the blood flow, consistency, the intensity of cramps, the existence of hormonal issues affecting menstruation, and more, are all facets of this factor. A healthy menstruation cycle means a healthy woman and is a cause for celebration. Instead, it’s stigmatized largely on a global scale.

Most women in India still shy away from talking about their periods except with someone close like their mothers, sisters, or friends. She finds herself aloof and uncomfortable in her workplace and elsewhere when it comes to communicating the very fact that she is on her period. In order to excuse herself from her work or to get a decent sitting area in a crowded bus, she modestly resorts to an ”I-am-sick” without eye-contact and the person being communicated to immediately understands. And the stigma continues.

Another troublesome instance presents itself while women go shopping for menstrual hygiene products. More often than not, a male member of the family or an elderly one buys it for her. The discreetness of the shopkeeper and the customer presents menstruation as something highly illegal or immoral. Our centuries-old social conditioning doesn’t allow us to behave normally around a sanitary napkin.

I believe women shouldn’t be nervous and shy about communicating that they are on their period. And the recipient of the communication shouldn’t be shy and edgy about it either. The reciprocation shouldn’t be one of “Hey, it’s your private business, keep it to yourself.” But as long as the slightest stigma surrounding it’s social perception remains, it will be a rocky road. 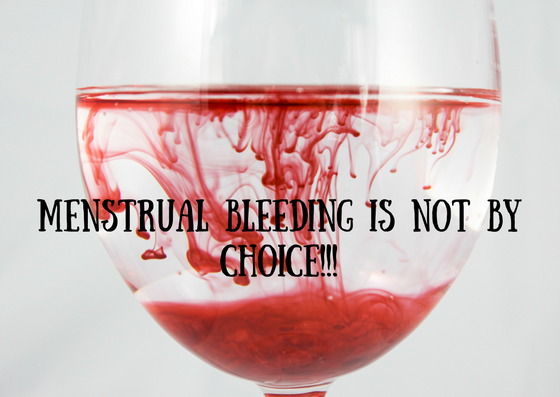 Menstruation is a natural phenomenon for every cisgender woman on the planet. It’s something people of all genders should be comfortable with because it is not a “women’s issue” but quite socio-economic in the present scenario. Women literally have to plan their monthly budget keeping menstruation in mind. Additionally, menstruation is also quite an environmental issue if one considers the large availability of non-biodegradable napkins at prices way lower than the eco-friendly, biodegradable ones.

While I am not for the moment going into the religious stigma surrounding menstruation, I will point out that stigmas regarding menstruation exist worldwide and they come in various forms.

Recently, I found references to a YouTuber (Freelee, the Banana Girl), who used to run a channel on veganism. She was off her period for almost a year and had claimed that her body was finally rid of the ‘impurity’ and despite her intense cramps, she couldn’t be happier. I was even more shocked to see a lot of agreements in the comments section. It is that day I realized how deeply ingrained the stigma surrounding menstruation really is, and its magnitude on a global scale.

There are still more that fall outside of these categories. Many refer to a vocal menstruating woman as a wimp that cries too much for no reason, wherein the ‘menstruation is natural’ argument is thrown back at her face and there is a general refusal to acknowledge the physical problems she may be facing due to her period. For instance, Twinkle Khanna‘s and Barkha Dutt‘s comments on menstrual leave.

It simply seems to me that the entire world is revolving around the stigma of menstruation. Some stigmatise menstruation by suppressing it while others’ attempt at its de-stigmatisation is so over-simplistic that they wind up stigmatising it anyway. 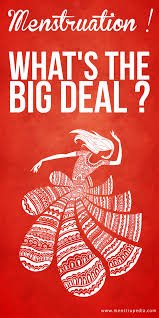 To prevent any miscommunication, I will clarify this point: Menstruation is stigmatised if its problems are stigmatised. Not acknowledging the problems relating to menstruation by saying that menstruation is a natural phenomenon and a woman needs to deal with it and shut up about ‘normal’ cramps and not demand leaves, simply means one is not ready to accept menstruation as it is, with its problems, thereby leading a woman to be stigmatised by her peers or the society when she speaks of her problems.

No, the stigma of menstruation is not just a Third World problem or a problem that belongs to a particular section of the society. It’s an issue that needs to be revisited worldwide because all the sections of our society contribute to the stigma. There are only a handful of people across the world who have acknowledged the fact that menstruation is so natural that it’s health denotes women health and is a cause for celebration, that it’s problems are existent and speaking of such problems doesn’t make menstruation ‘an unnatural phenomenon’. Only if we talk about it freely can we remove all kinds of stigma that surround it.