By abhay chawla in Environment, Society

To redevelop colonies in the south Delhi localities of Sarojini Nagar, Netaji Nagar, and other areas, the central government has earmarked around 17,0000 fully-grown trees (some of them almost 40-50 years old) to be cut.

Thousands of these trees were cut – taking Delhites by surprise. And then, the people sprung into action, organising their own Chipko movement on June 24, 2018. 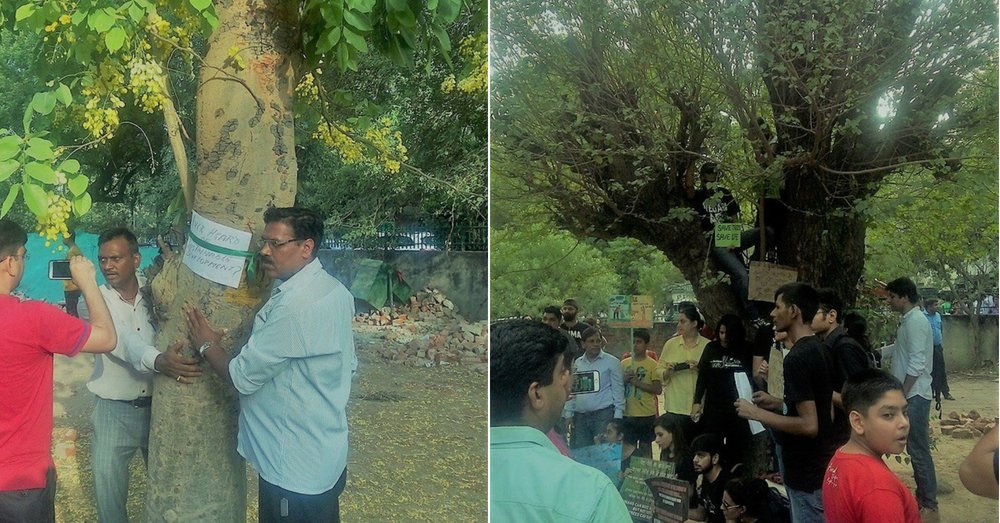 Here are some of the questions people asked during the protest:

Is development only about building apartments, roads and other infrastructure?

Is development not about the citizens or the people?

When the government says development, why doesn’t it answer the answer of whose development it intends to serve? After all, it seems to me that development activities are pursued consistently only for a particular section of people at the expense of a large section of the others. 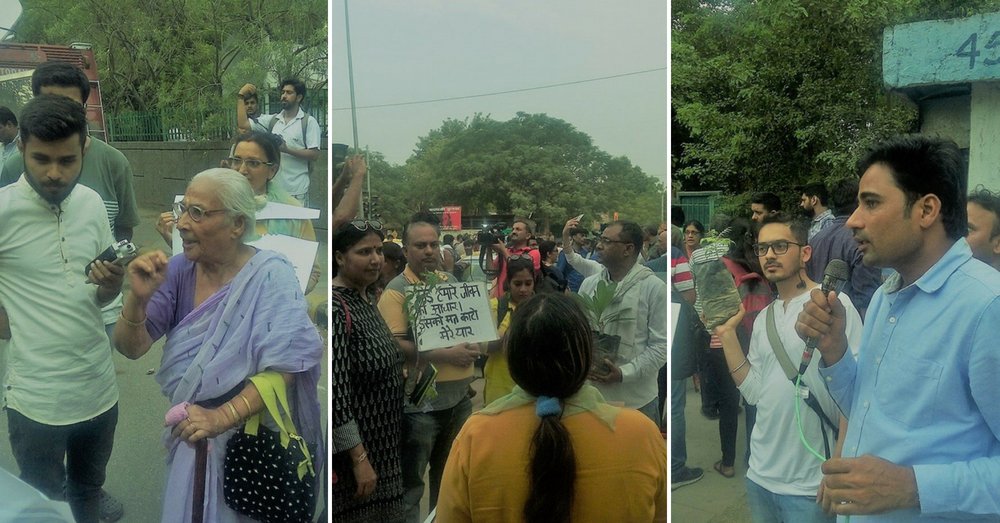 There are colonies in Sarojini Nagar, Netaji Nagar and other areas, where houses have been provided to the people working with the central government. These colonies have existed for over 40 years – and the same could be said about the age of the many trees being felled for redevelopment.

However, what people may find difficult to understand is that the PM also went to Davos for the World Economic Forum, where he talked about sustainable growth and climate change. Then, why is his government relentlessly removing Delhi’s green cover to build apartments? 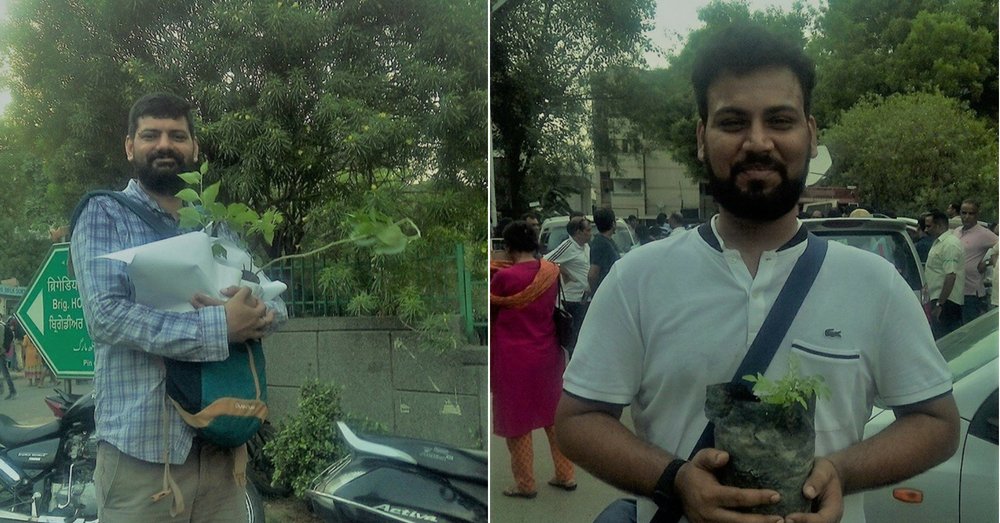 Do the planners have no idea how to design new apartments without cutting the existing trees? Has the government and the Ministry of Environment not heard about the latest technologies of transplanting fully-grown trees? A simple search on “how to transplant mature trees” will show many links detailing how it can be done (See here and here).

And what does the minister of urban development do when citizens question why these new apartments cannot come up in other areas where such a massive tree-cutting exercise need not be done? The minister threatens the questioner. 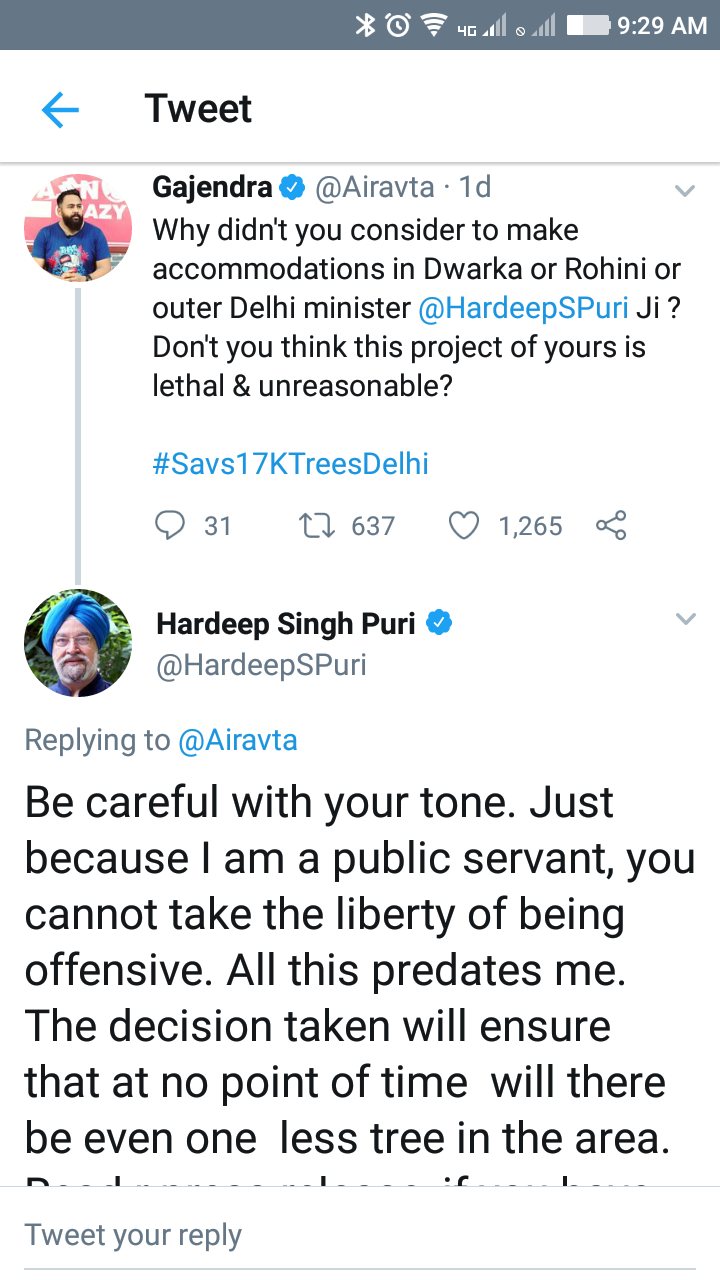 Is this government so arrogant that it cannot understand its own citizens? Does it think that the citizens are so dumb that they would not come out and protest this move?

The citizens, especially the young, have proved that they will not allow these trees to be taken down so easily. As the ruling party understands the ‘dog metaphors’, here’s one for them: 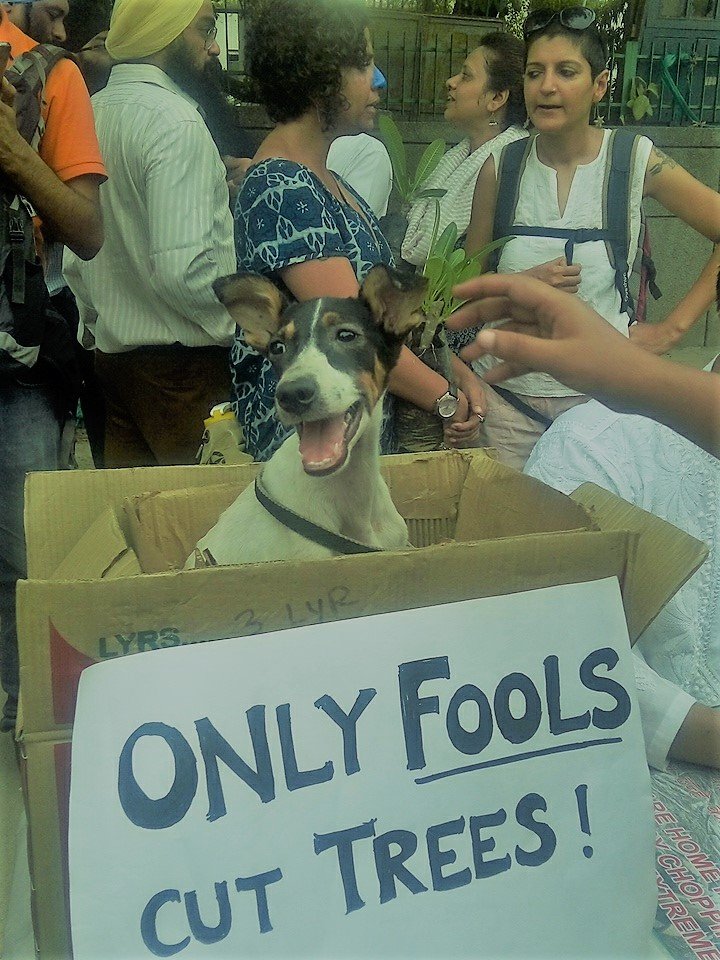 Update: The Delhi High Court has put a hold on the redevelopment project till July 4, 2018.

“Dear Health Minister, Why Are There Plastics & Chemicals In My Menstrual Pad?”

The Calamities That Global Warming Has In Store For Us