In The Face Of A Sudden Adversity, I Discovered My True Calling

By Nishi Bhatnagar in Inspiration, My Story

From designing homes to becoming a household name, I have come a long way! This is the story of love, perseverance and the will to face adversity. An unfortunate incident had dramatically changed the narrative of my otherwise normal and exciting married life, but we faced the hardships together and managed to thrive despite the odds. My husband Shishir and I had met with an incident, and he was rendered quadriplegic with this body becoming completely paralysed below the neck. Shishir’s job as a Merchant Navy officer had us travelling half the year around the world on ships and the rest we spent travelling around local cities and meeting friends, relatives and in short, we were living a dream life. 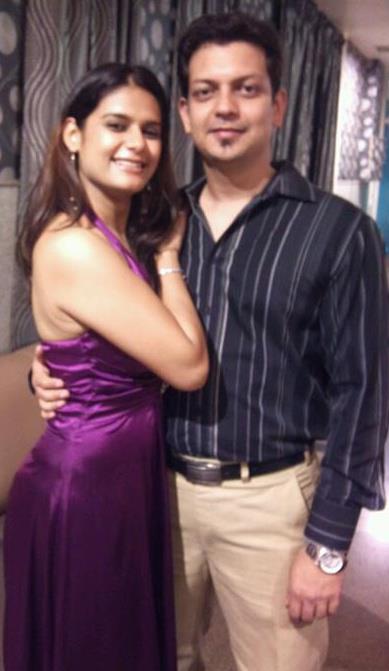 It’s been more than seven years and nine months since the incident! For me, it feels as if time has passed in the blink of an eye. A lot has happened during these years, and yet it just feels like a dream now. When I think of it, I see how life has turned upside down for us. By accepting the unexpected and still believing that we shall overcome because our love, persists and keeps us going.

Shishir and I had met in Delhi through family friends. He had qualified as a Master Mariner and was ready to get hitched. For him, it was love at first sight. “I fell in love with you, the moment I laid eyes on you, Nishi,” were his words as we had instantly hit it off. Though he tried hard to make me understand the hardships of being the partner of a Merchant Navy officer, that did not stop me from taking the leap either. Finally, we got hitched in October 2009.

Life was beautiful and blossomed as we wanted it to be… until tragedy struck!

We had flown to Goa along with our family for Shishir’s cousin’s wedding. We had left immediately for the venue as coincidentally, it was our second wedding anniversary too, and a surprise cake cutting ceremony was planned for us. The party was by the poolside, and a few of the guests had already jumped into the pool. During the celebrations, Shishir accidentally fell into the pool as there was no safety rope or rails placed around it. His head hit the pool floor and ended up fracturing multiple vertebrae in his neck and damaged his spinal cord. 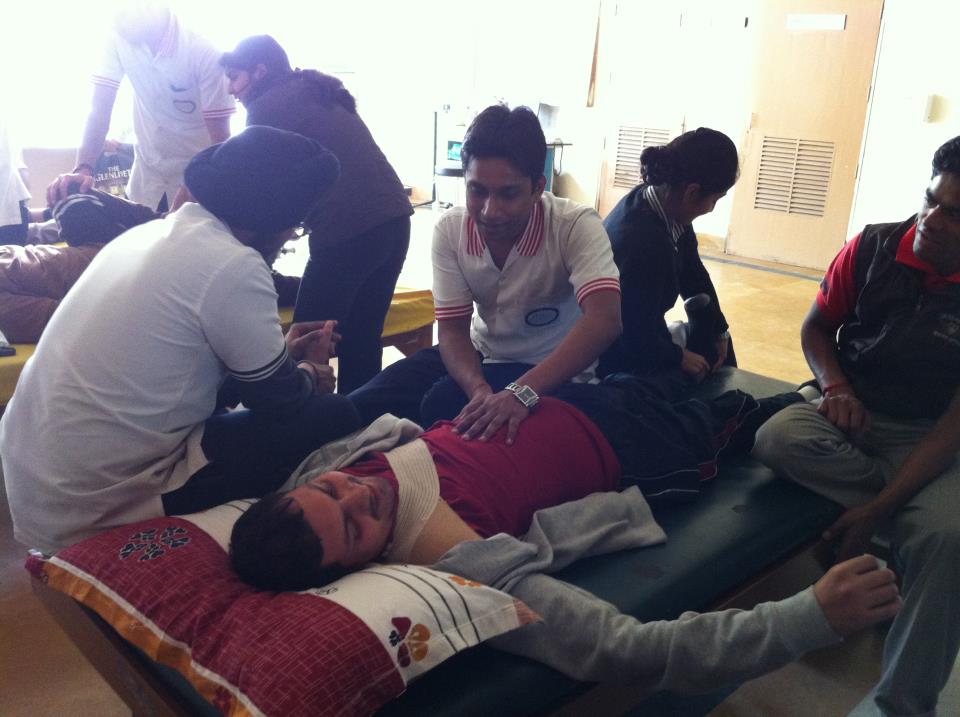 He was immediately rushed to a hospital, but by then his body had become paralysed below the neck as he was unable to move his arms or legs. “I thought I would drown and no one would notice it. Luckily, Nishi saw me and asked my uncle who was in the pool with us to turn me over thereby allowing me to breathe. He pulled me out of the pool and rushed me to a nearby hospital. All this while, I couldn’t feel my body but my eyes were wide open, and I could see and hear what was happening around me,” he recalls. With an unfortunate twist of fate, Shishir was rendered quadriplegic; with no sensation below his neck. His entire life had changed in that one instant. Two weeks after being operated upon, a titanium plate was placed on his neck. He was flown to Delhi in an air ambulance to begin his rehabilitation program.

For the next eight months, he had to spend eight hours a day at a rehabilitation centre undergoing physiotherapy, occupational therapy and counselling. Eventually, he had to learn everything from scratch again! Currently, Shishir works for a Hong Kong-based shipping company as a Nautical Consultant. The thing that bothered him most after the incident was that he had to be dependent on others for all of his daily requirements. From brushing teeth to eating to everything else, he needed assistance. Fortunately, we met a number of peer mentors who showed us that they were not just living a normal life but enjoying it to the fullest even after a spinal cord injury. After the incident, I remember being numb for a long while. I was in a state of shock, and the only thought that kept running in my head was getting the best help for my husband. I had made peace with the fact that he would be in a wheelchair, but I wanted to provide the best assistance for his mental health so that we could strongly face whatever fate had in store for us.

Adversity Breeds Opportunity: How I Became An Entrepreneur 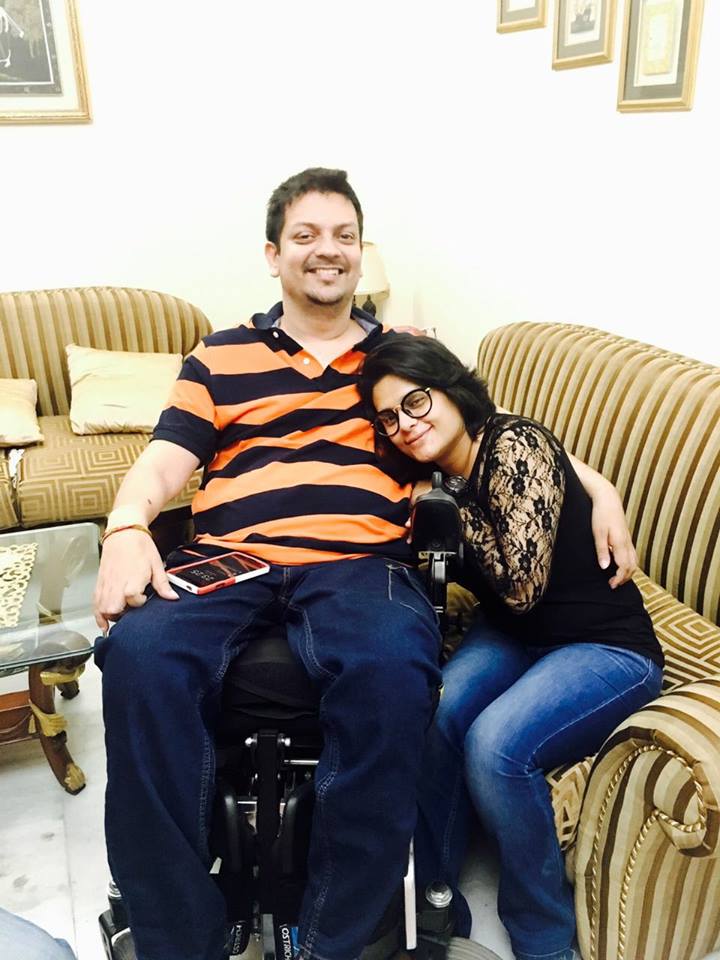 I was an interior designer, (which demanded travelling and being out of the house for long periods of time) and I quit my profession to get things back on track. Luckily for me, I was introduced to chocolate making by a neighbour. Once I tried my hand at it and got the hang of things, I found it pretty interesting as I could do it from the confines of my home. I thought of taking it up professionally and managed to bag a few orders during Diwali and ended up delivering them in record time at clients’ utmost satisfaction.

I was delighted, to say the least, and started taking more orders and started to bake as well. This led to the birth of “Chocolate Therapy by Nishi”. It gave me peace and calmness in my otherwise chaotic life. Baking helped resurrect a life staring at an abyss. I feel there’s no better therapy than chocolate and hence, the name Chocolate Therapy by Nishi. I feel living with a partner with a disability is not worrisome at all. Nobody said it’s going to be easy, but it isn’t that difficult either. You just need to pick up the pieces and put them back together.

Every person is special and has the ability to do something if the situation calls for it. I also lose my calm once in a while, as one can’t be strong all the time. I am thankful for what we have instead of complaining about what we’ve have lost. Our story is not just an example where an incident changed the rhythm of our lives. It is to show others that they can manage to thrive and live happily too; proving that disability is not debilitating in the face of love.