By Arun Chandra in Media, News

No one is spared when it comes to online abuse, especially when you are a famous woman with a strong public opinion on issues. Journalist Sagarika Ghose was attacked in the past, with many even making rape threats against her daughter.

The latest victim is Congress Spokesperson Priyanka Chaturvedi who filed a complaint with Mumbai police after the Twitter handle @Girishk1605 issued rape threats against her 10-year-old daughter. The account has been deleted as of now. Imagine what a mother has to go through when people openly issue rape threats to her daughter just for having a different political ideology. 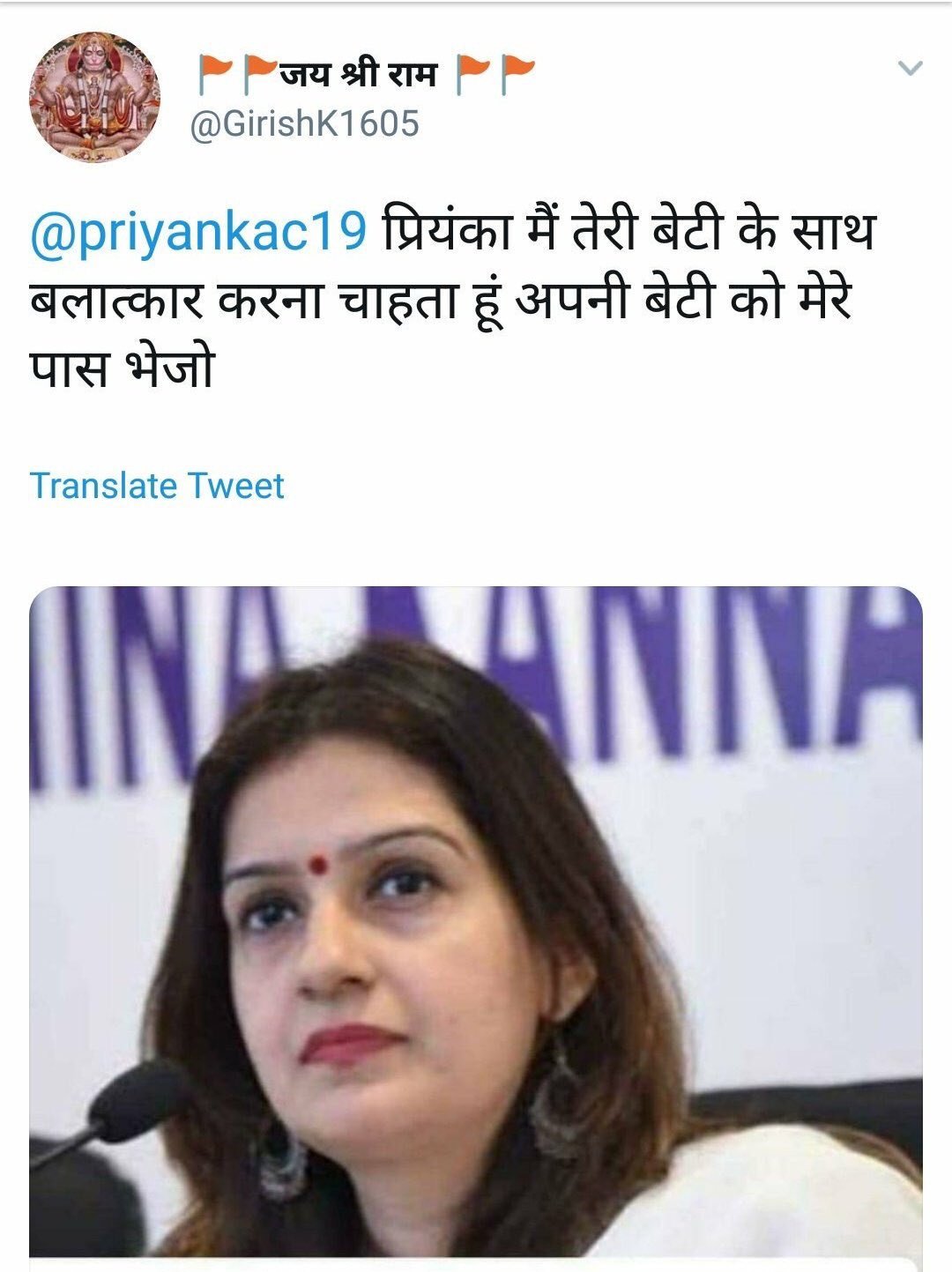 The incident comes at a time when even senior Union Minister Sushma Swaraj has become a target of hate messages. BJP leaders have distanced themselves from the issues, no senior leaders have tweeted or have spoken against the issue.

This is not the first time that Chaturvedi received rape threats. In 2006, she was threatened with direct rape threats, again, for aligning with a different political ideology. 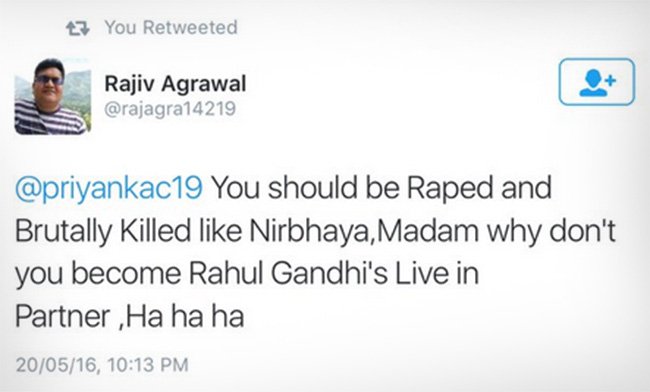 Circulating fake quotes about public personalities is a common method of inciting hatred towards the person, especially if it’s a woman. This kind of behaviour needs to be rejected in the online world as much as it is in the real world.

Priyanka filed an FIR against the Tweet. Though Mumbai Police took notice, they are yet to take action.

Yes I plan to file an FIR. Also for kind attention of @MumbaiPolice , this fake quote with my pic is being shared on varioua FB pages with call for violence directed at me, I would request you to treat this as urgent. https://t.co/112Ctsa3Z4

The incident sparked outrage on social media, with political leaders and other celebrities coming out in support of Chaturvedi. There can be a difference in political ideology, but this new strategy of circulating fake news has brought a new low in cyber warfare among political opponents.