Sunny Deol, who is the king of the Bollywood is going to appear in another movie “Yamla Pagla Deewana Phir Se”. He is a famous Bollywood Celebrity. He is mainly popular because of his top hit dialogues “Tareekh Pe Tareekh… Tareekh Pe Tareekh… Tareekh Pe Tareekh”, “Yeh 2.5 kilo ka hath… Jab Kisi par Padta Hai Na… toh aadmi uth ta nahi uth jata hai” and many more. Most of the movies of this star are super hit. There is a huge fan following of this great personality of Bollywood. His fans eagerly wait for his new movie release. So fans, now you don’t need to wait anymore for his new movie because his “Yamla Pagla Deewana Phir Se” Movie is going to release soon in theaters. We hope like other top hit movies of Sunny Deol, this movie will also be the blockbuster movie of the year. 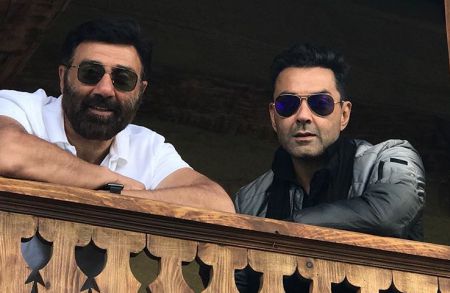 The movie is directed by Navaniat Singh who has directed many Punjabi movies like ‘Jindua’, ‘Romeo Ranjha’, ‘Tera Mera Ki Rishta’, and many more.