The Era Of Fake News: How Social Media Is Proving Fatal For Our Democracy

By Sagar Malik in Latest

Humans aren’t allergic to technological (and subsequent social and cultural) advancements. In fact, this is what we, as a race, have constantly been looking for, and we’ll probably never stop in this quest of ours. With time, there comes a need for improvement. For example, we try to fulfill our desires by coming up with new ways of connecting, communicating, and, ultimately, living.

Social media, as we know it today, too was born out of these desires and needs. It brought to us faster connectivity, cheaper communication, and worldwide access, all at our very fingertips. We are thrilled with it. We’ve become so accustomed to our virtual presence, that we now consider it a normal part of our lives.

For many people, their Facebook and Twitter handles are where they must go to, if they want to know who they are. Their social media accounts begin to define them, and they don’t shying away from telling this to others.

And why not? After all, social media works as one large invisible room to 4 billion people on the planet, where everyone can be accommodated. It guarantees us all a great opportunity to speak our minds, with (we hope) zero censorship. It gives minorities a chance to stand up for their rights and beliefs, and for the rest of the world to get to know them.

But all of this is through rose-tinted glasses. It must not fool us into believing that the mankind has reached its point of salvation, and nothing more can go wrong. As a matter of fact, we should be more cautious than ever. The reasons are quite clear and in front of us all, but sadly enough. Not many people seem to be interested. They are all busy scrolling down their endless social-media feeds, cluttered with memes and trolls. 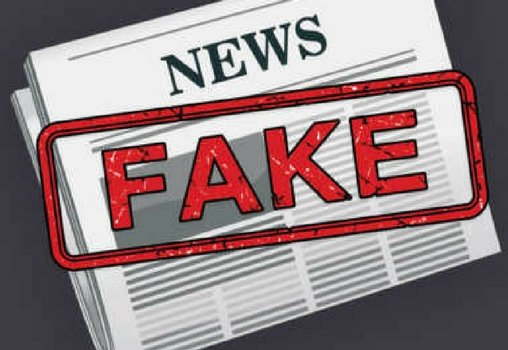 Fake news—a concept that though has been around for a long time—is at its peak today. All thanks to our beloved social media, which gives us a way to get our messages across, get things done, from the comfort of our bedrooms. Even if those things mean getting innocent people lynched in broad daylight, because someone, out of boredom maybe (well, who can tell?), had to post a “public-awareness” message about “child kidnapping gangs”. Who these gangs are, what their track record is, what they want, nobody can tell, because, well, they just happen to be noble works of fiction. Slow claps for this sudden rise in the artistic acumen of the people of our country! But let me tell you, I’d on any given day prefer you being bored of your news feed than taking innocent lives, spurring on judicial killing.

In Dhule district of Maharashtra, five men, mistaken for being “child lifters”, were thrashed to death by a mob at a bustling local market in the Sakri town on July 1. This was after rumors about child thief gangs had been doing rounds of WhatsApp groups and other social media platforms.

How many more people must lose their lives in similar cases of mob-lynching, owing to hoax messages being spread mindlessly across social media? How long before the police and public finally rise to the occasion? It pains me and makes me want to laugh, both at the same time, when I see how people of this country are reacting. Those who have never even cared enough about the provisions laid out in the Constitution, have started to take these WhatsApp messages so seriously of late.

As a member of the Youth Ki Awaaz community, I write to urge the police and administration of all Indian states to take a deeper look into the matter with immediate effect and serious concern, and adhere to strict punishments against all accused.

To the people of this great nation, I urge you not to believe in thoughtlessly posted rumors and fake news, and also to really think hard about sharing these, if you, somehow, come across such messages.

Innocent people are dying, and the clock is ticking. Action is inevitable.