By Arun Krishnamurthy Efi in Environment

The 2015 flash floods in Chennai were a rude awakening for many. Several reports and inquiries later, there still are several unanswered questions. Was that an unavoidable flooding? Was it man-made? The collective irresponsibility on the part of every citizen in the city led to total chaos is the theory that is widely circulated, where the blame is on everybody from the government to the common man. The flood waters receded, yet the memories float around. Rains bring joy with it the fear of flooding. If it was a collective error that led to the disaster, is a collective remedy possible?

First steps to the collective remedy, in this case, were to identify the large network of water bodies in and around Chennai. A task which seems to be an unending pursuit. Thousands of freshwater ponds, lakes, smaller rivulets and streams make Chennai one of the most water-rich urban centres in the world. Despite the abundant water resources, there are times of distress in this city which are conveniently blamed on the poor planning and execution. Field research findings strongly iterate that Chennai has it in her to be the water capital of the world. If restored and maintained, Chennai’s freshwater body network could be one of the best in the world. Can Chennai ever get there?

The community-based conservation approach rolled out currently in Chennai to bring all like-minded nature and hydro enthusiasts to revive freshwater bodies indicates that the city has taken the first steps towards establishing her hydro-identity. The Greater Chennai Corporation, the governing-administrative body has roped in several non-governmental organisations, civic society groups and neighbourhood communities to take responsibility for the revival and maintenance of freshwater bodies in Chennai city limits. The efforts include cleaning up of the lakes/ponds and scientifically restoring them.

The Environmentalist Foundation of India (EFI) has partnered with the Greater Chennai Corporation (GCC) to work on the eco-restoration of seven water bodies in North Chennai. This includes water bodies in the ecologically sensitive regions of Madhavaram and Ennore. E.F.I has initiated works to scientifically restore: 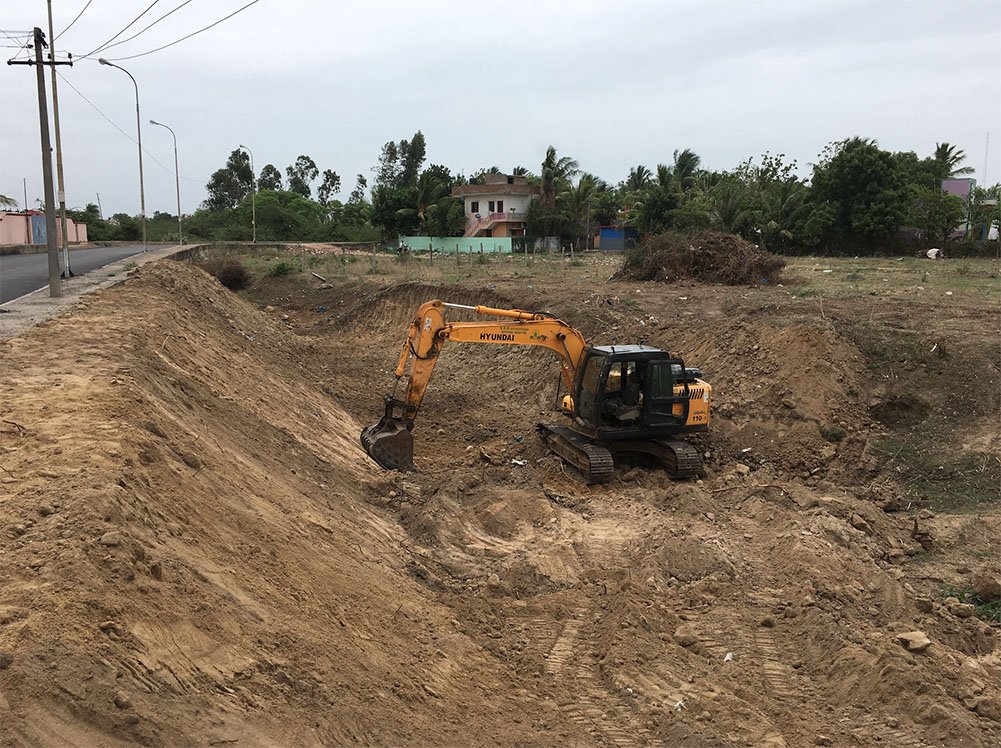 2. The Vinayagapuram Pond in the downstream regions of the Puzhal reservoir 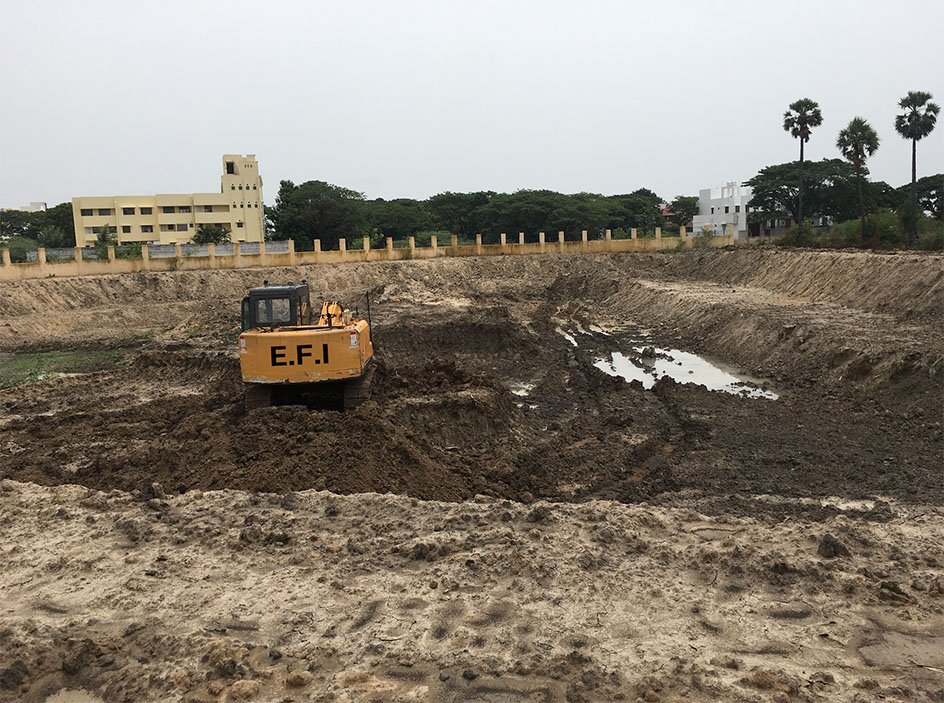 3. The Kullappan Nagar Pond in the densely populated Madhavaram neighbourhood

4. The Ramachandra Nagar Pond in the lower regions of Madhavaram town

Efforts in restoration include a detailed soil/silt analysis, aquifer analysis followed by removal of invasive weeds, trash and construction debris from the water bodies. This is followed by calculation-based deepening and bunds strengthening of the water body. Each water body is restored based on its hydro-geomorphology and socio-economic impact of the current day. The inlet-outlet regulation is a critical part of the restoration, which helps maintain the inflow and outflow. The native species plantation and documentation of endemic lives in this habitat also help device and design an ecological restoration plan. The recharge trenches, percolation pits and constructed wetlands that are introduced in these water bodies help stabilise groundwater and also play a key role in localised temperature regulation.

Restoration efforts are underway in full swing, complimenting these efforts are the ongoing community engagement activities. By effectively involving the local community the project sustainability is ensured. From sensitising the public on the need for the restoration to how it is being done is critical as it creates the much-needed neighbourhood interest in the project. Restoration of the water body is not limited to the structural changes, it includes the extensive sensitisation of the local community. Without their participation and buy in these projects are incomplete.

All these water bodies will be restored in time for the upcoming North East Monsoons and Chennai is finally getting there to establish her Hydro-Identity.