By Arun Chandra in Environment

Kerala has just witnessed the worst flood it has ever seen. The catastrophe, which started on August 8, has killed more than 400 people. Incessant rains, floods and landslides made more than 7.25 lakh people homeless.

The flood relief and rescue activity has brought people together despite their their political, religious, personal differences and help each other along with The Indian Army, Indian Navy, Indian Air Force, Kerala Police, Kerala Rescue and Fire Services, and other state and private rescue missionaries. Never forget the unsung heros: the fishermen community who came forward to rescue people in their boats. 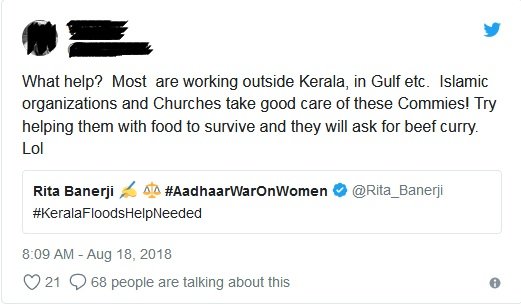 When all these good gestures were being played out, there were a bunch of hate mongers who used social media to spread negative remarks, saying that north Indians should not contribute to the CM’s relief fund or help in the rescue operation because Kerala was the land of ‘beef eaters’ and they deserve it.

An author from the right-wing camp also joined in the tweeting row, “Please donate to help Kerala Hindus. Christians & Muslims worldwide are raising lots of money to help mainly their own people & agencies.” 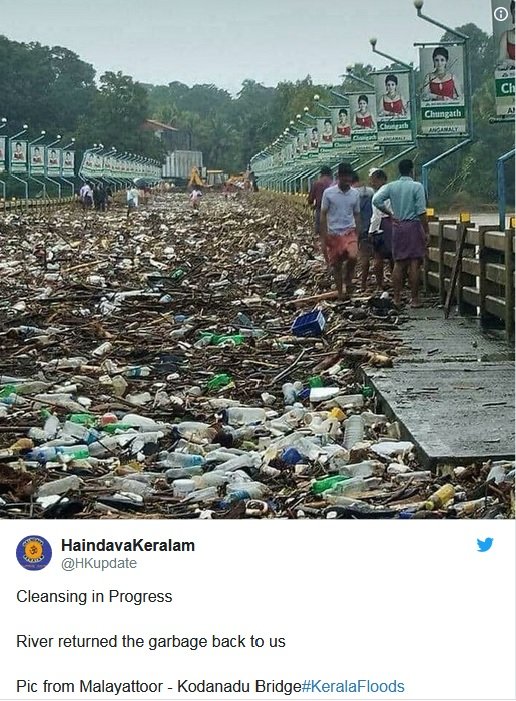 In another instance, there was an audio clip in which an imposter in army combat uniform had been spreading misinformation about the rescue and relief efforts. The best part was that the official page of ADGP Army disputed the claim and asked people to forward any such fake messages to their official WhatsApp number.

There was an instance where a voice clip by Suresh Kochatil saying that most of the people affected in Kerala are from the rich and upper middle-class backgrounds, and so no one should provide any help.

It’s obvious that during a disaster, misinformation and fake forwarded messages gets circulated, this time it has gone beyond that. It has turned out to be an organised campaign to malign and target a particular community. This shows that bigotry is a norm which has gone beyond a particular religion and caste. This shows that the wave of hate that is slowly soaking the country’s fabric may take forever to dry off. 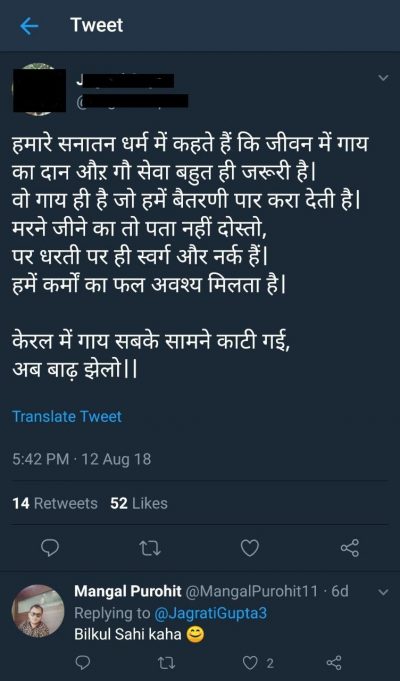 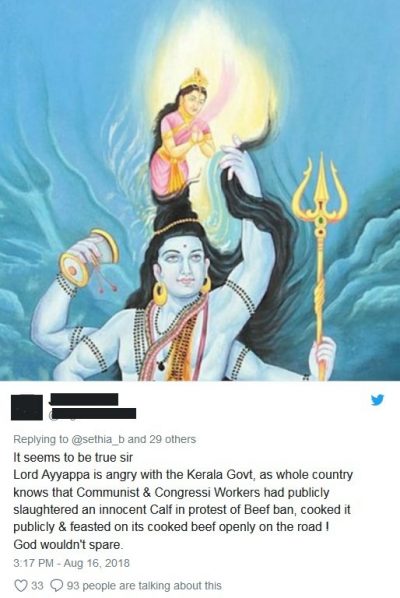 Let’s join together to help fellow Indians during the time of crisis rather than giving space to spread hatred to fulfill and put forth one’s own political agenda.

If you don’t want to help, please don’t but at least stop spreading hatred.

An Increasing Trend, Forest Fragmentation Can Affect The Equilibrium Of The Earth

Did You Know, Just A Year’s Worth Of Sanitary Pads Does This To The Environment?

The Impact Of Tourism In India And The Changes Needed