Professor Called Out By Students For Insensitive Remarks On The #KeralaFloods

With the floods wreaking havoc in the state of Kerala, a professor at a reputed educational institution expressed her opinion on her Facebook profile like many others.

But what differed was her impractical perspective towards the issue. Her FB post on August 18 read ‘Why is Mother Nature so ferocious and angry? Any connection with RSS workers’ murders? (sic)’ 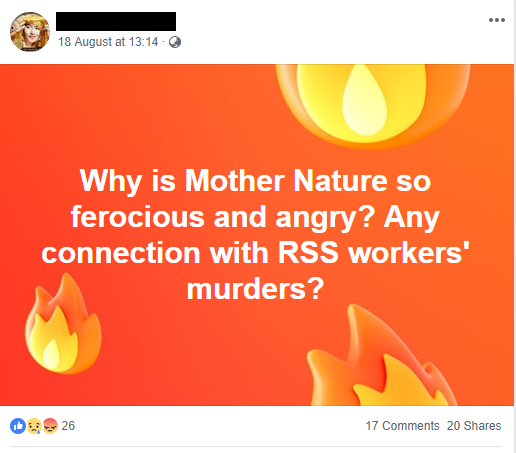 This inflammatory remark was more than enough to spark a furore on social media. Within minutes, she was slammed as being insensitive and unsympathetic by many. It’s also interesting to note that a majority of those who criticised were her past students. According to their comments, it seems that this is not the first time she’s doing so. Because most of them accused her of moral policing and spreading right-wing propaganda while teaching at the classroom. 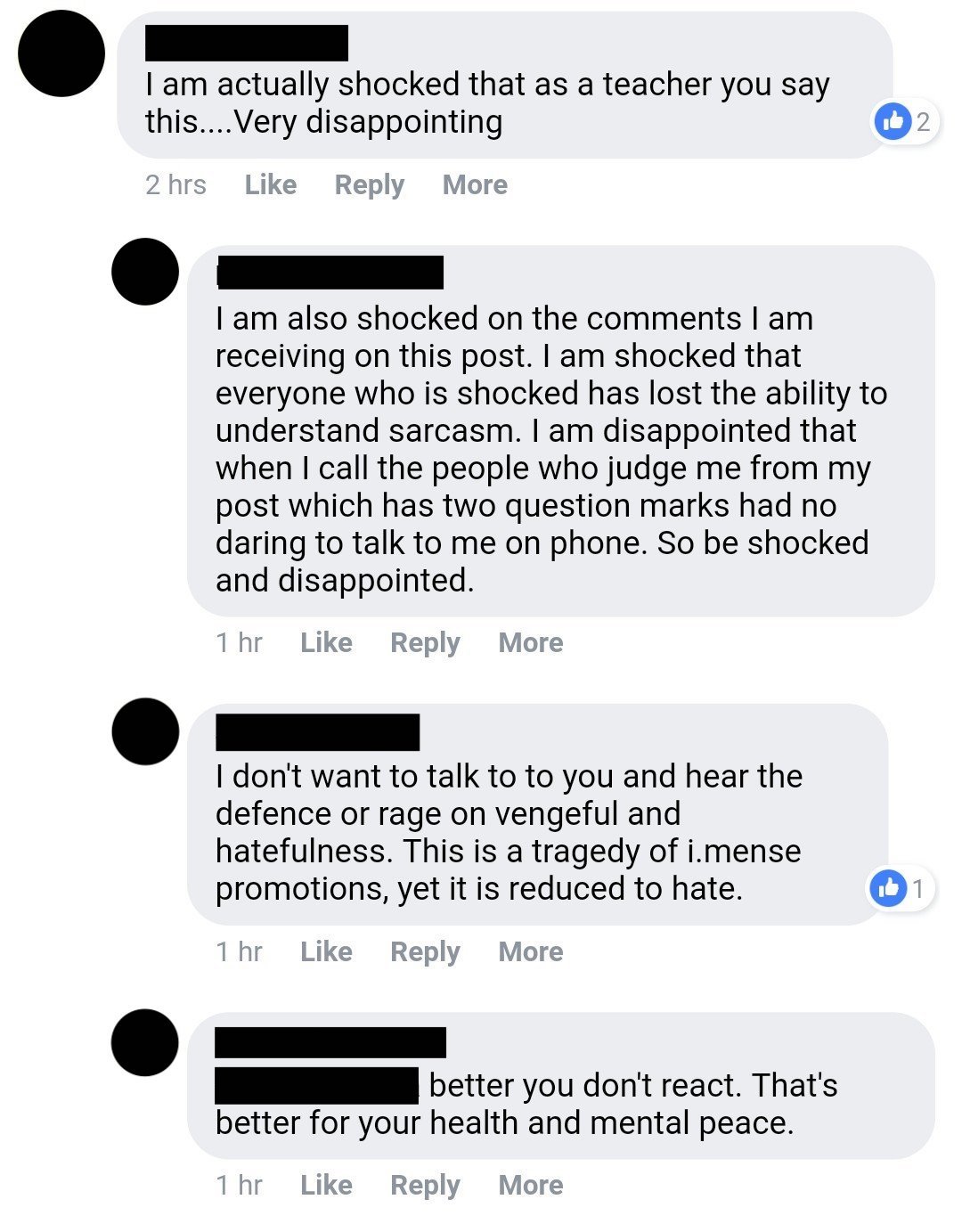 However, she cloaked her remark under the guise of sarcasm through another post on the following day. 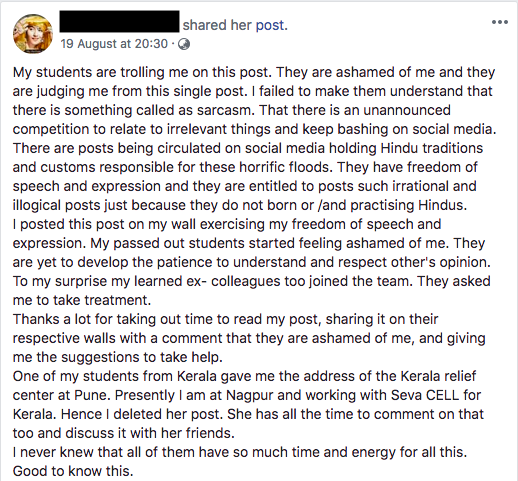 With Teacher’s Day approaching soon, we must realise that it is necessary to stress the importance of moralistic education among the younger generation. Dr. APJ Abdul Kalam once said, “Teaching is a very noble profession that shapes the character, calibre, and future of an individual.” The sad fact is that even the converse is possible if the baton is passed into the wrong hands.

Recently, a Kerala man was fired from his company for passing an insensitive comment on the same issue.

At times when love and support are needed at large, is it necessary to spread hate like this?

Do Degrees Awarded By Indian Colleges Hold Any Real Value?