The Glass Closet: The Everyday Lives Of Queer Students On Campus

By ditilekha sharma in Cake

“The Glass Closet–clear, painted, transparent, translucent, opaque even, sometimes offering a mirror of distortions, sometimes one of clarity, refracting, or creating chiaroscuros of rainbows or endless shades of grey – is an attempt to bring together some everyday stories of queer experiences on campuses in India.”

When the phrase “Glass Closet” was used by one of the participants in our writing workshops, it resonated with all of us living queer lives of being seen and unseen; of fitting in and not fitting in; of being out and inside the closet at the same time. From the phrase seemed to emerge a series of writings trying to capture what it means for a queer body to inhabit the campus space.

The Glass Closet blog has emerged as a part of a research project titled, “An exploratory study of discriminations based on non-normative genders and sexualities”, which is located in The Advanced Centre for Women’s Studies, TISS, Mumbai. While we want to document discrimination faced by individuals on the basis of non-normative gender or sexuality, we also want to understand the meanings of discriminations and non-normativities as reflected in our everyday. The attempt was to understand and document discriminatory practices across five areas, namely health, education, housing, public accommodation and political formations; each of which includes multiple sites of investigation that we seek to access using a set of methods and across a set of axes. The blog was one of the outputs of the Education Team (Chayanika Shah and Ditilekha Sharma), which looked more specifically at higher education where our focus was to understand the enabling factors and negotiations that take place while entering these spaces and surviving within them.

We had initially tried asking people who were currently in campuses to record their daily experiences in the form of a journal but we realised that people found it difficult to write. In order to facilitate the process of writing, we organised two writing workshops, one in Kolkata and another in Bombay, during June and July 2017, with 14 students who are currently on campuses across Bombay, Bangalore, Kolkata, Bhubaneshwar, Banaras, and Guwahati. These interactive workshops were facilitated by Shals Mahajan, and helped create a space where those attending could share some of their experiences and concerns. These discussions and writings from the workshops enabled us to form a loose collective with several students, placed in different university campuses across the country, to share their writings and give and receive feedback from each other and the facilitator. This blog is the collective effort of that group. The title of the blog, too, came out from this process. In the very first workshop, one person referred to their experience of being on campus as living in a glass closet and the ensuing discussion led to a writing exercise and you will find some of those here. Later, while deciding on the name of the blog, it came out as a front-runner in extensive discussions and a poll with “Campus Interloper” and “Campus Alien” not too far behind.

I came to be associated with the Discrimination Project as a Research Assistant on the Education team but since I was also a student in the Higher Education campus, I was pushed to take part in the writing workshop. Being a hesitant writer, I refused to write during most of the workshop and instead sat doodling. Never did I realise that the mindless doodling in the workshop would actually give rise to a whole comic series on the experience of being queer on the campus. 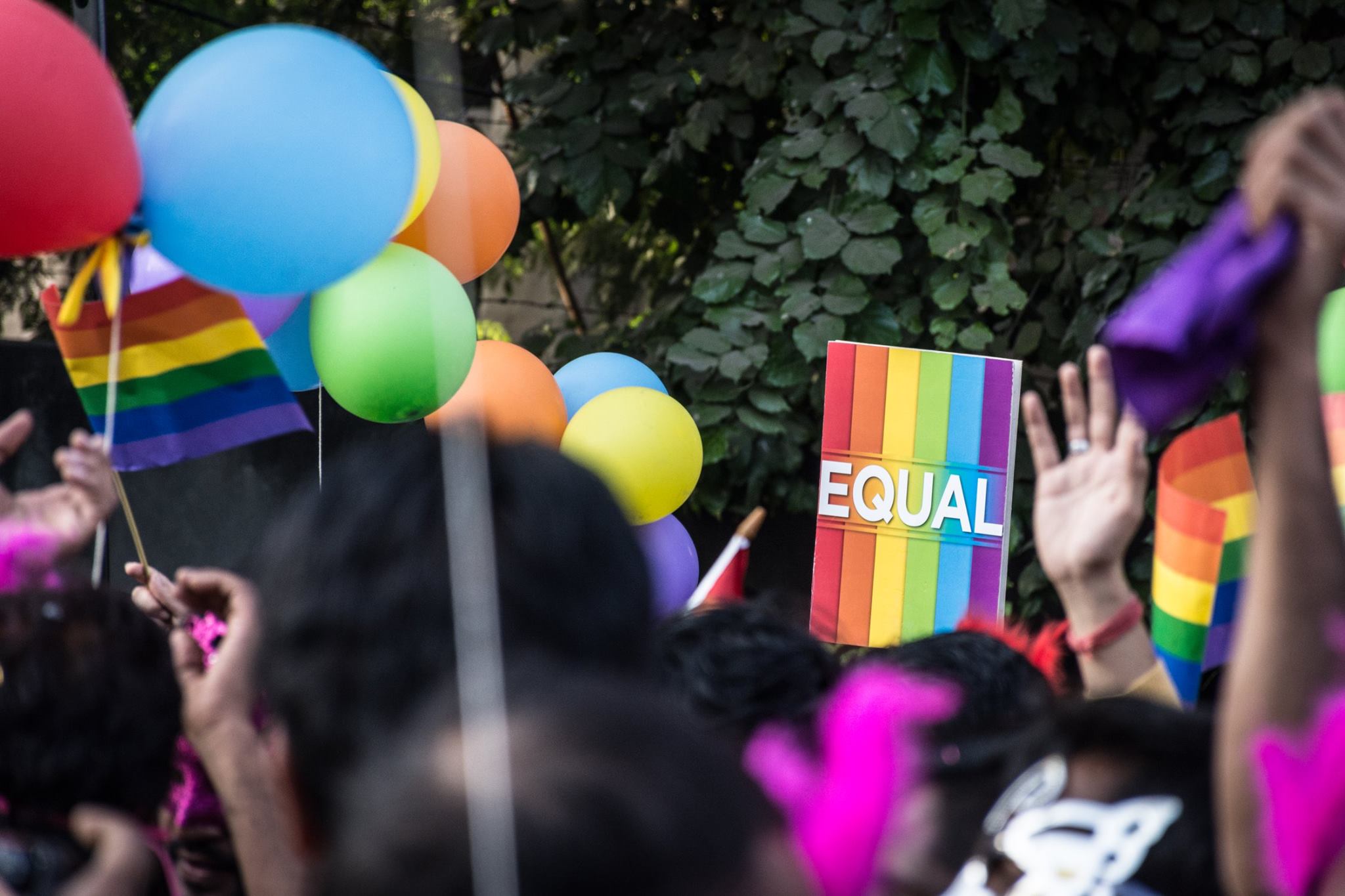 The writing workshop and the exercise of writing for the blog thereafter have impacted a lot of the participants. As one of our participants writes, “Writing for The Glass Closet has been an enriching experience involving lots of introspection and self-reflection. As someone who does not express much through spoken words, writing about my experiences as a queer student was quite cathartic. When I began writing for the blog I had just graduated after completing my masters, and so whatever I wrote was limited to memory. Yet the blog gave me space and platform to make sense of the experiences I had had, the confusions and the eventual clarity that came along. The entire process led to certain discoveries and rediscoveries but most important of all it gave me the confidence to express through written words.”

The process of writing for the blog was a reflective journey, “It is at this workshop wherein I began writing about my experiences as a gender non conforming queer individual for the Glass Closet. I did not think there would be much to write but the time to come proved me wrong. I learned that discrimination happens in the most subtle of ways, epistemic violence happens often in the guise of social justice and begin to understand the nuances of ‘queer’. Writing about these experiences, helped shape my own opinions regarding my lived experiences and how it is these lived experiences that often teach more than what is taught in classrooms. It has indeed been a journey where I have been growing tremendously.”

“Writing down daily not only have a therapeutic effect on me, it also allowed me to understand clearly my own relationship to my friends, the subtle ways in which I was suppressing myself and the many instances of homophobia and transphobia that we had simply become conditioned to ignore. By documenting everything I heard and saw which affected me in any way, not only was I documenting them, I was also trying to negotiate ways to challenge them. The most prominent result of writing for the Glass Closet has been the way it helped me document my relationship with my professor who was teased for being effeminate. Not only did writing regularly help me make sense of my anger, but it also exposed my own biases which we had not thought about before. The way my professor was being teased even by my friends who had supposedly accepted my sexuality was an eye opener.”