AB De Villiers Retired On A High Note, He Will Be Missed In World Cup 2019

By Peerzada Sheikh Muzamil in Sports 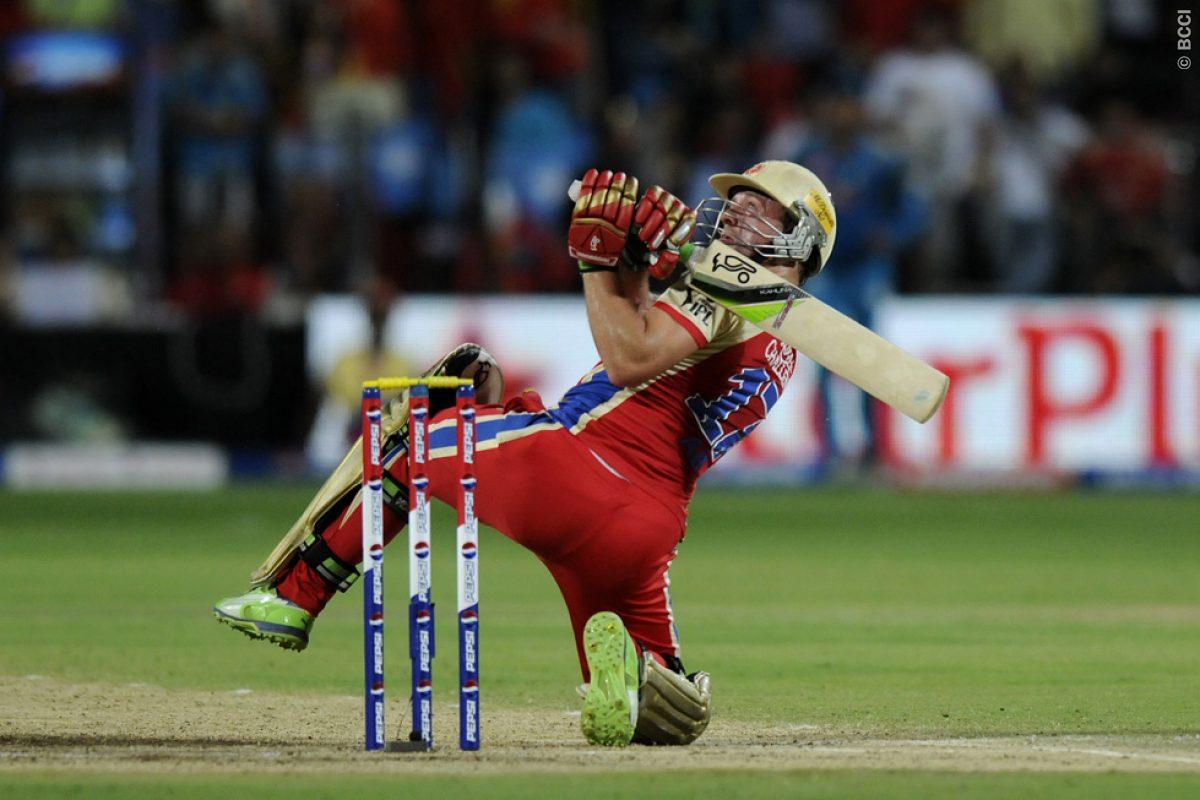 The vociferous commotion has stirred up the crowd. Hashim Amla, bowled out by a ripper from Varun Aaron, walks off and Proteas are now three down for forty five.  Although disheartened to see Amla leave the crease, the spectators, surprisingly, are exhibiting their excitement up to the brim. Playing his 100th test match, as AB De Villiers walks towards the pitch with deference and a graceful smile, the entire stadium reverberates with the chants ‘’ABD, ABD… ABD, ABD”

But there is a subtle twist, a pinch of magic dust over the wand:  it is not the South African crowd which is animated, but the very crowd of Bengaluru, flaunting its love for the player. And you know when the crowd is titillated for an away batsman, he is a legend. It was the second test of South African tour to India, in 2015. Prior in the ODI series, DE Villiers had ravenously bashed the Indian Bowling attack with scintillating batting and had scored three centuries(104* at Kanpur, 112 at Chennai and 119 at Wankhade). In the subcontinent, it seldom happens in the history of the sport that an overseas player, who is damaging your home team glibly, is worshiped with such an exuberant intensity. As the chants echo in unison, Virat Kohli walks up to him and shakes hands. Every single run from his bat fills the crowd with energy and when sooner AB scores his 38th test half century, the chants grow louder.

AB DE Villiers, despite being a batsman who has scored 20014 runs across all the formats of the international cricket, has been a stunning fielder and a record breaking wicket-keeper. He has also, on certain occasions, tried his magical hands on bowl and handled it very efficaciously. Although being a polymath of his sport, his expertise lies in his artistic batting skills and his ultra-mundane ability to play an array of uncanny shots which any other batsman can only dream of.

“Guys like AB have tremendous ability to play all kinds of shots which I don’t [have]… I’m not skilled enough to play those flamboyant shots, it tells you of his stature…’’ says Indian Captain Virat Kohli about his RCB playmate De Villiers.  “To reverse sweep a fast bowler [like Dale Steyn] for six? Well, that’s insane, that’s bizarre,” adds Kohli. The exquisite ability to hit the cricket ball in every direction, a tenacious job for which you need to have the eyes of a falcon, has earned him the name Mr. 360.

Throughout his career, which protracts over about 15 years, AB De Villiers has been glibly scoring runs, setting some unattainable world records and achieving marvelous feats. Not only did he hone the capability of playing fiery innings and scoring the fastest ODI hundred, but also had the phlegmatic outlook towards the game when demanded. Who will forget his slouching Adelaide Innings? The knock of 33 at Adelaide Oval in 2012 against  Australia— is as important as his centuries and double centuries— which came of two hundred and twenty balls was crucially needed because it was the scenario where the importance of spending time on the wicket overpowered the importance of scoring runs. They were 4 down for 45, chasing 430, and almost one and a half day was remaining (not to forget the equally intense batting of his partner on the other end, Faf Du Plessis, who faced 376 Australian rippers and scored just 110).

All pumped up with fitness and form, when AB De Villiers was much awaited batsman to be seen in action in upcoming ICC World Cup 2019 on English soil, he released a video on his twitter wherein he announced his retirement with an immediate effect. “I have decided to retire from all International Cricket with immediate effect,” de Villiers said on Wednesday (23 May).   “After 114 Test matches, 228 ODIs and 78 T20 Internationals, it is time for others to take over. I have had my turn, and to be honest, I am tired,” he added.

The obituary video took the cricketing cosmos in an appalling surprise and the entire social media was deluged with emotions. World cup on its way and retiring abruptly from the game and that too when you’re still playing your decent cricket. When your batting average in World Cup matches (63.52) is conspicuously greater than the average in ODI’s (53.50), it rather feels like a healthy person asking for euthanasia.

“They say that genius is often misunderstood, and De Villiers has provided plenty of confusion over the last two years. Will he, won’t he? As it turns out, AB de Villiers won’t be there next year. There is terrific sadness in that, but there is finality there, too.” writes South African Sport Writer, Lungani Zama for IOL.

““I don’t think the World Cup will define my career. Individually, I have had a fantastic career. I have enjoyed every second of it. I would love to win the World Cup with the team, but like I said, it will not define me,” said the South African batsman.

Though given his fitness and prevailing form, most of the followers and fans have taken his ‘premature retirement’ as a betrayal from their hero. But there is always more than that meets the eye. Not always is the ‘diminishing interest’, but the professional fatigue resulting from the respective sport too, that triggers the player to disembark from his ever-blooming career. It clearly is not a facile job to play a professional sport on international level for 14 years with such a keen excellence. It demands a lot. The mundane lives we live and often take for granted are yearned to be enlivened by professional sportspersons, especially those who’re prodigiously talented. Wandering around airports and hotel rooms and the play-fields, they hardly get enough time to spend with their friends and families. “…it’s about running out of gas and feeling that it is the right time to move on. Everything comes to an end,” says the 34-year-old cricketer AB DE Villiers in the video he posted on his twitter.

Since making his debut in international cricket in late 2004 in a test match against England, Abraham Benjamin De Villiers kept scoring runs voraciously and never looked back. Though he has always been on the top of his opposition, but the 100th test match he played at Bengaluru was the divine spectacle in the history of cricket – the legendary feat which only few sportsmen can achieve. Announcing an end to such an outstanding career on a high note is a decision to be respected, and rather than lamenting, what ought to be done is giving him a dignified exit. Had his career been a movie, it would have been a perfect fade to black. A happy ending.

[Writer is currently the Editor at Captured Illusions]