Film Review: ‘Court’ Is A Thought-Provoking, Multilayered Examination Of The Indian Justice System

By Aman Borkar in Culture-Vulture

In 2015 , an Indian film achieved remarkable appreciation and acclaim. It won the National Award in India. and also received an entry in best foreign language category for the Oscars.

But what was so special about this film?

The film was “Court”, a courtroom drama about a social activist and folk singer who is arrested for encouraging a sewerage worker to commit suicide through his songs. Written and directed by first-time director Chaitanya Tamhane , the film throws light on flaws in the judicial system of India; issues such as social inequity, freedom of expression and the problems of the working class, especially sewerage workers and the type of suffering they encounter. 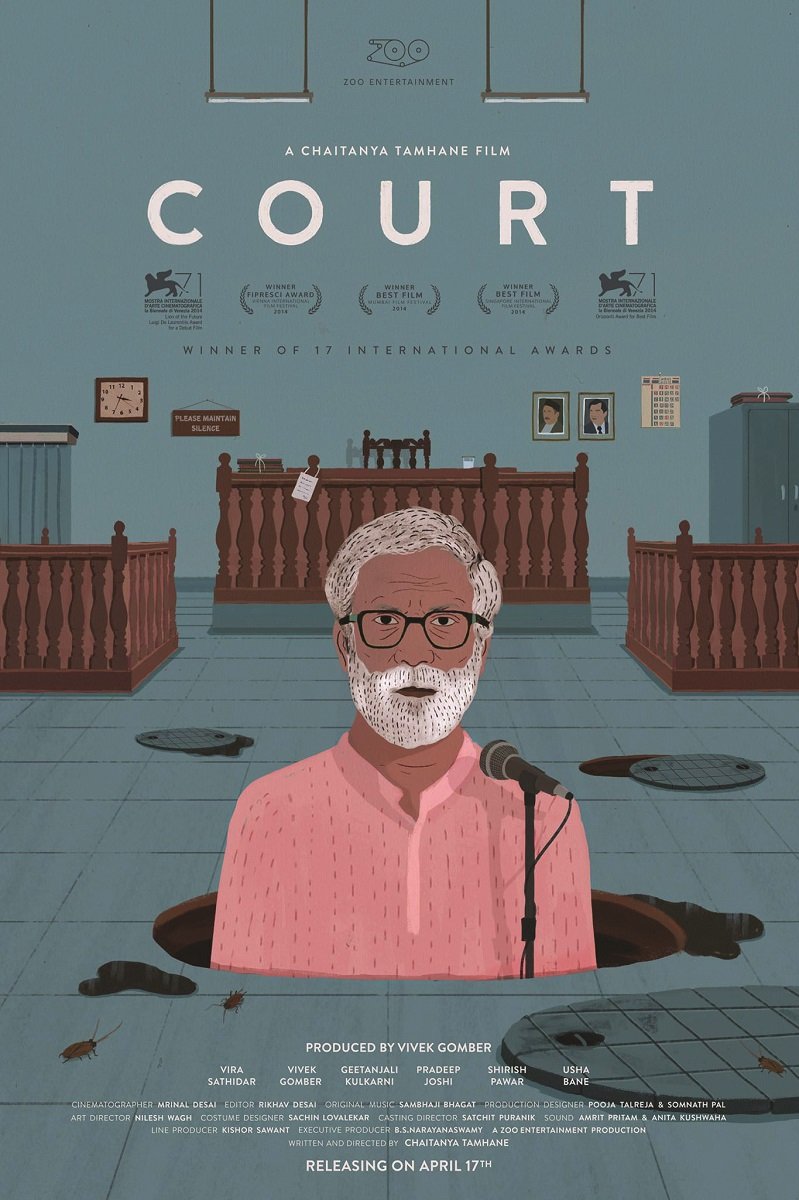 Apart from subtly portraying the examination of the judicial system, the film also takes us into the personal lives of the main characters. The story revolves around the accused folk singer, the prosecuter, the defence attorney, and the main judge of the court. Through these four lead characters, the director wants to make us understand the difference between their ideologies, their perspective towards life, their way of living, and their personal values. It is a kind of film that doesn’t tell or provide an actual concept about each scene, but it puts questions before us and makes us think and analyse each scene.

To give the audience a perfect sense of realism, Tamhane has used a very unique cinematic style. With the use of camera, locations, sets, and, most importantly, non-professional actors, the director has done an excellent job and managed to provide the audience a very disturbing reality of the judicial process.

As far as the cinematography of the film is concerned, there are very few cuts in film, and long running scenes and wide shots are more. The director has deliberately done so to immerse the audience in the situations, pain, frustration, and the illogicality that happens.

The music is another very important aspect of this film, as it helps to grasp the base and essence of the film as well as the significance of freedom of expression. The songs and music sung and composed by Sambhaji Bhagat is a form of powada and lokshahiri, Marathi poetry genres.

Overall, “Court” is a must-watch film if one wants to understand how the work of judicial system in multicultural country like India happens, and what kind of problems the judicial system is facing today.