For Queer Indians, The 377 Judgement Was Only A Start, And More Battles Lie Ahead

By Queer Desi in Cake

September 6 wasn’t a special date to me until this year; the Supreme Court’s verdict on Section 377 of the Indian Penal Code came out on that day, possibly making that Thursday the most eventful Thursday of my life. The rainbow people ran out into the crowded streets of our cities and waved their flags, held their lover’s hands in public, and made the most of the decriminalisation. I know people who cut cakes with rainbow sprinkles on them, drew flags on their wrists, partied into the night, or went out for a movie and special dinner.

I didn’t do much at all. I hugged a couple people and went home. I took a moment to feel relief—after all, this was one of the most monumental milestones for the LGBTQ+ community in India. The fact that it was a unanimous verdict blew my mind. In the moments after I first heard the verdict, I wanted to cry. Not because of what Section 377 criminalised (could any law really control the sex lives of the people?), but of the symbol it was.

To me, 377 meant that one of the ways I could potentially express my love to a partner, same-sex or otherwise, was wrong. It was dirty. It was just as bad as bestiality. The sanctity of sharing my body with someone else was something that belonged in the gutters. It meant that I should be ashamed of something I couldn’t control—my identity.

And now that it was gone, well. Clarity dawned, and a friend awoke me from my daze. She came and hugged me, and I felt so very whole, like a full person. I also felt very, very lucky.

We are part of a new generation of queer kids, exposed to things at such a young age through the internet. We forget that this verdict was over twenty years in the making. We never experienced the level of homophobia the adults who protested against this verdict did, and we never will, thanks to their efforts. The generation after ours won’t understand why such a law existed in the first place! 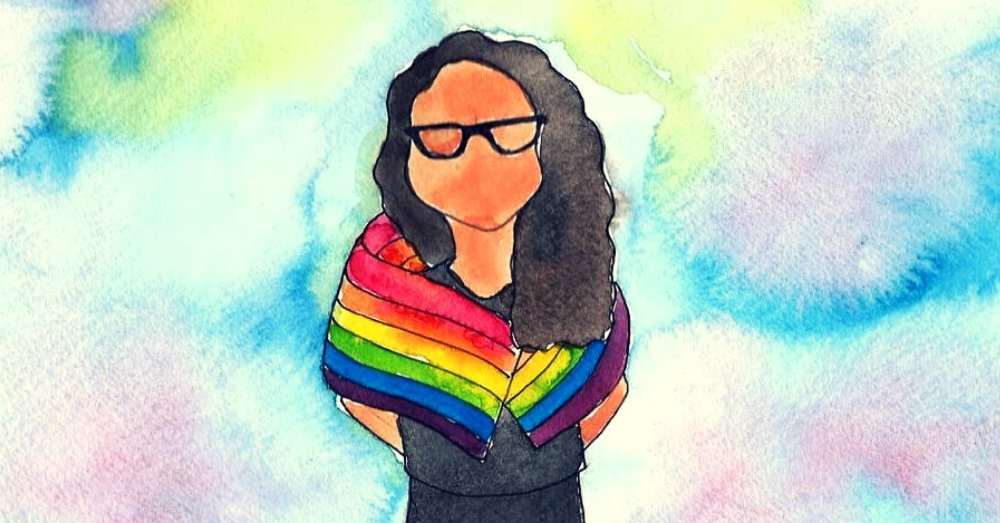 An adult pointed out to me how it seemed as though people, specifically the younger generation, were overreacting. Surely this verdict wouldn’t mean much to them since it didn’t directly affect their lives, even if they identified as part of the LGBTQ+ community. The law, when you bring it down to the base facts, was about sex. ‘Gay marriage’ hadn’t been legalised (now THAT would be a cause for celebration). Conversion therapy is still practiced on thousands from the queer community in India. Intersex persons are not protected from physical integrity and bodily autonomy violations. There are so many things that the current legislature doesn’t even address; was there really a reason to celebrate?

Section 377 didn’t stop people from having sex; the power it had was in the minds of the people. But partially scrapping 377 won’t stop homophobia and discrimination. There is still so much left to do to bring the rights of the LGBTQ+ community to the level it should be.

There is no doubt that this verdict was historic. Now that India’s stance on inclusivity is a little clearer, this verdict will also help persuade other countries with oppressive policies to change. But this isn’t the end of the fight for equal rights; it’s just the beginning. I know that just because 377 is no longer implementable, it doesn’t mean that the enforcement forces and the healthcare sector will stop discriminating against people of the LGBTQ+ community immediately. It doesn’t mean that honor killings and conversion therapy will no longer occur. Homophobia and transphobia are still very much alive in our society, and it will take a monumental and persistent amount of support, protest, education, and activism to stamp it out. I just hope the Indian government will listen to our voices and take responsibility.