By Siddhi Pal in Cake

People across the country held their breath in anticipation for the final verdict to be passed on Section 377, the archaic law, introduced during the British Raj, that placed homosexuality and bestiality in the same light. After going through years of decriminalization, reinstatement, and numerous appeals for reconsideration, there was a collective sigh of relief today, as the Supreme Court of India finally and officially declared that homosexuality is no longer a crime in the country. And this time around, we confidently say that the judgement is here to stay, and we can only look ahead at the hopeful future.

Although the legal battle has been won to some extent, the social recognition of an individual’s right to privacy when it comes to their sexuality continues to remain a challenge. “Legal” does not easily translate into social acceptance. Legality, although of grave importance, has little bearing on the attitudes that play out in the social sphere. 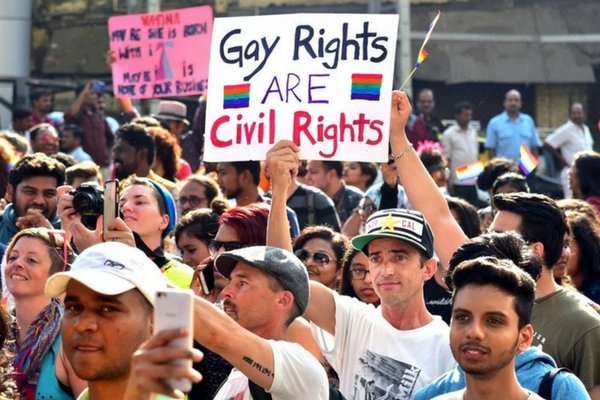 In such a time, the resistance from the LGBTQ+ community and allies must go on. We must not mistake the Supreme Court’s decision as the final destination. It is more of a step, a massive one that merits celebration, in the right direction. The introduction of protection laws that would denounce and criminalize discrimination on the basis of sexuality, including medical care, must be looked into. The judgement must also serve as encouragement to all those engaged in ensuring equality and facilitating the destigmatisation of the homophobia currently prevalent in the country.

Growing up, children inevitably hear talk surrounding sex and sexuality. Especially today, when the decriminalization of Section 377 is all over the news, we must handle the situation well. Rather than putting them in situations that prompt them to look up these things themselves, it is important for us to create spaces that encourage unbiased and fruitful dialogue.

Project Voice+, a student-leg organisation, runs a workshop series, Rubarooh, whih opens up the discussion on raising children who are both aware and sensitive towards people with diverse identities. Such spaces must begin at the home and at school, but should slowly extend beyond these too. The flow of information around diversity must proliferate untouched spaces so as to avoid the spread of misinformation as well as facilitate open dialogue. Section 377 has after all been done away with to make way for the celebration of diversity, empathy and love.