The 377 Verdict Is Still Sinking In, But The Supreme Court Has Our Back!

By Shubhankar Verma in Cake

I woke up at 9AM. I checked my Twitter. And all I saw when I first clicked on the hashtag #Section377 was an unending sequence of tweets filled with hope, optimism, and fear.

As the clock continued to tick, time somehow seemed slower. It was a wait the queer community in India is familiar with all too well—a wait that’s lasted years. And before I could internally articulate the mix of emotions I was feeling while constantly refreshing my Twitter timeline for live updates, the verdict was announced. 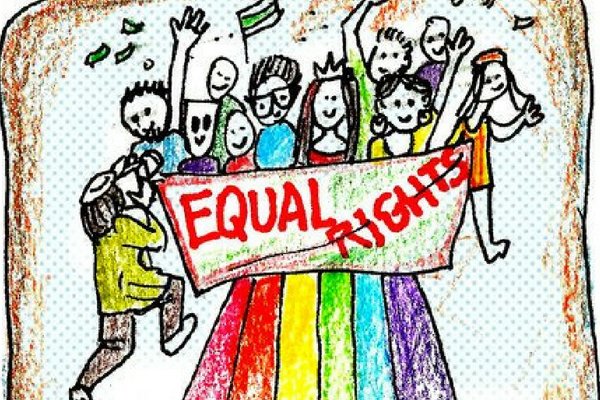 I’d be lying if I said I was optimistic before the verdict was announced. I, like countless queer people in India, have learnt to minimise my expectations, to adjust, to accommodate. So I was fearful. If the verdict had not been in our favor, I wouldn’t have been shocked. But funnily, it’s the favorable outcome that, for me, is going to need getting used to. It’s the fact that I’m no longer regarded as a second-class citizen that’s going to need getting used to. It’s not because I’m not grateful for this progressive judgement, but because existing without the protection of the Constitution was what I had learnt to do. And, now, it’s something I’m going to have to unlearn. The fact that the Constitution now has my back—our backs—is a realisation that hasn’t completely sunk in yet. But it will. I haven’t cried yet, but I know I will.

We still have a long road ahead of us, we all know that. But this is a new beginning, and it’s historic. And until the realisation sinks in and the waterworks commence, I am going to sit here and revel in the celebrations because we are criminals no more.