Ms.Vinatoli Yeptho is a performance poet from Nagaland. In 2016, her poem ‘Five Rules for Whomever it May Concern’ went viral due to its honest take on the convergence of sexual harassment and racism against women from the Northeast of India. She uses protest poetry and spoken word to engage with her audience on issues such as sexual discrimination, racism, body image and identity politics.

She begins her power-packed performance with her famous slam poem titled- ‘Five Rules for Whomever it May Concern’ during the Feminist Adda panel at the summit. She left her hometown in 2013 at the age of 18 to pursue her education. “Staying away from home is more difficult for people with features like me”, she adds. She further tells the audience about how she used slam poetry to express her anger and disappointment towards the treatment meted out to her. 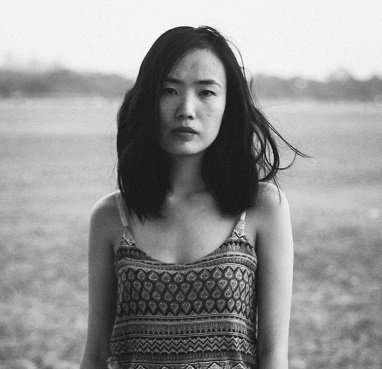 She feels that her poem going viral has given her a chance to hold a talk today and she also added how glad she is to have a conversation around gender and racial discrimination faced by women from the North east. What prompted her to write this poem were a few incidents that occurred during the initial years of her staying out of her hometown.

The first incident happened during a 28 hour train journey where she got molested by a tall man dressed in an army uniform. “It was the first time in my life I was touched by a man without my permission” she said. She shared some more incidents of her being discriminated by the well educated, academicians and not just the people on the “street”. She also added how being a single woman from North East coming out of their homes to for work and education is more difficult in comparison to the men.

She concluded her talk emphasising on the need to represent the real people from North East with an understanding of the political history of every north eastern state. And how it’s more than just being around asking where north east is or by just locating it on the map of India.

“If we don’t start it now, we as a country will be giving birth to another generation of alienated, frustrated, misunderstood youth. The biggest threat to the core idea of what India is or should be that is- unity in diversity with this I end my talk.”