By Durga Lakshmi in YKA Summit 2018

Dr. Shelja Sen believes that we, as a society, have to work on building ecosystems that nurture emotionally safe spaces for children and youth. She is the co-founder of Children First, an institute for child and adolescent mental health. Dr. Sen herself is a child and adolescent psychologist, and family therapist. A TED speaker, she has also authored three critically acclaimed books. In her talk- ‘Is India failing its children?’ on the first day of the summit, she speaks about the importance of sensitising the needs of children  and creating a safe space for their wholesome growth. 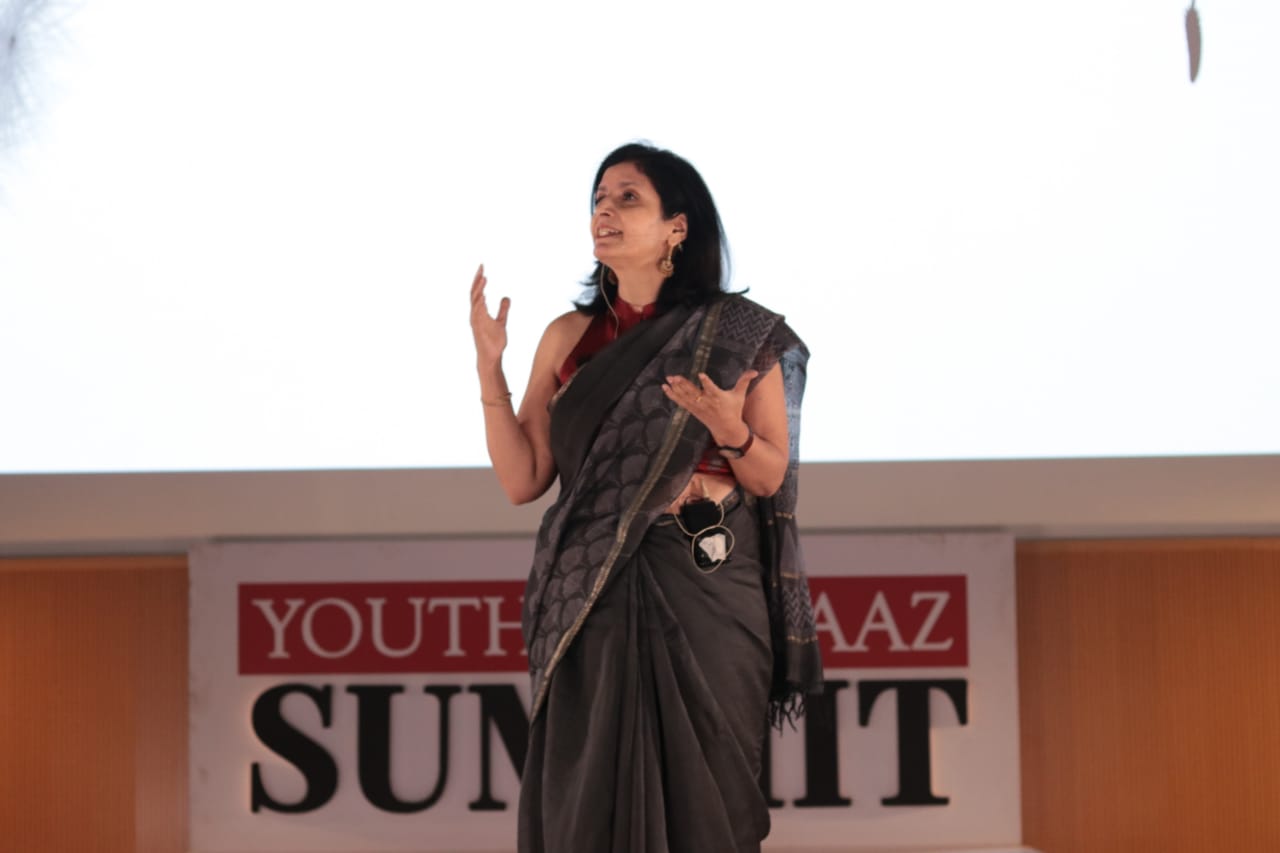 The session starts with her throwing light on stories of children that she has interacted with, who did not fall into the prescribed role of ‘good kids’ following which, they tend to shut themselves in their own spaces and slip into self destructive habits like alcohol, smoking,  addiction to video games etc. Sen talks about how India has forgotten the art of listening and appreciating individuality, she says ” We all want good kids. Kids who excel in academics, art, social life, intellect and looks”. She further highlights the magnitude of stigmatisation of mental health issues like depression by putting out data on how 50% of the population with mental health issues belong under the age category of 25. She cites suicide as the leading cause of death and that one student kills himself/herself every hour in India.

She remarks that the need of the hour today is to firstly detach the stigma, silence and shame surrounding depression and listen to the young generation. She calls for an extra effort of listening to be extended to children who are found at the lower end of Social hierarchy. She says “We have to be the prisms that will catch the light so our children be their own rainbows”

She ends the session by encouraging  Youth Ki Awaaz that restores the faith and  is symbolic of what young people do and can do.