She grew up in disturbed family settings, fought poverty, was forced to drop out of school in 9th standard, and was married off at the tender age of 15. Social activist Ms. Mumtaz Shaikh’s story is that of a true iron lady. Today, the 36-year-old works extensively for human rights and women empowerment. She has launched the successful Right To Pee campaign to make public toilets in Mumbai equally accessible to women. 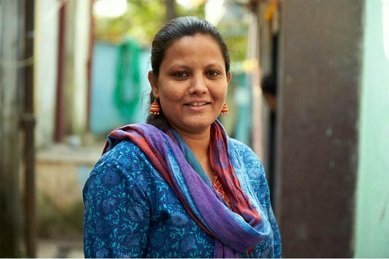 Ms. Shaikh spoke about her successful Right To Pee campaign for the women’s right to clean and safe public toilets in her talk- ‘Toilet Nahin Hai Prem Katha’ on the Feminist Adda panel at the YKA summit. The campaign was initiated in 2011 to bring to focus the issue of lack of free, safe and clean urinals for women, open defecation spots in Mumbai and the importance of building clean accessible community toilets. She also stressed on the importance of the Right to Pee to be taken as seriously as any other basic human right.

The huge disparity in facilities for men and women in Mumbai and the fact that women had to pay ₹2 -₹30 to use public toilets gave birth to this campaign. Through this campaign they not only address the issue of public urinals for women but also of the lack of safety for women and children in slums who use the common toilet facility especially at night. She also spoke about the ridiculously low wages of the people cleaning public toilets which are around 2.5 k – 4.5 k per month.

Her campaign is not just about the lack of toilets. It is also about the problems owing to the accessibility/availability of public facilities that worsens when it meets the intersection of class, caste and gender. She pointed out the lack of toilets for Trans persons and how they are working to resolve this problem. She shared her experiences of dealing with the gender insensitive authorities and forcing them to give in to their demands.

She ended her talk by asking the audience to focus on the real picture instead of getting swayed by the blurred realities that are sometimes presented to us by the people in power.