Ever since actress Tanushree Dutta came out and accused actor Nana Patekar of sexual harassment, people have been questioning her. One of the many questions thrown upon her is that why was she silent for ten years and speak now? Even celebrities have asked the same question and asserted that she should have done something back then when the incident happened.

What’s the point of speaking up after ten years? In this article, I wish to answer this question.

Firstly, as confirmed by journalist Janice Sequeira, Rakhi Sawant, and choreographer Ganesh Acharya, Tanushree did complain and raise the issue ten years ago. She raised the issue with the choreographer, director, artists, producers association, and also the cops.  However, nothing happened.

On the contrary, thanks to the corrupt legal system, she and her family were traumatised time and again to the extent that she left the country, and her career came to an end. She had signed around 40 films but being on the sets became a traumatising experience for her. Subsequently, she decided to leave the country.

Now, we know that she wasn’t silent. The fact was that she wasn’t heard. And, even if she was silent and would have chosen to be silent for another 20 or 30 years, it wouldn’t have changed the fact that she was harassed. 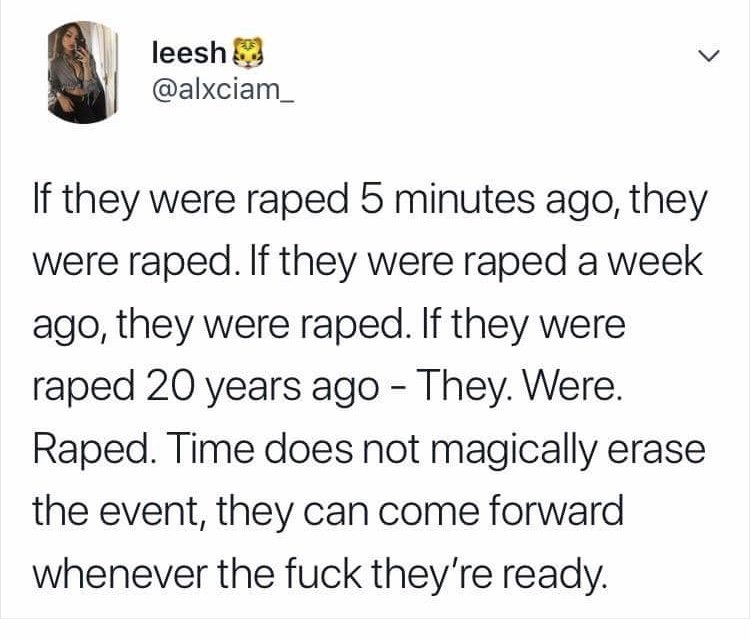 Yes, collecting forensic evidence of rape itself gets harder for the cops, but no such law says you have to report the assault or rape immediately.

Why There Is No Rule On The Timeline Of Reporting An Assault?

Whenever such instances happen, the survivor has a lot to deal with along with the trauma caused. They have to come to terms with what happened to them, why it happened, and accept the reality. The power dynamics make it worse. More often than not, the harasser is someone in a powerful position, and the survivor may have a lot at stake.

1- Fear of losing a job or position

3- Being labelled as a troublemaker and branded unprofessional

4- Fear of not being believed

5- The discomfort of facing questions

6- Shaming/ loss of dignity mentality in our society

When you report an assault, you have to relive the entire incident. Many times your mind automatically blocks out a few parts of the incident because of the ‘freeze reaction’.

Ultimately, it is the survivor who has the right to decide if and when they want to come out with their complaint and nobody can or should blame them for not speaking earlier, or at all.

Unless you’ve been raped or harassed, you won’t ever know what it’s like. It’s so easy to talk big and preach that she should have done this or that, or that if it was me I would do so and so. Worse is when some say that this can never happen to them because they are strong/outspoken. Tanushree too was strong and confident.

She was a bold and beautiful outspoken actress who stood up against the sexual misconduct. And after the incident, she did all that she could. It’s sad that ten years later, our society is still blaming her and finding faults with her.

Recently, I came across a post on social media on the developments related to this case. 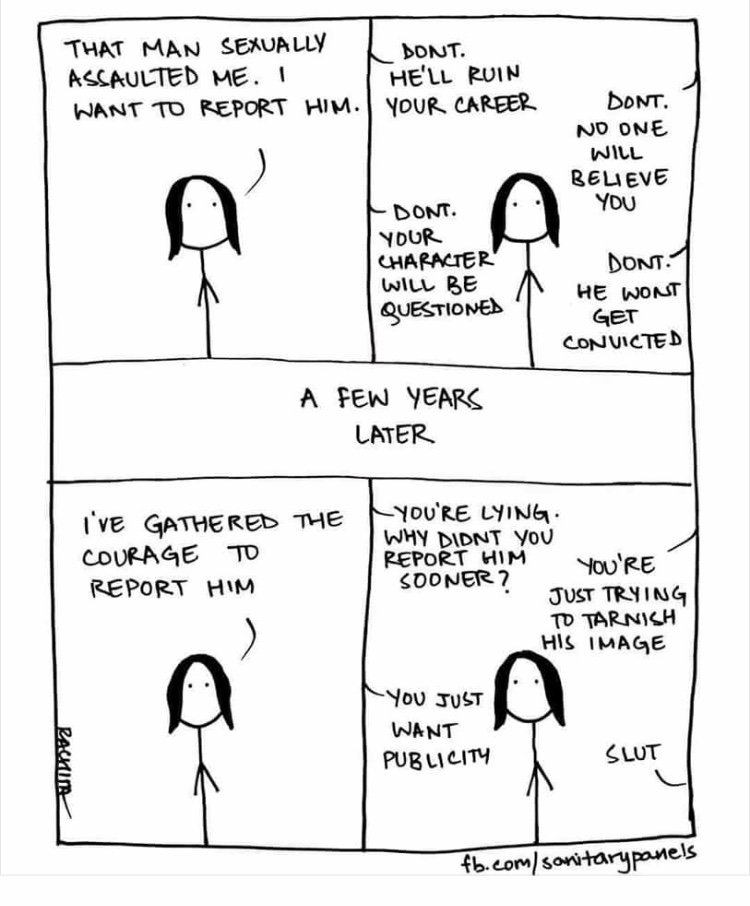 This comical representation pretty much sums up society’s response to a survivor whether she comes out with it minutes later or years later.

Just respect the survivor whenever she gathers herself to even speak about her ordeal. Every time you say mean things about a survivor or try to discredit them, there is a daughter or a sister or a wife around you who decides never to trust you with her ordeal- and believe me, there is one in every house!