Aesthete, Alcoholic, Emperor: A Dive Into Jahangir’s Life And Reign Over Pluralistic India

Editor’s Note: Jahangir was the fourth of the six Great Mughals – great-grandson of Babur, grandson of Aurangzeb, son of Akbar, and father of Shahjahan. The emperor, who reigned from 1605 to 1627, has the reputation of a weak man, at best: an alcoholic with an eye for art and greed for pleasure, controlled by a powerful wife. But far from being a disinterested prince and insignificant ruler, Jahangir showed tremendous ambition and strength throughout his life. Parvati Sharma’s new book, “An Intimate Portrait of a Great Mughal: Jahangir”, reveals this and more, promising to be a detailed and enjoyable read.

When it comes to religion itself–Jahangir’s own religious ideas and beliefs, that is, and not the ‘liberty of conscience’ of his realm–the emperor’s actions present an even more complicated story. His mother was Hindu and so were many of his wives; his father was sceptical to the point of heresy; the two sons he was closest to, Khusro and Khurram, had more Hindu blood in them than Muslim.

Thomas Roe puts it best when he writes that Jahangir was “bred up without any religion at all”– though he might also have added that the emperor would certainly have been bred with an idea of the near divinity of his own lineage. The absolute and everyday power that Jahangir exercised is clear from another of Roe’s anecdotes: if, during the course of his evening durbar, Jahangir fell asleep–often, more accurately, passed out–immediately, the “candles were popped out” and the courtiers crept away, “blindfold dismissed”. As sleep for the emperor was darkness for all, so religious decrees must defer to his whims. Thus, for example, since Jahangir had ordered that no animals be killed on Thursdays, when Bakrid once happened to fall on that day, the ritual sacrifice was duly postponed. On another occasion, while touring Pushkar, the aesthetically minded emperor took exception to a statue of Varaha, the boar-headed incarnation of Vishnu, and promptly, in his words, “ordered the hideous thing smashed and thrown into the tank”. Then, being told of a yogi who preached from a hill nearby, and having decided that the man was a charlatan, he ordered his ashram destroyed too–“the yogi driven away, and the idol that was in the dome smashed”. 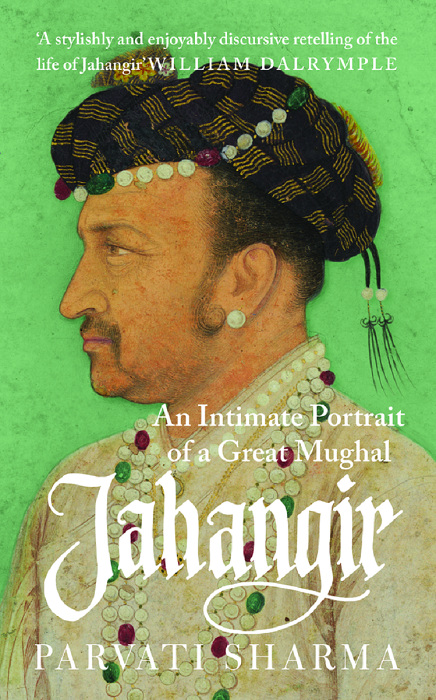 Finally, having evidently developed some deep antipathy towards Pushkar, Jahangir decided to prove that the tank was not bottomless as commonly believed, and had it measured. “In no place,” he writes with satisfaction, “was it more than twelve ells [ten metres] deep.” While they were at it, the emperor’s men also measured its perimeter: it was, he writes, about six kilometres in circumference. Why would Jahangir, whose religious zeal wouldn’t fill a pamphlet, display such aggression in Pushkar? Was it because he had just arrived in nearby Ajmer to rally his troops in their resumed conflict with Rana Amar Singh of Mewar? This was still in the early years of his reign, and he was still as disinclined as ever to actually lead a campaign. The temple, in which that Varaha statue once stood, was built by Amar Singh’s uncle Rana Shankar, and though Jahangir was fond of the uncle (whom he described as “a great amir in our state”), perhaps the emperor was conducting a proxy war upon his nephew through the statue? The measuring of the tank is more easily explained: there was nothing Jahangir wouldn’t have measured and recorded, from a particularly large peach to his favourite elephant or the exact number of animals, arranged by type, that he had hunted down. “Whatsoever he doth, either without or within, drunken or sober,” writes William Hawkins, the English khan, “he hath writers who by turnes set down everything . . . so that there is nothing passeth in his lifetime which is not noted, no, not so much as his going to the necessary; and how often he lieth with his women, and with whom; and all this is done unto this end, that when he dieth these writings of all his actions and speeches which are worthy to be set downe might be recorded in the chronicles.” Then what is the chronicler to make of that poor yogi? It’s hard to say, but this we know: the yogi was no sooner chased away than he was forgotten. A far greater space was occupied in Jahangir’s world by another Hindu ascetic called Jadrup Gosain.

Jadrup was a Brahmin who lived in a cave near Ujjain–which, too, Jahangir had measured. (It was tiny; even “a skinny person would have great difficulty getting in”.) Jadrup’s asceticism impressed Jahangir greatly: how could a man sit in this dark, narrow cave, naked except
for a loincloth, meditating all alone without even a fire to warm him in the winter? As for what he ate and who he ate with, there was simply no contest: Jadrup went to Ujjain once a day to beg for exactly five morsels of food from three of the seven Brahmin families he had shortlisted for the honour. He even swallowed without chewing “lest he derive any enjoyment from the taste”. Jahangir met Jadrup when passing through Ujjain on his way to spur yet another campaign, this time in the Deccan. He went to the cave not once but twice, for three hours each. Thereafter, the ascetic appears many times in his memoirs, and each time because the emperor had a “great yearning” or “another overwhelming desire” to meet him. They always conversed alone, always for hours, and Jahangir always returned from these conversations strangely elated. “Without exaggeration,” he once wrote, “it was hard for me to part from him.” Perhaps there is some indication of how religion was understood, both in Jahangir’s mind and his times, in the way the emperor describes Jadrup. The entrance to his cave, for example, was “shaped like a mihrab”; and the Brahmin was learned in “the science of the Vedanta, which is the science of Sufism”. Such conflation of mosque and cave, of Vedanta and Sufism is not unique, of course, but it is so seamless here, so natural that it comes as almost a shock when Jahangir does assume a difference between Hinduism and Islam.

In the autumn of 1620, on his way south from Kashmir, Jahangir stopped in Rajaor, the population of which had converted to Islam during Firoz Shah Tughlaq’s rule over two centuries earlier. Even so, writes Jahangir, “the heretical customs of pre-Islamic times still continue among them”; these included an Islamicized version of sati, in which widows were buried alive with their husbands. Sati was not prohibited under Mughal rule, though it was carefully administered. Any woman who wished to commit sati required the local governor’s consent, with the governor obliged to ensure that she wasn’t being forced into it. Like many European travellers, Francisco Pelsaert claims to have witnessed a sati. One of his neighbours declared she would burn with her husband, and Pelsaert was part of the crowd that went to watch her do it. Before she climbed upon the pyre, however, the woman would have to get past the usual bureaucratic hurdles. So, having put on her best clothing and jewels, with musicians and singers by her side, the woman went to the governor. The widow was young and pretty, says Pelsaert, and the governor “urged many sound arguments” to try to dissuade her, even offering her an annuity of ₹500
“as long as she should live”. She was unmoved; not “all the King’s treasures” would make her change her mind, she declared, so finally, since “she was taking up far too much time” and since governors were “not allowed by the King’s orders to refuse these requests”, he agreed. Governors, of course, were only representatives of the emperor; it was common enough, according to William Hawkins, for widows intent on burning to come to Jahangir himself for permission. “When any of these commeth,” writes Hawkins, the emperor “doth perswade them with many promises of gifts . . . if they will live”, but never successfully. Eventually, Jahangir would give in, yielding “his leave for her to be carried to the fire”.

Evidently, sati was not a custom the emperor approved of, though he never banned it either. Was this because he was wary of interfering too much with entrenched custom, or because he did not think he had the locus to interfere with specifically Hindu custom? From his
proclamation in Rajaor, it would seem the latter–here, he immediately outlawed widow burial on pain of death. For good measure, he also prohibited the giving of Muslim brides to Hindu men, another of the ‘heretical’ practices of the town. “Taking them is all well and good, but giving them to Hindus–God forbid!”

Why he should have felt this way is an utter mystery to a modern mind. Jahangir was half Hindu himself, his sons even more so; his uncles, brothers- and fathers-in-law numbered many Rajputs among them. His brother, Daniyal, though born to a Muslim mother, was raised
in a Rajput home. And yet, just as whom you ate with defined your ‘race’, so, it seems, whom you married your daughters to defined your pride.

Excerpted with permission from “An Intimate Portrait of a Great Mughal: Jahangir” by Parvati Sharma.

More on Parvati: Parvati Sharma is an acclaimed writer and journalist. This is her first work of history. She lives in Delhi.

More on the book: “An Intimate Portrait of a Great Mughal: Jahangir” has already received fantastic early praise and marks the debut of a brilliant young popular historian. In Shamsur Rahman Faruqi’s words, the book “recalls an India which was religiously tolerant, reasonably open and pluralistic”. Click here for further details.