By shakeel ahmad in GlobeScope, Media

Was Pakistan’s prime minister taking on his China visit with a begging bowl? Not exactly, but on the top left corner of many a TV screen, the Pakistan Television Corporation flashed the unlikable seven-lettered word “Begging” for a good twenty seconds.

It should obviously be “Beijing”, but a typographical error marred the situation. Some might take the mistake as a word put behind social, cultural, religious, and political contexts. We generally find misspelt words painted on the heavy vehicles—particularly trucks—in South Asia. But that was a grave mistake, on the news channel’s part, regarding the Pakistan prime minister’s official visit to China. How could the Pakistan government tolerate such off-beam words? The spelling looked inaccurate, however, the meaning behind the misspelt word changed the situation completely. Still, the newly elected PM, Imran Khan, faced life stoically. 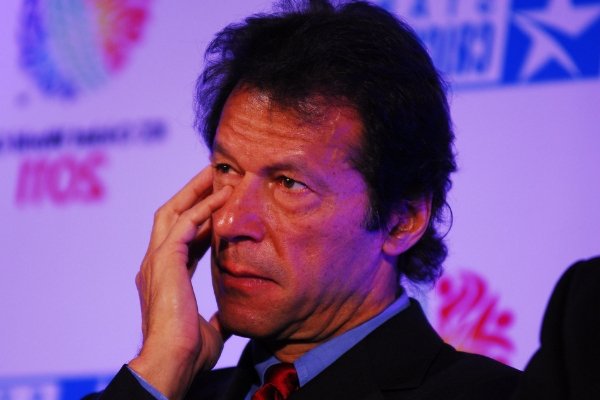 If Pakistan Television failed to locate the wrongly written word during its telecast of the prime minister’s speech in Beijing on November 4 for a good length of 20 seconds, how can an uneducated can driver identify “Sent Mary” written in place of “Saint Mary” in India? Are computers incapable of correcting these spellings? Time passed as avid news viewers waited with bated breath as the erroneous word “Begging” was continuously shown. During this live broadcast of the Prime Minister’s Beijing speech, directly from the Central Party School in China, the people of Pakistan were puzzled at this flaw. It soon turned into the matter of ridicule.

It was felt that this mistake took place due to his country’s poor position in the economic field. His visit, as media reports said, was aimed to secure financial support for his cash-strapped country.

The officers acted instantly and strict action under defined rules was initiated against officials responsible for that glaring error. The broadcaster apologised, calling the incident regrettable. A probe has also been ordered, herewith. Oh, what a gaffe! Notwithstanding, it was that spelling disability which was indubitably reasonable to upset the army-backed establishment.

Is A Chinese Boycott Possible In Presence Of The Capitalistic Indian Bonhomie And Crony Chinese?