The Hidden Meaning Behind The Yin And Yang Symbol

By Anurag Barman in Latest

Many of us have seen this circular Hisymbol with a dark and bright portion enclosed inside it. Although it looks simple, yet it has a deep meaning hidden behind it, symbolizing our life and the universe. This Chinese symbol is known as yin-yang where yin forms the black portion with a white dot and yang is the white with a black dot. It originates from the Chinese philosophy of Taoism. In simple language, the yin-yang describes how seemingly opposite or contrary forces tend to balance each other in the natural world. 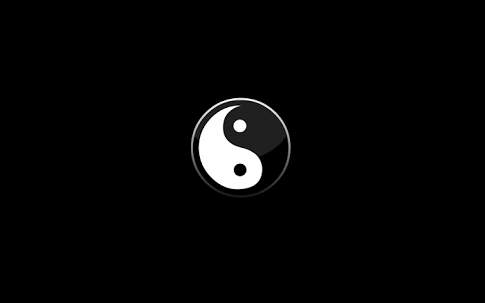 The symbol doesn’t signify any religious philosophy but is based on the observation of nature which can be interpreted in several ways to explain the coexistence of good and bad in everything. Yin may mean shadow, softness, silence, cold, passive, femininity whereas yang may portray light, hardness, noise, hot, active and masculinity. The most basic illustration of the yin yang theory can be understood by time. Yin-yang can represent night-day which can be further simplified by saying that both of it repeats itself in a cycle to maintain the balance of each other. Similarly, it can mean birth and death. There is a collective balance of yin and yang energy which is complementary, interconnected and interdependent in whole. Just like people can’t work without rest, there must be a counter force to every other thing.

Also known as the Taijitu symbol, it exemplify that differences are natural. Folks are always fed up with the ideas of conflict while fighting for good over evil and trying to put an end to the dark side. But as nature itself says that we can’t have a north pole without having the south pole in a magnet. Similarly, we need to accept the opposite sides of anything to live in harmony. Nothing is absolute because change is spontaneous. Even in the symbol, we can see that there is a white spot in the black portion and vice versa which means there is a positive essence in every dark side and a sense of distrust in the bright face. In our daily life, we can experience loneliness in happiness and light moments in difficult times.

It is impossible to talk about yin or yang without some reference to the opposite, since both are bound together as a mutual whole. So in life, we must live according to the nature cycle. Balance is between all of us. We just need to embrace the change rather than becoming anxious and resisting it. Be it our health or lifestyle, we must balance the yin and yang energy to live in harmony. Starting from defining the existential happenings to be accepted as a central principle in many Chinese martial art forms, the relationship of yin-yang remains as an indispensable foundation to the universe.