In A Small Town In Madhya Pradesh, People Of All Religions And Castes Come Together In Harmony

By Akshay Bhandari in Latest

The participation of Hindus, Muslims, and people of other religions and castes in a traditional event—in the town of Chaurasi, Rajgarh Nagar, District Dhar Tehsil of Madhya Pradesh—gives a message of unity in diversity in diversity. 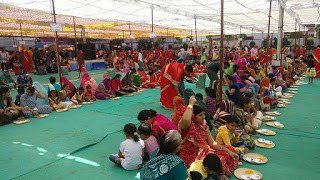 Unity in diversity has always proved India to be a great country. India is a country where it is very clear that there is diversity. People of many religions, caste, culture, following different traditions live together.

On this side, more than 20,000 people, where Hindus, Muslims, Jains live in harmony. This is the specialty of this city, where people of all races take a cue together on one occasion. It is known as Nagar Chaurasi in the people’s language, with the participation of the city bhoj or Sarvsharma society logo. Since 2000, it attracts some 15,000-20,000 people. More than 18 cities have become chaurasis. It is not an exaggeration to call it one of India’s oldest traditions.

Rajgarh town reflects the behavior of every society, the message of peace and freedom to one’s faith in one’s own style. It is an inspiration that we all are one.

Opinion: Justice For All Genders Is What India Needs, Not A Divided Society